On March 19, 1928--85 years ago today--the most popular program of radio’s golden age made its debut in Chicago. The show was “Amos ‘n’ Andy.” The title characters were two African-American men who had moved from the South to a big city in the North.

Amos was played by Freeman Gosden, and Andy was played by Charles Correll. Both men were white. They did their show in what they considered Southern black dialect. 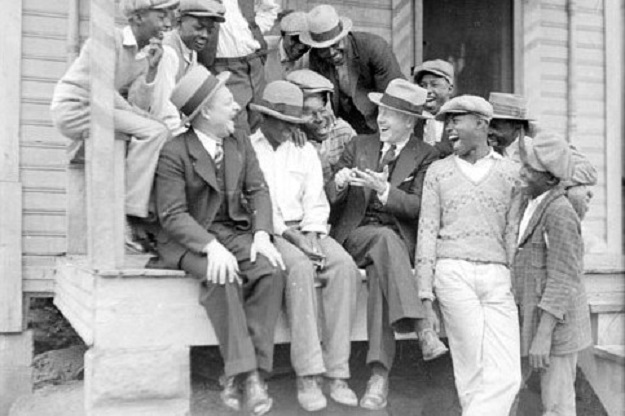 Gosden & Correll had been doing a similar program called “Sam ‘n’ Henry” on WGN. When they moved to WMAQ on this date, they had to change the names of their characters. Within a year, “Amos ‘n’ Andy” went national. Within another year, it was the biggest thing on radio.

The original show ran six days a week with continuing story lines like a soap opera. Listeners really got involved. The program was so popular that many theaters would halt their movies at “Amos ‘n’ Andy” time, and pipe the radio broadcast right into the auditorium.

As time passed, most episodes revolved around the head of the local lodge. Known as the Kingfish, he was usually involved in some shady scheme that would later backfire. Huey Long, the famous senator, was called the Kingfish by his followers, and considered the nickname a badge of honor.

What did African-Americans think of “Amos ‘n’ Andy”? The answer was unclear. Some black people said they liked the show, some said they did not. The Pittsburgh Courier organized a boycott, but abandoned it after a while. 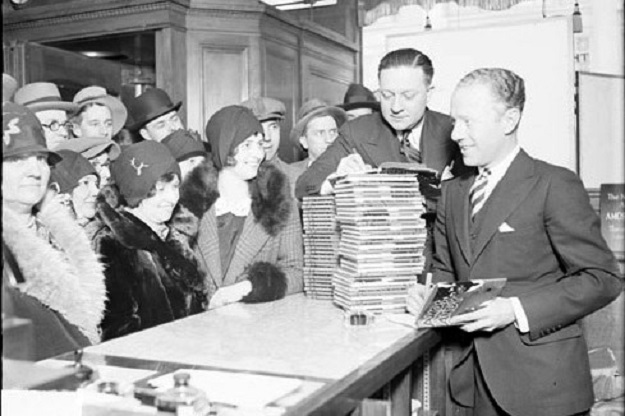 “Amos ‘n’ Andy” became a TV show in 1951. During their early days on radio, Gosden & Correll had actually made a feature film in blackface. That was a mistake, and they admitted it. They continued doing the radio show, but now put African-American actors on the tube.

The TV program ran two years on CBS, then went into syndication. Gosden & Correll ended their radio run in 1960. Pressure from the NAACP convinced the network to pull the TV reruns off the air in 1966.

“Amos ‘n’ Andy” remains controversial. Critics claim it was demeaning and reinforced stereotypes. Others say that the TV show was never as offensive as the radio program, and that it did provide a showcase for many African-American actors.

Here’s a thought. A few years ago, Jackie Gleason’s old TV show “The Honeymooners” was made into a movie, but with a black cast. Why not remake “Amos ‘n’ Andy” with a white cast?

Personally, I think Bill Murray would make a dandy Kingfish.