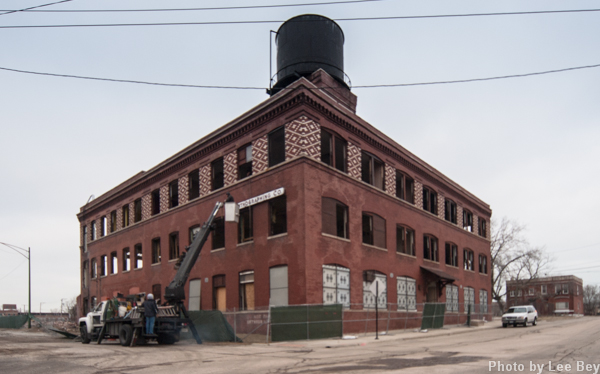 Goes Lithographing Company was a Chicago fixture for better than a century, with stock certificates, iconic colorful posters for the 1933 World's Fair, the Illinois Central Railroad--even President Obama calendars--rolling out from its Washington Park neighborhood plant.
Built in 1904, Goes building was a bit of an icon itself: a handsome 75,000 square-foot complex with a three-story main building topped with Flemish diagonal bond brickwork and masterfully-done brick dentils. Tucked away at 61st and Perry, the family-owned business was a remaining bright spot in the neighborhood's long-faded industrial corridor.
But no more. In 2010 Goes left and moved 92 miles north to the town of Delavan, WI.  And now within days, the company's 109-year-old former building--a beautiful example of early 20th century industrial architecture--will be demolished. Northfolk Southern Railroad bought the building and will build a truck depot on its site. The company has a railyard nearby at 63rd and State.
Goes president Chris Goes said the company decided to move after discovering vibrations from passsing trains would jostle sensitive new presses.
"The vibration of the railroad would affect the quality of the print on an electronic printing press,"  said Goes, whose great grandfather built the structure. "The railroad created too much vibrations when it passed."
In addition, Goes said the old building wasn't fully air-conditioned. And the city wasn't much help in keeping the area around the building clean or enforcing better upkeep of the nearby railroad embankment, he said.
"I would say as far as manufacturing goes, they don't give a good goddamn," Goes said of the city. "So were up here in Delavan, continuing our business."

Workers were removing Goes signage from the building when I visited last week with my camera. The plant's low-rise north wing had already been demolished along with an adjoining exterior wall of the main building--revealing the bones of the structure and its interior spaces. 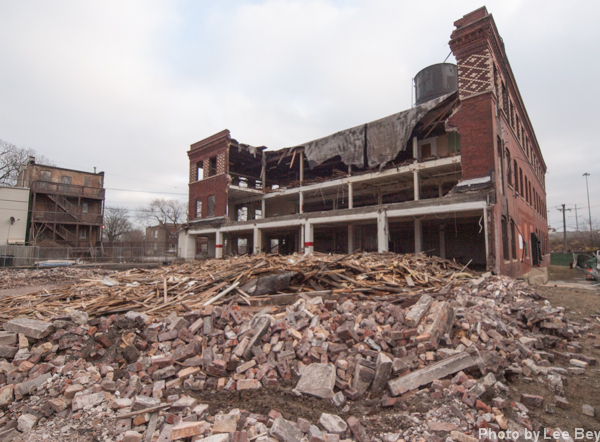 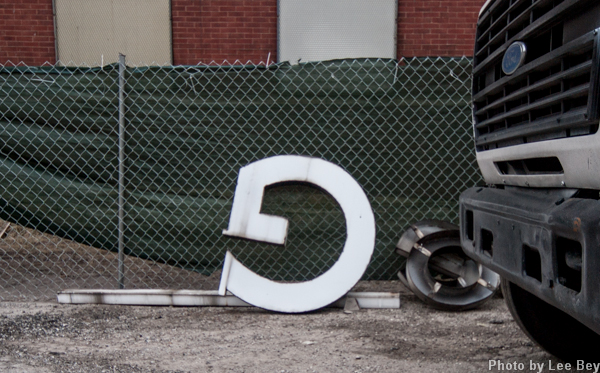 I took a peek inside the building: 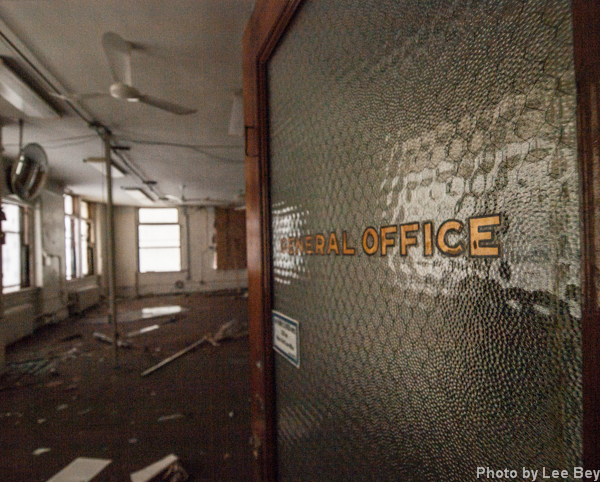 A section of signage is lowered to the ground: 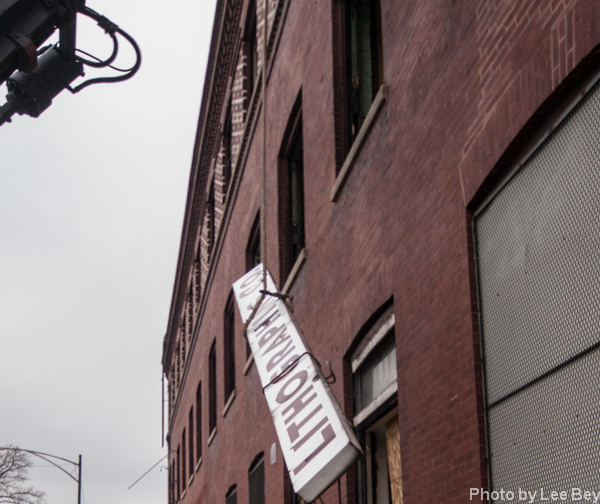 If only the building could have been reused. Artists' space. A business incubator. Manufacturing of a different kind. Anything but demolition.
At least with a truck depot there, the land won't become yet another vacant South Side lot.
"Which might be a good thing because [the site] is still active," Goes said.
"But it might be a bad thing because everything in the trucks is made in China."