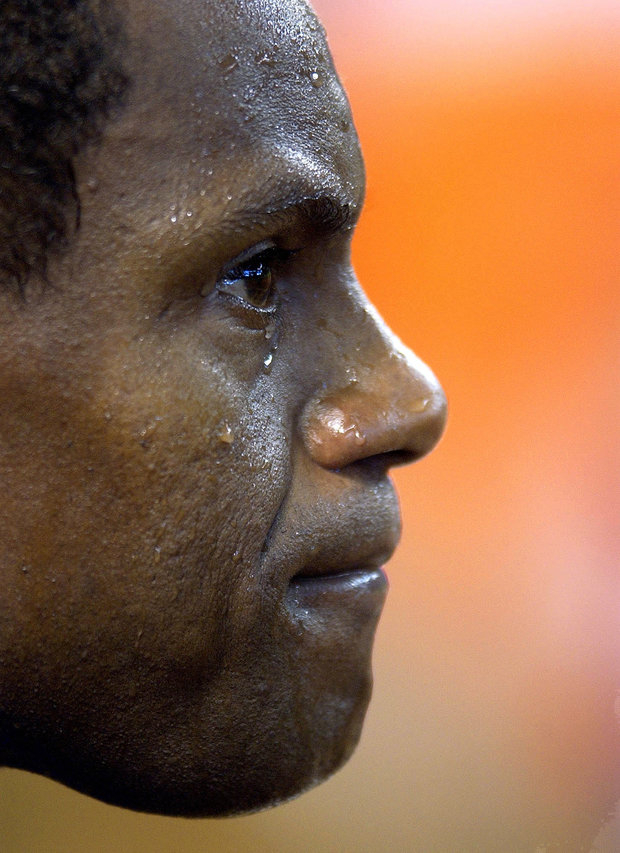 Today is an anxious day for some former Chicago baseball players—will the Hall of Fame ring their phones and give them good news about gaining entrance? There are a few players that played in Chicago, Tim Raines (White Sox) and Lee Smith (Cubs) that are getting some serious consideration.
There is one that is eligible that is likely not getting the call and probably never will: Sammy Sosa.

A silent phone for Sosa:

This is his first year on the ballot and there appears to be no support for the former Cub slugger. Sosa finished his baseball career with 609 home runs (three seasons with 60 or more) and is eighth on the all-time list for that statistic. In the past few years, the players that are considered tainted by the steroids have been filtering into the list of possible candidates—none have made it. This year the list is peppered with several that have been implicated or are considered likely users of the performance enhancing drugs which includes the former Cub right fielder. In 2009, the New York Times reported that Sosa had a positive test in 2003. There was never an admission by him to confirm he had taken any drugs to help the Cub slugger become one of baseball's prolific home run hitters of his era—there were strong physical indicators he likely did. Couple the change of his body with his performance in front of Congress in 2005—remember he forgot he knew English, therefore sidestepping all questions—the conclusion by the media was Sosa "juiced".

You can't forget the exciting quest to break the home run record with Mark McGwire in 1998. Sosa smacked 66 home runs that year and the Cardinal first baseman hit 70. Since then both men have been labeled cheaters and their accomplishments considered fraudulent. McGwire finally came out two years ago and admitted his steroid use. In a Fox Sports radio interview this November, McGwire commented on the costs of using the drugs: “It's a mistake that I have to live with for the rest of my life. I have to deal with never, ever getting into the Hall-of-Fame.”

McGwire has been involved with baseball as a hitting coach with St. Louis and now the LA Dodgers. Sosa has remained isolated from the game.

The steroid cloud has become a silver lining for others:

There seems to be a major push to look at players that preceded the cloud of steroids with a new view. Many believe that is why former Cub Andre Dawson was able to gain entrance a few years ago. It seems to me his numbers did merit the vote. Dawson’s success was overlooked for years because he played in obscurity in Montreal and was an MVP for a last place Cubs team. For whatever reason this year, Tim Raines is now getting a closer look by the Hall of Fame voters. Like his best friend, Andre Dawson, Raines had his best years in Montreal. He played twenty three years, had a lifetime batting average of .294, stole 808 bases and won the National League batting title in 1986. With the White Sox, his best season was 1993—the division title year. Raines hit .306 and had 16 home runs that season. In the post season he hit .444 and scored five runs in the series loss to Toronto.

He was one of baseball’s best lead-off hitters and base-stealers. Raines was a seven time All-Star with the Expos. He coached first-base for the White Sox during the 2005 championship season. This is his sixth year on the ballot, last year he received 47 percent of the vote (75 percent is needed).

The other former Chicago player gaining support is Lee Smith. The big-power pitcher began his career with the Cubs in 1980-1987. He would pitch an addition ten years and finished with 478 saves to his credit. Although relief pitchers have been elected to the Hall of Fame in recent years, it has eluded Smith. He was used primarily for one inning—but he usually dominated the batters he faced. Smith has been eligible since 2003 for the Hall of Fame. Last year he earned 50 percent of the vote.

Who knows what the voters will do—the system is in the hands of baseball writers. Once a writer gets to vote, he or she has that right forever. What is interesting is many no longer cover baseball (or had a short stint) and you wonder how much thought is put into it. This is not to impugn the ones active or retired that have followed the game closely and diligently cast their vote. With the print industry struggling, the Hall of Fame may consider revamping the voting process.

As for the next class, it will be announced at 1 p.m. Wednesday and the induction is July 26 in Cooperstown, NY.

Hope the phone rings loud for a couple of former Chicago players.