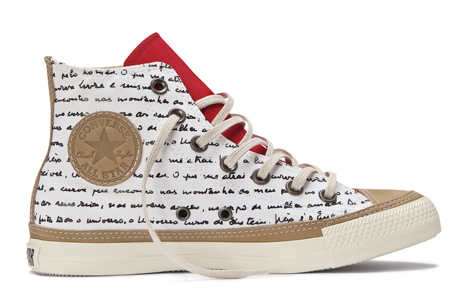 The last work of famed modernist architect Oscar Niemeyer who died two weeks ago at age 104 might not be a building, but a line of shoes he designed for Converse.
Niemeyer, best known for the visually-striking buildings of the Brazilian capital city of Brasilia, created a line of shoes that was released about six weeks before the architect's death — and went relatively unnoticed in the United States. The shoes feature words from a Niemeyer poem, written in Portuguese, in which he famously said his architecture was inspired by Brazil's mountains, bending rivers and curvy women.
Converse released the line on October 23rd in celebration of its 104th year in business. In a news release, the company said the five new shoes were designed "with a nod to Niemeyer’s legendary curve and his creative, rebellious point of view." 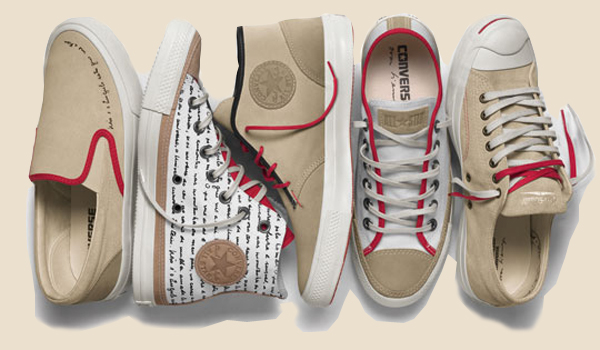 It might sound a bit like naked capitalism — like when Halston designed clothes for J.C. Penny — but it likely wasn't from Niemeyer's point of view, at least. The Brazilian-born architect, who was once president of the country's communist party, created his Converse chukka boot (third from the left in the above photo) as homage to an unbuilt anti-torture monument he designed in Rio de Janeiro. Other shoes in the line also carry political statements, according to Converse.
Niemeyer also desiged a line of jewelry for H. Stern a few years ago:
The Converse shoes are only available in Brazil — for now at least. They cost the equivalent of $85 to $135.