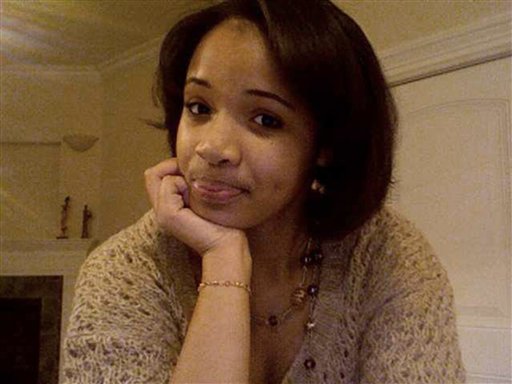 'THANKING GOD THAT THESE TWO GUYS ARE OFF THE STREETS.' That's the father of 15-year-old Hadiya Pendleton, reacting to news two reputed gang members have been arrested for shooting and killing her last month -- a crime that brought a national spotlight to Chicago's gun violence.
* Victim's parents in D.C., alongside Michelle Obama for tonight's State of the Union address.

UM, MR. PRESIDENT ...? Why isn't President Obama giving interviews to newspapers?
* "Build your opponent a golden bridge to retreat across." -- The bit of ancient Sun-Tzu philosophy someone close to the president says he'll apply to Republicans in his State of the Union address tonight.
* The Atlantic: The state of the union is always 'strong.'
* Ted Nugent will be there tonight, too.
* Microsoft promises "largest interactive State of the Union experience in history" on Bing.com.

CHICAGO'S SAY ON  NEXT POPE. Cardinal Francis George could play "a powerful role" in choosing the replacement for Pope Benedict XVI, according to the Tribune's Manya Brachear.
* Three members of Congress older than the pope.
* The Onion: "Resigning Pope No Longer Has Strength To Lead Church Backward."

ANOTHER iPHONE UPDATE. Just a few days after updating the iPhone operating system, Apple's released an update update, apparently to fix a power problem.
* Report: Google may be paying Apple $1 billion a year for iPhone search default slot.
* Apple CEO also to be Michelle Obama guest at State of the Union tonight.

SUPERMAN'S GAY-RIGHTS PROBLEM. Some fans are outraged at DC Comics' selection of science fiction writer Orson Scott Card, who's opposed legal recognition for gay marriage, as next writer for the Adventures of Superman series.

ANNOUNCEMENTS.
* How's this blog working for you? Comments and suggestions always welcome. Email us.