Toronto-based artist Viktor Mitic is using an old coupe as his latest canvas. The artist said he brought it to a gun range where 6,000 rounds of ammunition were blasted into the car. Mitic said the piece aims to show how powerful and destructive guns can be. 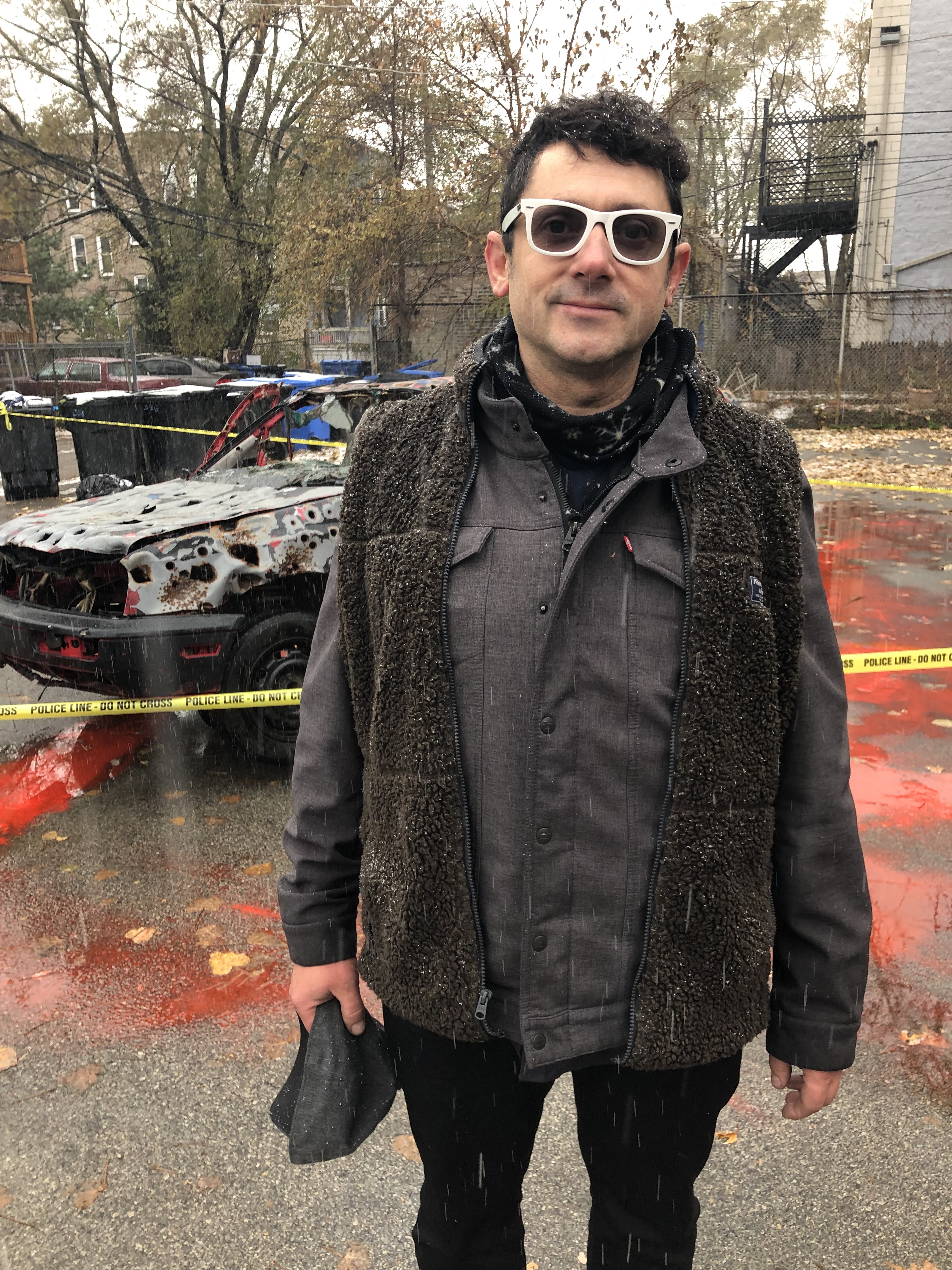 Humboldt Park resident Annette Marie Flores knows firsthand how gun violence affects a community. She wore a sweatshirt with what she said was a picture of her son, Neftali Reyes, Jr., who was shot and killed on Dec.19, 2017. Flores said her son played baseball at Roberto Clemente High School in Humboldt Park and that he received a scholarship to play in college. She said when she gets sad and misses him, she thinks about how strong her son was — “a unique and beautiful soul, so strong.” 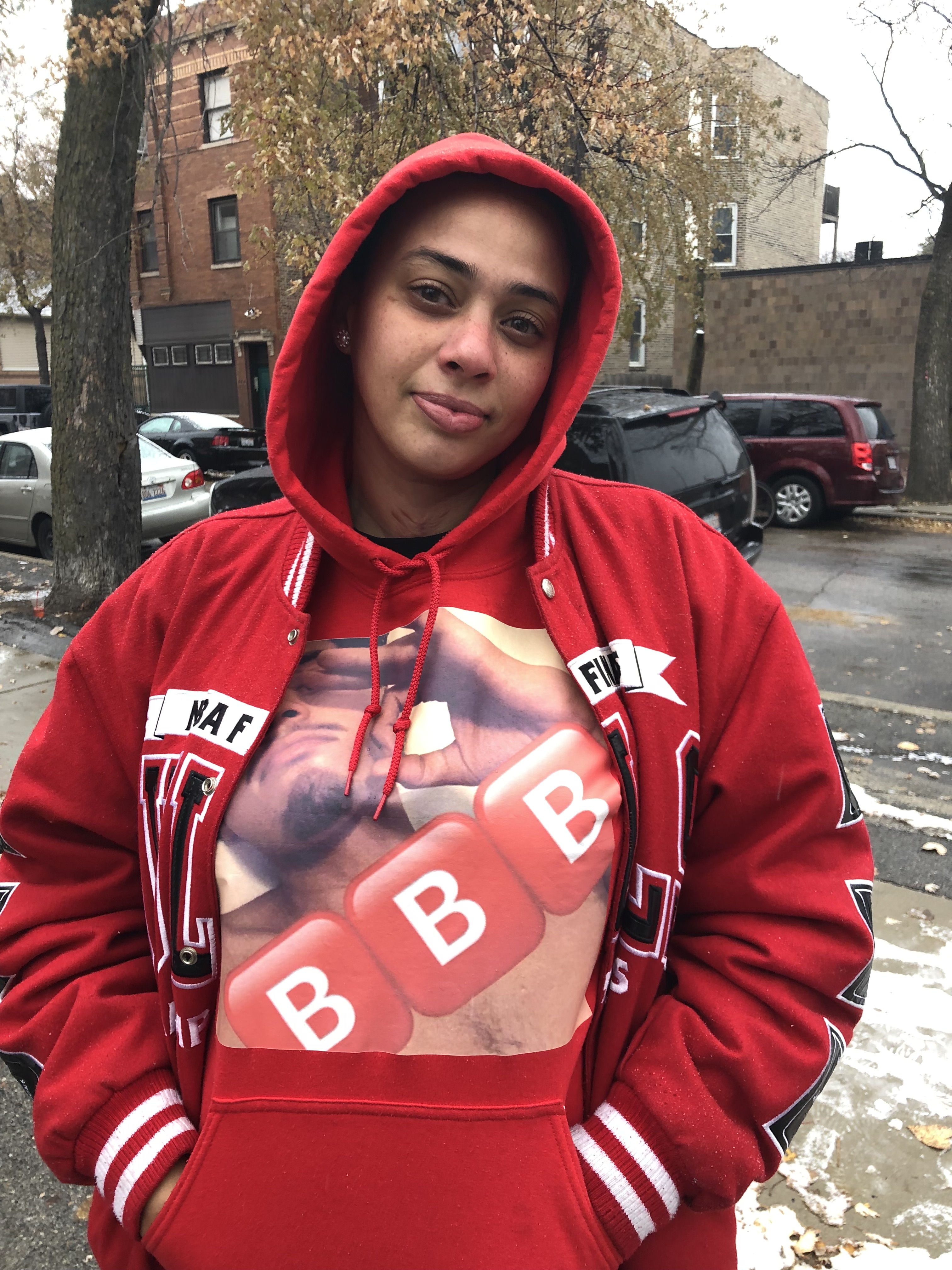 Mitic said he took a car to a gun range in Toronto and had 6,000 rounds of ammunition blasted into it. To complete the scene, he splattered orange paint on the pavement to look like blood and drew a chalk outline of a man’s body. Mitic said he hoped the work would show the deadly effects of gun violence. He said some people think the car is too much to take in, but that’s the point. 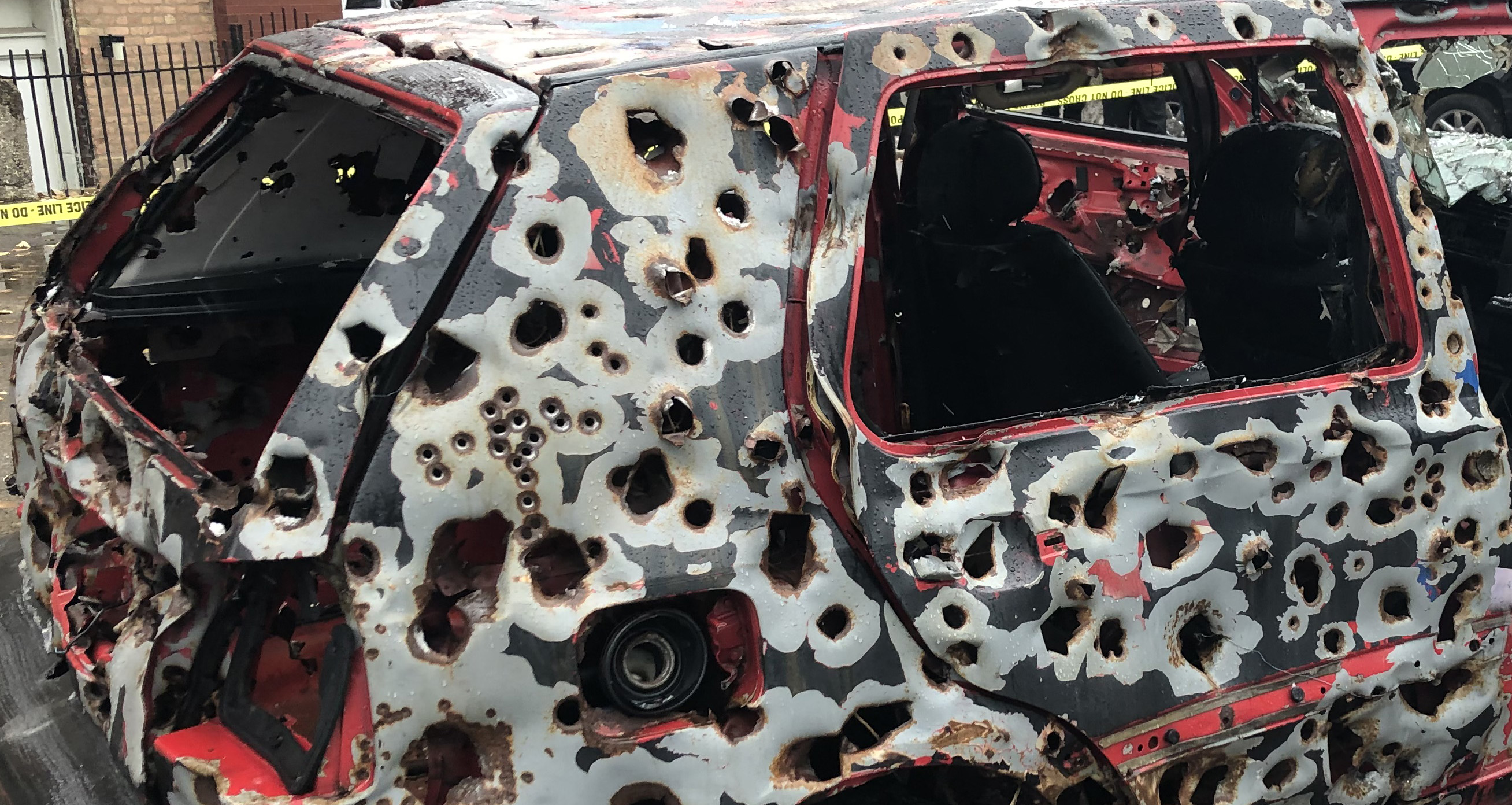