Skip to main content
Indiana gun owners listened closely this week as President Barack Obama outlined executive steps that he says will curb gun violence. One action would take direct aim at the so-called “gun show loophole,” where private sellers are not required to conduct a background check.
“Anybody in the business of selling firearms must get a license and conduct background checks or be subject to criminal prosecutions. It doesn’t matter whether you’re doing it over the internet or at a gun show, President Obama said from the White House on Tuesday.
Gun shows are big business in the Hoosier state. In Northwest Indiana there’s one happening nearly every month.
The latest occurred in Crown Point in December at the Lake County Fairgrounds. Nick, a Schererville resident who declined to give his last name, attended the show with his father.
While he acknowledged the loophole, he wasn’t convinced that closing it would make much of a difference.
“Look at the gangbangers in Chicago. Do you think they all have carry cards? No,” he said. “[Do] we need more laws? No you don’t. You need to enforce the laws you have.”
But those in favor of stricter background checks say the law they need doesn’t exist.
“There are individuals at these gun shows that are skirting the law. They are called private dealers,” said Lake County, Indiana Sheriff John Buncich.
Buncich’s headquarters is just down the road from where the Crown Point gun show was held. He said he has tried to shut down the gun shows but other county officials have ignored his calls.
“What we found is that in the parking lots of a lot of these gun shows, individuals will conduct illegal sales,” Buncich said.
Law enforcement officials say many of those guns end up on the streets of Chicago and contribute to violence. 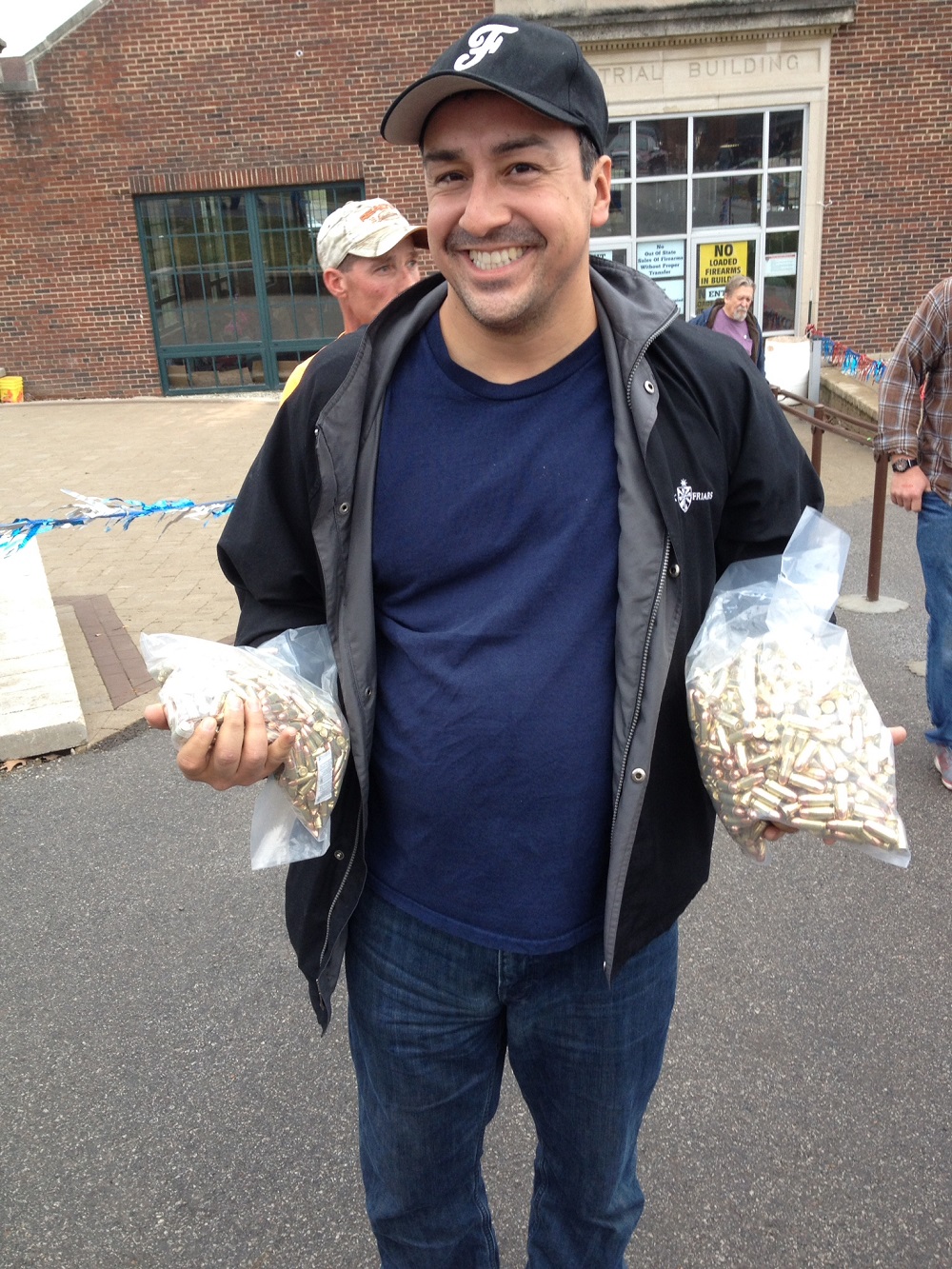 But Chicago resident Felix Gonzalez, who walked out of the gun show with two big bags of bullets, said tougher gun controls ultimately hurt law-abiding citizens.
“It punishes the railroad worker who lives in these bad areas, the young middle-class black family who basically has been denied the right to protect their family,” Gonzalez, who also serves an a firearms instructor, said.
Inside the show, a crowd of hunters and sportsmen perused tables filled with semi-automatic rifles, pistols and ammunition of every size and type.
Vendor Tom Huffman, a retired police officer from Kokomo, Indiana, drove two hours to sell his wares at the show. His company, called Tommy Guns, is federally licensed and performs background checks right on the spot.
“I can sell a gentleman a gun. It will go through, be perfectly fine because he cleared all the background checks. He takes it home, keeps it a couple of weeks, sells it to his neighbor. His neighbor has no background check or anything,” Huffman said.
Huffman says that’s where the problem lies.
“If we didn’t have the private sales and things it would stop a lot of these guns getting into the wrong hands,” Huffman said.
In his speech Tuesday President Obama said a majority of gun owners nationwide support stricter background checks.
In Indiana a recent survey by Ball State University found that 83 percent of 600 Hoosiers polled support background checks for private gun sales.
But Indiana state Rep. Jim Lucas isn’t among them. He’s a southern Indiana Republican and one of the National Rifle Association’s biggest supporters. He says the President’s executive actions “did nothing” to make people safer.
“Every mass shooter, or the vast majority of them, have passed background checks,” Rep. Lucas said. “And the Department of Justice has shown that less than 2 percent of criminals get their guns from gun shows.”
On the same day Obama outlined his executive orders, Lucas introduced his own two pieces of legislation at the Indiana statehouse. Both bills are aimed at expanding — not reducing — access to guns.
(Reporter Ryan P. Delaney of WFYI in Indianapolis contributed to this report)
Michael Puente is WBEZ’s Northwest Indiana reporter. Follow him on Twitter @MikePuenteNews. Mike is also on Facebook, Instagram and Snapchat @Mike ‘Miggy” Puente.