Illinois Attorney General Lisa Madigan has released a list of the top ten scams of 2015. There’s identify theft and unfulfilled promises from home contractors, but education is also on the list. Madigan says that category has two parts. 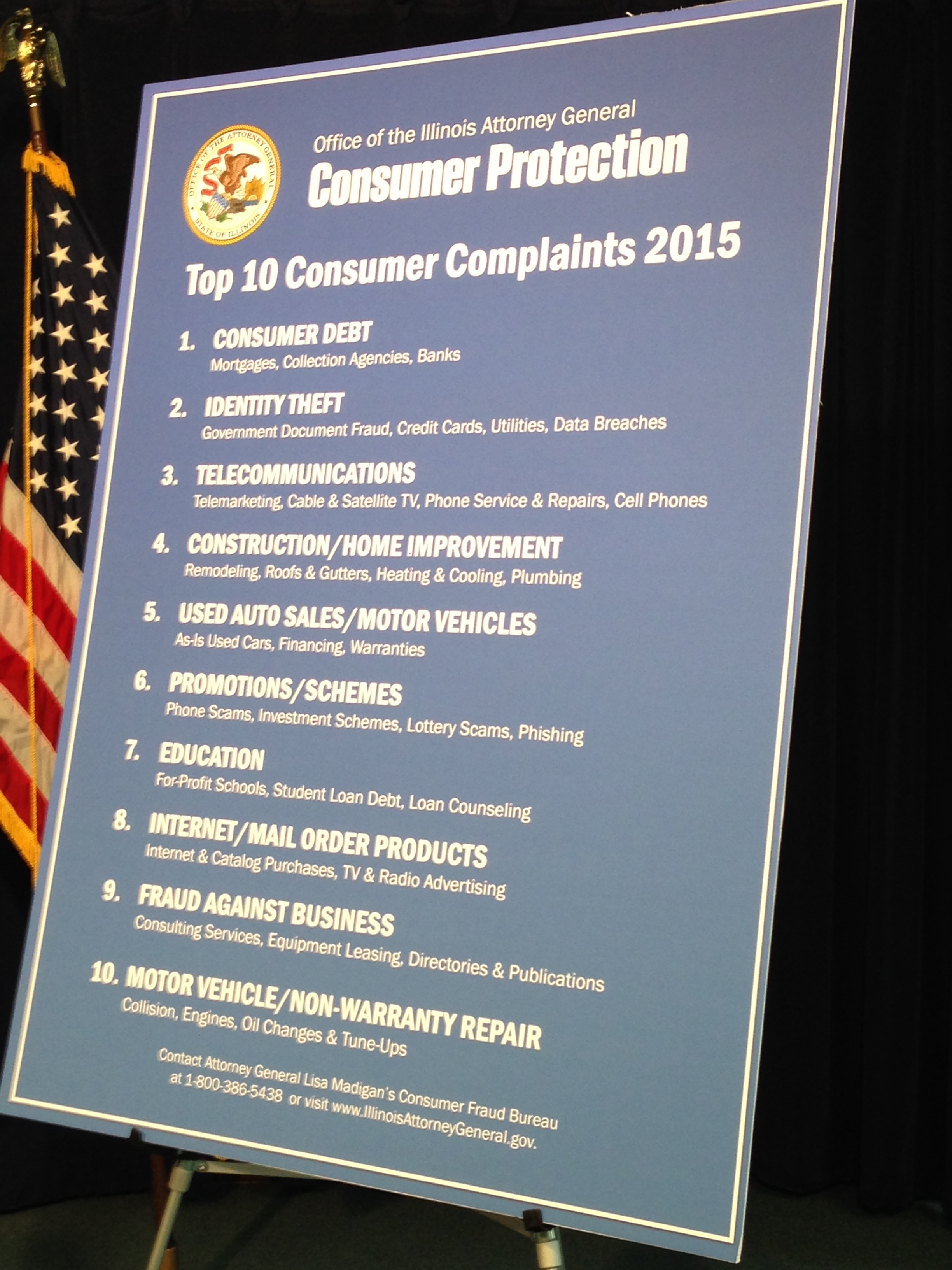 “[There is both] the rise of the predatory for-profit colleges as well as the large amount of loan debt that students have accumulated that account for this,” Madigan said.

The Attorney General says last week she filed an eighth lawsuit against one company promising free help to students desperate to repay their loans.

“Once you end up on the phone with the scam artists,” Madigan said, “they then say to you ‘and now we want an upfront payment.’”

Madigan says out of 25,000 complaints filed with her office, more than 1,500 came from students.

Yolanda Perdomo is a reporter at WBEZ. Follower her at @yolandanews