The near-daily revelations of sexual assault by high-profile actors, journalists, and politicians are part of a “Harvey Weinstein moment” that will last “more than a moment,” said award-winning author Margaret Atwood on this week’s Nerdette.

“But how much more than a moment, it remains to be seen,” Atwood said. “I think it will be a point of reference for some time.”

Two of Atwood’s works of speculative fiction, The Handmaid’s Tale and Alias Grace, were recently adapted into timely TV series on Hulu and Netflix, respectively.

Atwood talked to Nerdette co-host Greta Johnsen about the TV adaptations of her work, how her take on feminism has changed in recent years, and what needs to happen to make sure the “Harvey Weinstein moment” isn’t just a moment. Below are highlights from the conversation.

On sexual assault and learned behavior

Margaret Atwood: Let us say that not all male people behave this way. So it might be interesting to talk to some of the male people that do not behave this way and find out what their home was like, because I think you learn this stuff pretty early.

On declaring ‘Women are people’

Atwood: You don’t want [feminism] to be an enclosed circle. You also don’t want it to be limited to this definition or that definition, because there are a lot of definitions. It’s like, OK, Christian — what does that mean? Does it mean the pope? Does it mean a snake-handling cult somewhere in the South? What are we talking about here? And there are very, very many varieties of things that people might put under that umbrella.

And that umbrella should have written on the outside of it: “Women are people.” Once you’ve got to “women are people,” you’re over the first hurdle.

Greta Johnsen: That seems like a pretty easy-to-approach definition. Who can argue with that?

On her relationship with feminism

Atwood: It is a complicated relationship. The main thing you don’t want to do is be shoved against the wall and told you have to be somebody’s Muppet — that you have to have exactly the same views that they have. But as I said, it is a big umbrella with many different variations, and if we can all agree that women are people, we’ve got a good starting point right there.

Mind you that there are pluses and minuses to being people, are there not? There are. All the bad things that people do to people are done by people. So, you don’t get off the hook from the bad things that people do because you’re a woman. Right? All that range of behaviors is also available to you, although you’re less likely to do some of it than people who are not women. 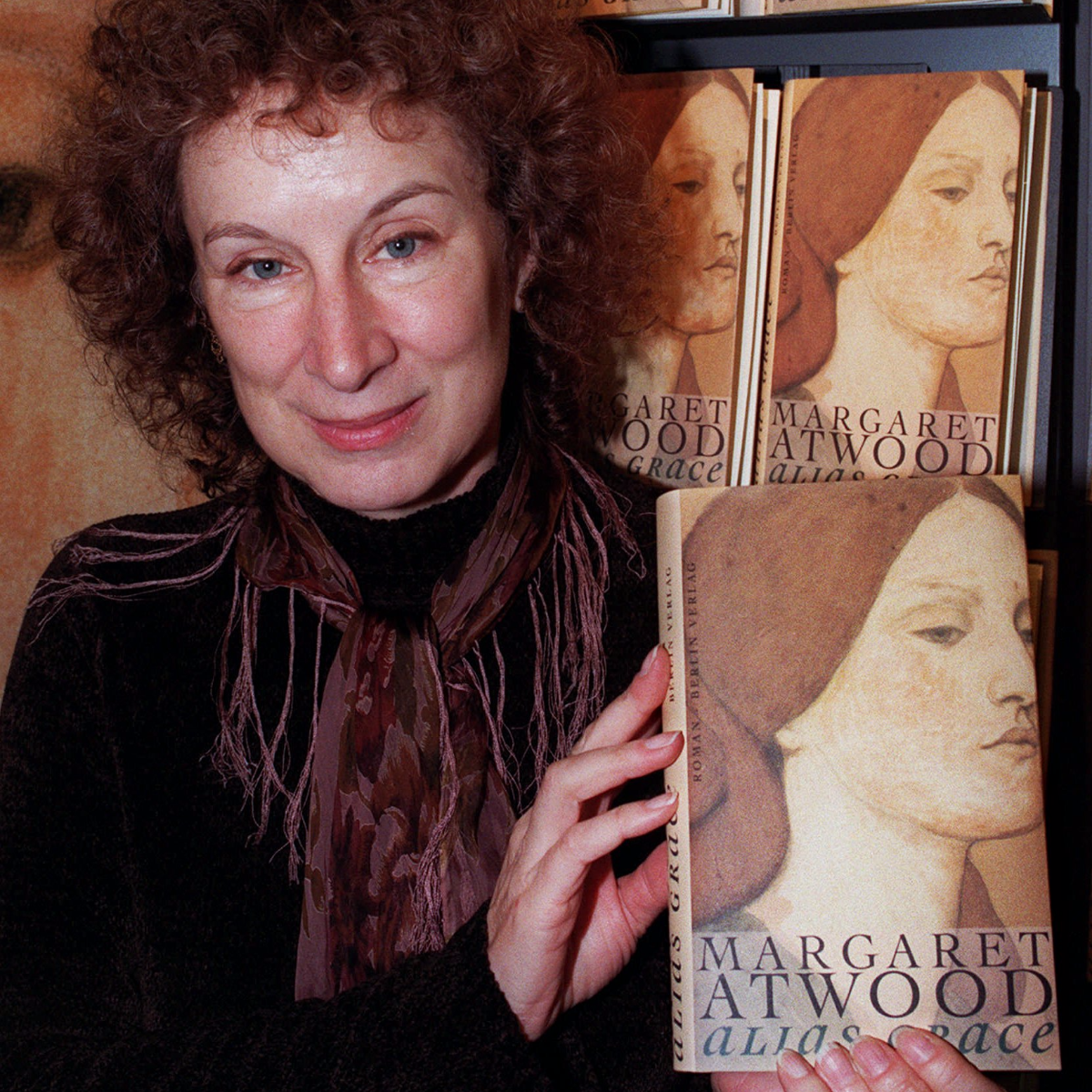 Atwood: Alias Grace, that show has been 20 years in the making, but it happened to hit right at the time of the Harvey Weinstein moment.

One of the actresses said, “Well, I read that book back in the ’90s and I thought, ‘Well, yeah, that might’ve been then, but we’re over that now. We’re not doing that kind of thing anymore.’”

A Better ManHomework from Margaret Atwood: Watch the documentary

Atwood: It was made by a woman who, when she was in her teens, lived with a boyfriend who beat her. She was running on the street being pursued by this guy. Years later, she bumps into him on the street — the same guy who beat her. He was only a teenager at the time. She enters into a conversation with him, and it turns out he doesn’t remember a lot of it. She asks if he would be open to being in a documentary in which they explore what happened, and why it happened. Miraculously, he says yes.

Her point of view is that we need to talk to the people who do these kinds of things and find out why they do them. In their own minds, what are they doing? That’s what the documentary is about. She was pretty courageous to make it. He was pretty courageous to make it. We gather, but are not told, that he had some abuse in his childhood past. This movie is making considerable waves because it is an unusual approach.