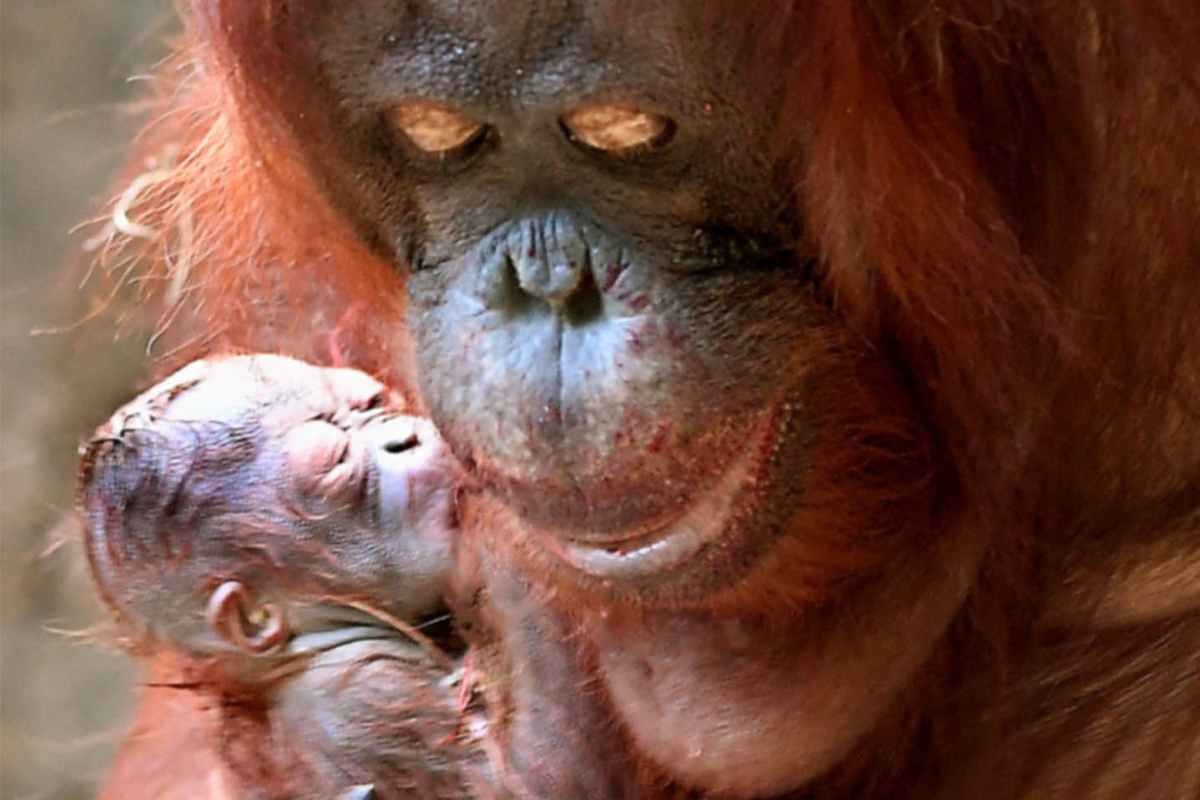 BROOKFIELD, Ill. (AP) — A 2-week-old baby orangutan has made her debut at suburban Chicago's Brookfield Zoo.

Zoo officials say the unnamed female Bornean orangutan was born Dec. 20 to 35-year-old Sophia and father Ben and made her first public appearance Tuesday at the zoo's Tropic World: Asia habitat. Zoo officials say she can be seen most mornings, continuously clinging to her mother.

Bill Zeigler, who is senior vice president of animal programs for the Chicago Zoological Society, which runs the zoo, called the birth "significant to the zoo population." He says hopefully it "will help raise awareness about the threats facing orangutans in the wild."