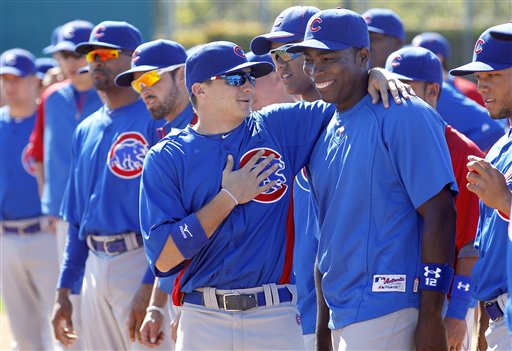 You may think that being taken in the 13th round of the Major League Baseball draft makes the odds of becoming a major league roster tough.

For Cubs outfielder Tony Campana, those odds are nothing compared to having Hodgkin’s Lymphoma. When he was just seven years old, Campana was diagnosed with the cancer and had treatment until he was eight at the Vanderbilt Children’s Hospital in Nashville, Tennessee.

Because he was so young, he didn’t quite know what was going on. Campana knew he was quite ill and the love and support from family and friends were instrumental in his recovery. He has been in remission and was declared cancer-free ten years after his treatment. He believes his fight with cancer gave him the strength to deal with the struggles of playing in the majors. “It made me who I am today," he said. "People say I am too small or don’t hit enough so I keep fighting to show what I can do.”

Talking about his illness is not a bother for the Cubs outfielder; he believes it makes his case to play baseball more compelling and reminds people that you can meet your challenges. Baseball honored Tony Campana with the 2011 Tony Conigliaro award. The award is named after the late Boston Red Sox player who suffered a devastating eye injury in 1967. The honor goes to the player who best overcomes adversity through the attributes of spirit, determination and courage – hallmarks of Conigliaro. Campana was excited to meet the Conigliaro family when he accepted the award.

To say that Tony is undersized would not be a stretch at all. He is listed at 5’8” and 185 lbs….that is where there may be some stretching (which is not uncommon in all sports). He has the look of a young teenager and an ever-present smile. Last season he came up for 95 games and showed his speed and base-stealing ability.

On his birthday last May, he celebrated with four stolen bases against the Houston Astros. He wound up with 24 for the season, which was the most for a Cubs rookie in 20 years.

During spring training this year, Campana was with the team throughout camp in Mesa, Arizona. The young outfielder traveled with the club to Chicago the day before the season opener. Then he got the news he was being sent down to Iowa. Campana remarked, "It’s kind of been a roller coaster. When I was sent down to Iowa I knew what I was supposed to do and I would be back up here.” He returned to the Cubs when the club had to put pitcher Ryan Dempster on the disabled list.

This, coupled with the trade of Marlon Byrd to Boston, had Campana returning from Iowa on April 21st.  Just before his first game back, Tony was hugging everyone in sight: players, coaches and clubhouse personnel. He was back in the major leagues and back with the Cubs. 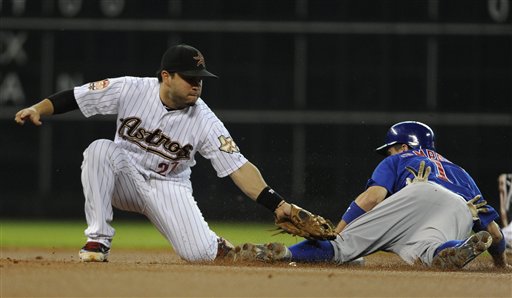 Because he has a light bat (basically he hits for singles and draws walks), Campana knows his job is to get on base and make things happen. Manager Dale Sveum said his diminutive outfielder has “game changing speed, which makes up for his size.” Sveum also said there are only ten players like that in baseball.

So far this season, he has a dozen stolen bases and has been hitting around .300. He starts occasionally but is a bigger asset off the bench. Tony also knows that one of the team’s top prospects, Brett Jackson, is waiting his turn to be called up from the minors. That keeps Campana motivated to do whatever it takes to succeed with the parent club. He arrives at Wrigley Field before his teammates on game day to get extra bunting practice.

You may have observed he changed uniform numbers from last year. He went from #41 to #1 -- last season’s number was too big and wrapped around his whole back. He figured a single digit would complement his small frame.

He loves being a Cub and understands the tradition of those that came before him: Ernie Banks, Billy Williams and Ron Santo -- all household names in Chicago. Tony Campana doesn’t get recognized yet but really could not care less if he ever is noticed.

He beat the odds of cancer, beat the odds of getting selected in the 13th round of the draft and believes he will beat the odds and have a prolonged major league career. Tony Campana will tell you he already has had an awesome life and nothing is going to deter him.