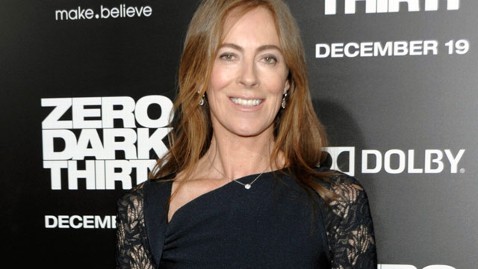 After The Hurt Locker’s dethroning of Avatar for Best Picture in 2010, the stakes were high for Kathryn Bigelow to deliver with Zero Dark Thirty, a film that is as ambitious in scope and grand as The Hurt Locker was small and claustrophobic. Zero Dark Thirty was so big it had to fail. However, with her follow-up to her Oscar-winning classic, Bigelow has delivered what will be remembered as her masterpiece, a decade-spanning look into the black heart of the CIA and the dark subconscious of the American psyche. More than any film that’s gotten the moniker, Zero Dark Thirty is a film about the Way We Live Now, a revenge epic less about torture than America’s struggle to maintain its sense of itself as the major power in a shifting global landscape.

In giving us the definitive masterwork of the year, Bigelow opens with a bang, showing us the waterboarding and torture of detainees, in a way so matter-of-fact that many have mistaken the film for an endorsement of torture. However, the film is less about torture itself than how normative the culture of torture has become for the CIA and the people that the experience changes. The scene introduces us to Maya (Jessica Chastain), a young CIA officer recruited straight out of high school who is part of the film’s mission to nab Osama Bin Laden. She will become the lead agent in his capture. We initially see Maya as conflicted and hesitant to witness the brutality casually enacted in front of her, but as the movie progresses, we see Maya slowly becoming like the men she’s after—a stone cold killer who will do anything to complete the mission.

This is hardly the first film to highlight the parallels between those labeled “good” and “bad” and show that sometimes each of those sides wear each other’s masks. Although this theme will draw comparisons to The Godfather, the film Bigelow’s epic most reminded me of was the criminally underrated 2007 film Zodiac, the movie David Fincher made before The Social Network. In the film, Jake Gyllenhaal plays a cartoonist who is part of the team on the hunt for the Zodiac killer, a mission that will take over his life. Like Gyllenhaal’s Robert Graysmith, Maya has no friends or life outside of Osama Bin Laden. Like Osama, Maya is a ghost—obsessed with finishing her business. When Osama is eventually hunted down and killed, as we all know happens, Maya is less celebratory than relieved and somewhat emptied by the experience. After the mission is over, what’s next?

To breathe life into this one-woman crusade, Bigelow gets the finest performance yet out of Jessica Chastain, an actress who has very quickly made a career out of fine performances. With this role, Chastain proves herself to be the Meryl Streep of her generation, an actress who can seem like a different person each time she’s on screen. The intensity and dedication Chastain brings to her obsessed CIA agent is the perfect match for her direction, whose nail-bitingly intense style may give some in the audience a stress disorder. Over the film’s almost three hours, not a second of it feels unnecessary or drags, and Osama’s capture may be one of the most thrilling action sequences I’ve ever seen on film. As with Maya, this scene doesn’t provide easy resolution or answers, and after Osama’s death, the audience is left to stare into the faces of the wives and children who had to watch it happen. What do they make of this brutality? How will their lives be shaped by this conflict?

To force America to ask these questions and face the realities of American CIA tradecraft, Bigelow creates what is quickly becoming a new trend in American cinema: the genre of the reported film. What makes Zero Dark Thirty both more powerful and more slippery than this year’s Argo is screenwriter Mark Boal’s adherence to an almost documentary narrative, sticking to the facts in order to show you not what should be but what is. His script shouldn’t just win an Oscar—it should win a Pulitzer. For an America that looked to Osama Bin Laden’s death as the end of an era and an awakening from our neo-conservative, realist nightmare, Boal shows that separating ourselves from the fever dream of conflict may not be so simple. When you become the men you want to torture, how can you ever go back? Bigelow shows that there may be no waking up. This is America now.