We rarely see the Wrigley Building as it is shown in the above photo from 1922.
Looking eastward down the Chicago River, we see the Wrigley's south tower is complete while the future landmark's north tower is about two years from being built. And in the decades to come, virtually every structure surrounding the Wrigley Building in this picture would be cleared away and replaced with something bigger and better, thus transforming the waterside industrial district into one of the most beautiful urban riverfronts in America.
So who took the photo? Was it the Wrigley Company, looking to show off its building? Maybe a passing photographer? Neither. The photograph was commissioned by the Chicago Sanitary District, the predecessor to today's Metropolitan Water Reclamation District. The government agency is responsible for handling the county's wastewater and storm runoff. That would include the Chicago River, which the agency famously reversed in 1900.
The MWRD posts historic photographs of its work about once a week on its Facebook page.
Here's a 1916 photo of the Jackson St. bridge over the Chicago River, looking south. The district built the bridge in 1915. The span is still there, but Postwar skyscrapers dominate the vista now: 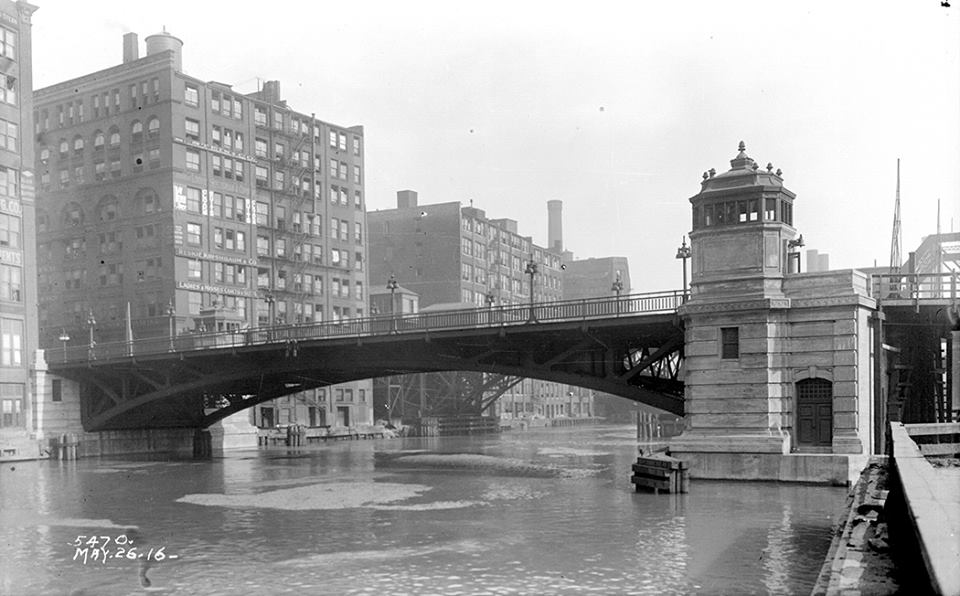 The district was installing a sewer line on Halsted Street, near 31st — you can see the material to the right — in this 1923 photograph. The photographer also captured the long-gone Milda Theater at 3142 S. Halsted. The 900-seat house closed in the 1950s and the building lived on as office space until it was demolished for a police station in 2004: 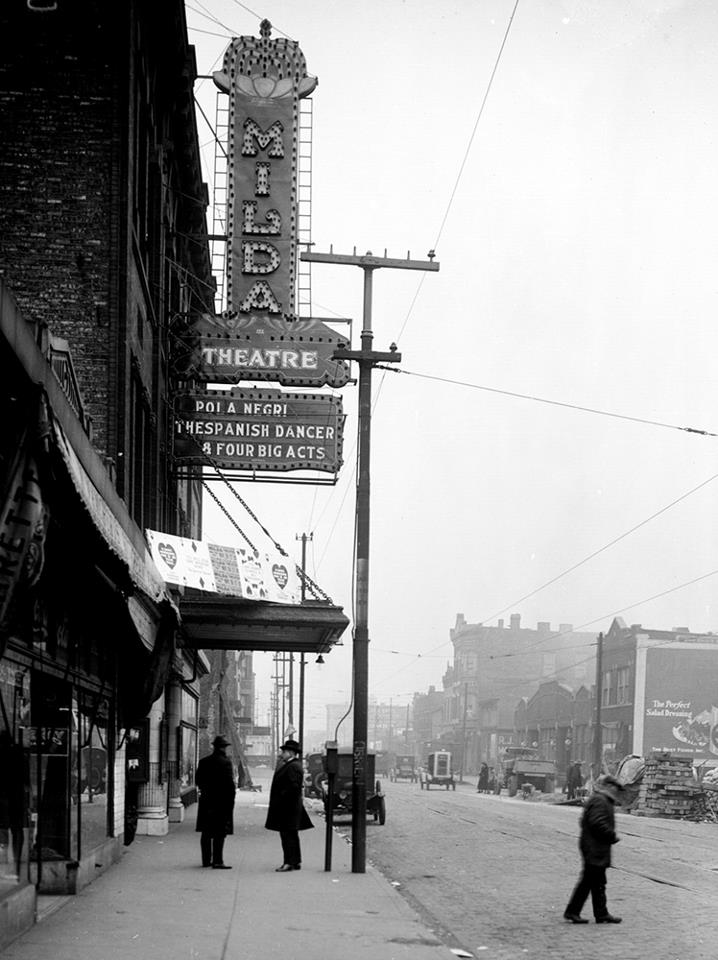 The well-received 2011 book Lost Panoramas: When Chicago Changed its River and the Land Beyond showcased stunning photography commissioned by the district between the 1890s and 1930s. The photos show the wilderness and natural vistas outside of Chicago that were altered by the engineers and armies of workers who built the complex system of canals and infrastructure that reversed the flow of the Chicago River.
And a similar transformation was happening in Chicago also, as the photograph of the Wrigley Building shows: A new Chicago rising from the old; the past yielding to what is to come.