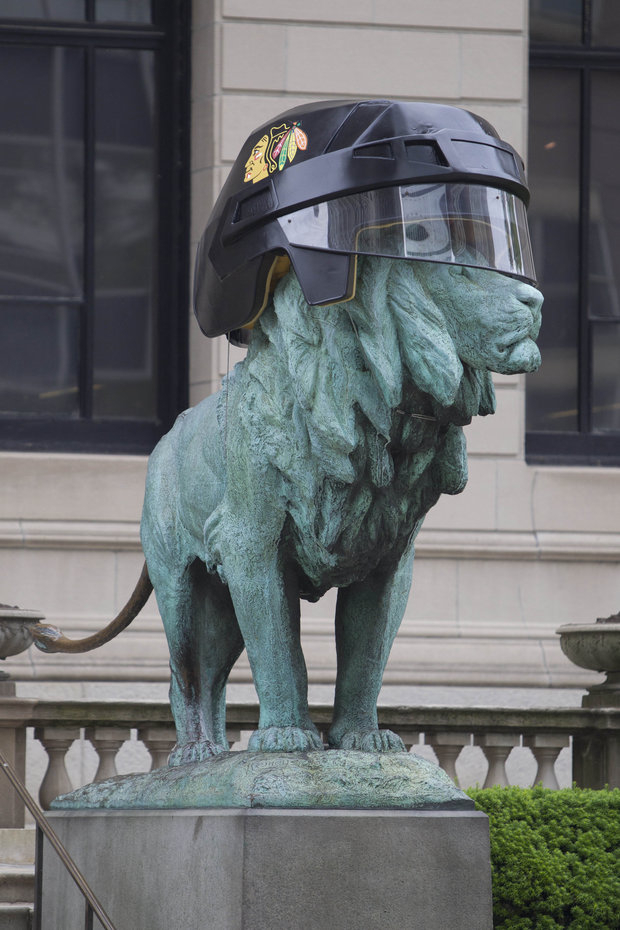 Had enough rest after game one of the Stanley Cup Finals? Everyone has one more day before the Blackhawks and Bruins get back into action at the United Center. The teams will hold workouts and look to make any adjustments. This match-up could be one for the ages. The national and local television ratings are the highest in 16 years. It is great to still hear Eddie Olczyk, but it is a shame it is without Pat Foley.

I suggest listening to the game action on WGN Radio or WGN online. John Wiedeman and Troy Murray do a terrific job on the broadcast. John’s play by play is really astounding, crisp, accurate and very exciting, coupled with the former Hawks Murray, they are an underrated pair doing radio sports in Chicago. The Hawks own the attention in Chicago this weekend. Both the White Sox and Cubs are on the road. This has been an abysmal year on both sides of Chicago baseball.

Remember when the Bulls owned this month?

June use to be a great month for NBA Finals for Chicago. Twice on this day the Bulls won NBA Championships: beating Portland in 1992 and Utah in 1998.

The game against the Trailblazers was one of the most unbelievable comebacks. The Bulls were down by 15 in the fourth quarter and Phil Jackson put all bench players, like Bobby Hansen, into the game. They went on a 14-2 run and earned their second title with a 97-93 final.

The 1998 NBA Championship was Michael Jordan's last game in a Bulls uniform and the sixth and final title. Jordan went out in style: the Bulls were down by one and Jordan stole the ball and scored the winning bucket with 5.2 seconds left it gave the Bulls an 87-86 win over Utah.

After the game, some of the Chicago media was around when the Jazz Stadium crew was dismantling the floor and baskets. A pair of scissors gave us an opportunity to get a piece of the netting from the basket that Michael made his final basket.  At the time, we had no idea that it would be his final shot ever as a Bull.

Football on a break

The Bears wrapped up a mandatory mini-camp this week. New head coach Marc Trestman believes the team is absorbing his playbook. It was hard to tell from the sidelines what strides the Bears have made. We’ll know more when they put on the pads in Bourbonnais next month. That will also be the first time since rookie camp the team’s number one draft pick Kyle Long will be able to join them. Because of NCAA regulations, Long has had to wait until his school semester is finished. However, he was in town all week. Kyle likes to tweet a lot about his whereabouts.