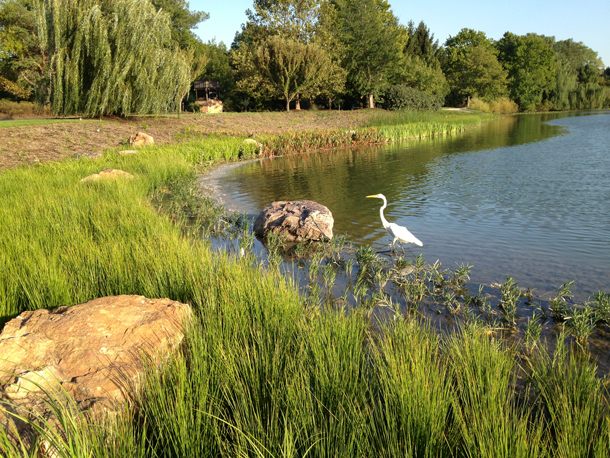 Chicago's "garden on the water" got over-watered last week.

With more than six miles of shoreline, the Chicago Botanic Garden offers an idyllic green scenery along a waterfront. But when last week's inundation sent the garden’s lake levels soaring by more than five feet, the scene looked more like a swamp. And it was the actions of native plants – and the U.S. Army – that saved it.

The rising water swallowed stone lanterns on the shores of the Japanese Garden. In the past, such flooding would have sucked soil away from the garden’s shorelines. Thanks to an aggressive perennial plant initiative that has tied up lakefront soil with native plant roots, however, many areas of the garden weathered the storm with ease.

“Within a few weeks you won’t even know anything ever happened,” said Bob Kirschner, director of restoration ecology at the Botanic Garden. Water levels should return to normal by Sunday night, he said, more than 10 days after the lakes began to rise.

In 2012 the Army Corps of Engineers helped the Garden flatten out its sloping shores, which had been made steeper by years of erosion. Like many landscaped lakefronts and urban waterways, the Garden once had turf grass right down to the water’s edge. When turf grass goes underwater for days on end, it dies. Then the waves washing against that edge start to erode the soil. That process feeds upon itself, chipping away at the earth until you are left with vertical banks. 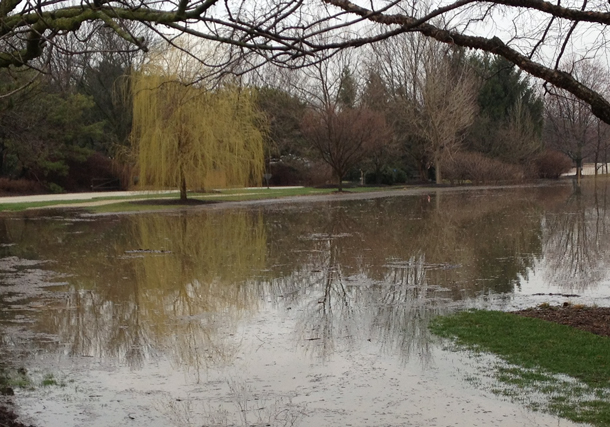 Over the past 13 years they have planted more than 450,000 native plants representing hundreds of species. Plants like riverbank sedge and blue flag iris were selected for their ability to survive extended flooding. While conventional flood control infrastructure like sheet piling and stone riprap can help forestall erosion, it can also create “biological deserts,” Kirschner said, by isolating what might otherwise be a thriving ecosystem where land slopes gently into shallow waters.

“Native plants don’t change the volume of the water we store here,” Kirschner explained, “but they change the resiliency of the ecosystem so it can recover.”

Native plants aren’t just for botanic gardens and ecologists. The Skokie River frequently spills over into the Garden, but not before running through 20 miles of north suburban development. If small landowners took an ecological approach to their backyard landscaping, they could have a significant impact on the river’s flashiness.

“Your friends and neighbors upriver largely control your destiny,” Kirschner said, “but you’re controlling the destinies of people downriver from you.”

Of course native plants have their limits, too. Climate change will likely intensify precipitation extremes, leading to more severe floods and droughts. But the Botanic Garden’s native plants survived even worse floods in 2008, and didn’t need any water during last summer’s drought.