We receive a good number of questions about Chicago neighborhoods: Among other things, we’ve learned how their boundaries are formed, how the city’s roster of neighborhoods grew through annexation, and how the ethnic composition of neighborhoods can sometimes change surprisingly quickly.

Laura Jones Macknin of the Ravenswood neighborhood sent along one of the more puzzling queries along these lines. Laura had been working on a health-related survey project in several Chicago neighborhoods. For reporting purposes, her team needed to distinguish between West Ridge and Rogers Park, which are tucked into the northeast corner of the city.

As Laura researched the neighborhoods’ dividing line, she bumped into historical references to an altercation between the two areas – one with a vegetative flair. The issue took hold of her enough that she sent us this question:

What was behind the so-called Cabbage War in West Ridge and Rogers Park? I would like to know more because, you know ... Cabbage War.

Well, the Cabbage War had very little to do with cabbages per se. And though it’s easy to dismiss such an oddly named conflict, this 19th century showdown involved something that neighborhoods and even entire cities continue to fight over today: parks and the taxes to create and maintain them.

As West Ridge and Rogers Park evolved from being independent villages to neighborhoods of Chicago in the late 19th century, residents carried animosity towards one another. Rogers Park was urbane compared to the decidedly rural West Ridge, which grew a considerable amount of – you guessed it – cabbage. Rogers Parkers would hurl the “Cabbage Heads” epithet toward West Ridgers, and they prided themselves on the fact that they lived in a “dry” part of town where booze was outlawed. West Ridge, on the other hand, was home to several drinking establishments. The West Ridgers considered Rogers Parkers to be effete snobs, or “silk stockings” in the 19th century parlance.

This cultural divide persisted as things came to a head on the political front in 1896. The two areas (now Chicago neighborhoods) had proposed competing plans to create and fund parks. Notably, at this time, there was no unified Chicago Park District, and it was common for local communities to create separate parks authorities, which would sometimes compete for tax dollars. During the campaign to decide which parks plans would prevail, West Ridgers and Rogers Parkers exchanged harsh words and — in at least one case — deployed brutal tactics.

But let’s stop the tale here. This is no Game of Thrones epic. Unlike that unfinished opus, the chronicle of Chicago’s Cabbage War doesn’t need umpteen books: You can get the gist (and all the drama) in our short animated story! 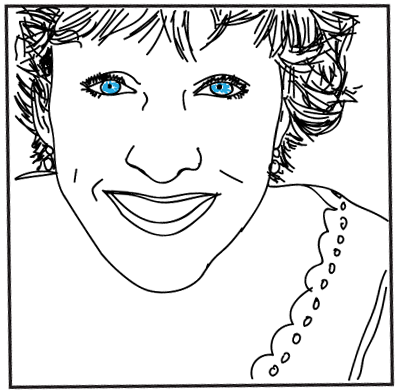 Did you hear Laura Jones Macknin’s voice at the top of our animated story? There’s a chance you’re actually familiar with it. Laura sent her question to us while working in a healthcare outreach program, but she’s also an actor.

She’s also performed voice work in local advertisements, including some for Central DuPage and Swedish Hospitals.

Laura wrote us early about her interest in the Cabbage War story. “It's so odd and whimsical (Cabbages on poles! Cabbagehead slurs! Farmers vs. Northwestern!) that I wanted to know more about it,” she wrote.

She also pressed us for a little Game of Thrones reenactment but, alas, the historical record might be a bit too scant to sustain a book or TV series.

Illustrator and reporter Simran Khosla can be followed @simkhosla. Sincere thanks to the Rogers Park/West Ridge Historical Society for expertise, materials and interviews.