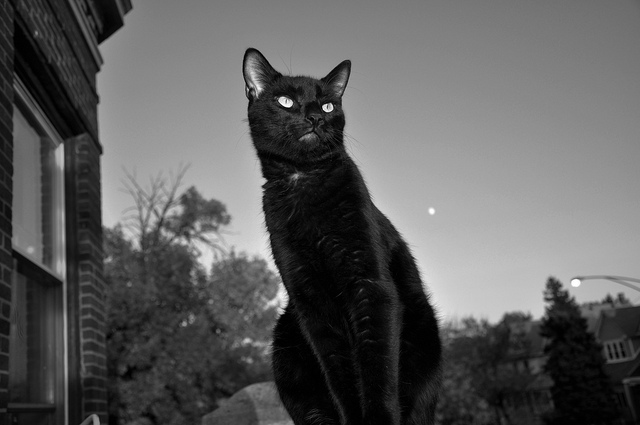 Meme this: wild, outdoor cats could be killing far more birds and mammals than previously estimated — at least 1.4 billion birds and at least 6.9 billion mammals each year.

That’s according to a new study in Nature Communications that says cat predation is the single greatest cause of bird deaths linked to human settlement — more than building collisions, pesticides or wind turbines. Previous assessments have called cats the no. 1 killer of birds, but never by so wide a margin.

There are more than 50 million feral cats and some 86 million owned cats in the U.S., according to the Humane Society of the United States. Chicago might have as many as half a million stray cats — an animal welfare crisis in and of itself. But the study also calls into question so-called Trap-Neuter-Return (TNR) policies for managing stray animals, which are supposed to rein in the population of feral cats without killing them.

The study's surprisingly high estimates of bird and mammal deaths, however, suggest cats could nonetheless represent an invasive presence in the U.S., with dire consequences for other animal populations. Proponents of TNR programs say they are successful in certain circumstances, and not yet widespread enough to have the impact they otherwise could.

By comparison, another study in Nature found each wind turbine kills an average of 4.27 birds per year, but other estimates have been higher — the American Bird Conservancy projects about 1 million total bird deaths due to wind turbines each year, if 20 percent of the country’s electricity comes from wind power by 2030. Other estimates have put that figure lower.

(Wind turbines can also disrupt mating patterns and habitat for some bird species, as well as kill birds of prey larger than most cats would have the mettle to take on. There has been, however, some regulatory progress on minimizing these effects. And fossil fuel-based energy production is no friend of the birds — by some estimates it is even worse.)

Another 1 billion birds die each year following collisions with buildings, by some estimates, which makes skyscrapers a major cause of bird deaths.

It is worth noting that pinning down the number of dead birds and small mammals is an historically tricky proposition. The new study is the most comprehensive yet, and was led by researchers from the Smithsonian Conservation Biology Institute and the U.S. Fish and Wildlife Service.