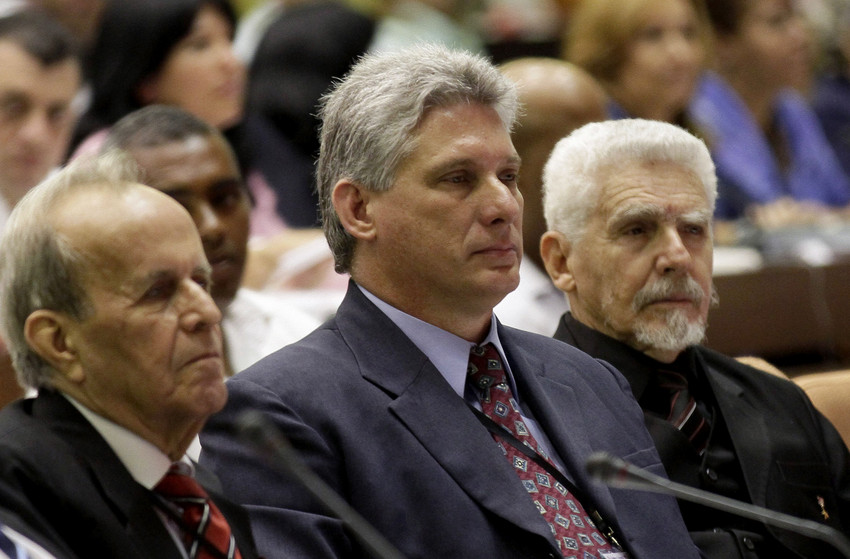 On Sunday, Raúl Castro announced that he would serve as Cuba’s president for one more five year term, as had been widely predicted (including here). And almost as anticipated, Ramón Machado Ventura, his First Vice President, was kicked to the curb in favor of a fresh face, Miguel Díaz Canel.

The naming of Díaz Canel to be the country’s number two caught most observers by surprise. He was widely rumored to be under consideration for the post of President of the National Assembly, roughly equivalent to the U.S.’s Speaker of the House, and few had imagined him in the Biden role. (The presidency of the National Assembly went to Esteban Lazo, a longtime loyalist, the first Afro-Cuban to reach such a high post, and the assembly’s first new president in 20 years.)

If Díaz Canel actually makes it to the presidency, he’ll be the first non-Castro in the top post in Cuba since, technically, 1976, when Osvaldo Dorticós was pushed out of the presidency -- a post that been mostly ceremonial until that point. Fidel Castro, then the prime minister and the real head of government, assumed the presidency and imbued it with its current significance.

If there appears to be muted enthusiasm for Diaz Canel, even in Cuba -- you’ll notice that there have been no open, public events with Díaz Canel -- it’s that there have been Castro dauphins before (Carlos Lage, Felipe Pérez Roque, Roberto Robaina and Carlos Aldana, to name a few) who stumbled and fell on the way up. They’re all still in Cuba, relegated to a kind of internal exile where they’re left alone but have no say about anything and are completely unavailable to the people and the media.

Díaz Canel, who at 52 signals a generational transition, isn’t as flashy as any of these other guys: he hasn’t been central to policy the way Lage was, or had a particular mentoring relationship with Fidel like Pérez Roque, or has had the kind of international assignments that Robaina was trusted with, or given the kind of internal profile that Aldana was allowed.

He is an up by the bootstraps guy who performed well enough in a series of provincial assignments and has been slowly, like molasses, moving up the ranks. As a friend of mine in Cuba said, he’s either brilliant or a complete mediocrity. For more on Díaz Canel and his rise, there’s a pretty decent piece in the Los Angeles Times.

Díaz Canel does, however, have an ace: a longstanding relationship with Ramiro Váldes, the third Comandante de la Revolución after the Castro brothers, and Cuba’s former longtime security chief and all-around Darth Vader. How close they might be is a mystery, but Díaz Canel -- who is rumored to have tensions with the outgoing VP Machado Ventura, one of Raúl’s closest personal friends -- would not have been made heir without Váldes’ approval. How far back they go is unknown, but in 1997, when Che Guevara’s remains were returned to Cuba, Váldes and Díaz Canel stood guard together -- a pairing over which Váldes would have had complete say.

In other words, there may be a generational change coming, but with Váldes hovering, there may not be much of a power shift at all. 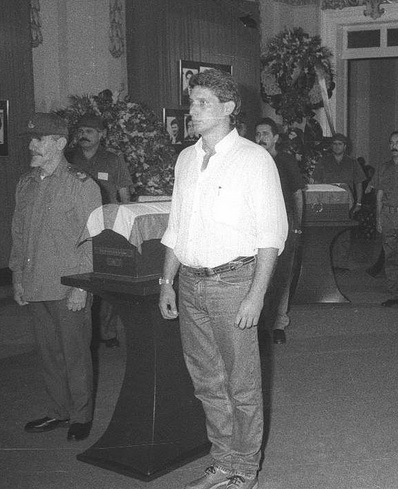