Father John Kartje plays a unique role as a Catholic priest. As rector of Mundelein Seminary, he counsels young men training for the priesthood. Kartje said last month’s Pennsylvania grand jury report revealing hundreds of cases of clergy sex abuse — and the Roman Catholic Church’s cover-up of those allegations — has left many of the seminarians at Mundelein with “sadness, heaviness, and a real concern for the future.”

Through those counseling sessions and conversations with other priests, Kartje decided to work with the Chicago Archdiocese to schedule special novena Masses this week across the city and suburbs. A novena is a nine-day prayer focused on a stated intention. Kartje said this week’s intention is for “healing the heinous and atrocious abuses of children and adults in the church” committed by clergy members against parishioners, seminarians, and others.

There have been services in north suburban Mundelein, the Park Manor neighborhood on Chicago’s South Side, and the final Mass will be at Holy Name Cathedral in downtown Chicago. It will be celebrated by Cardinal Blase Cupich, archbishop of Chicago. 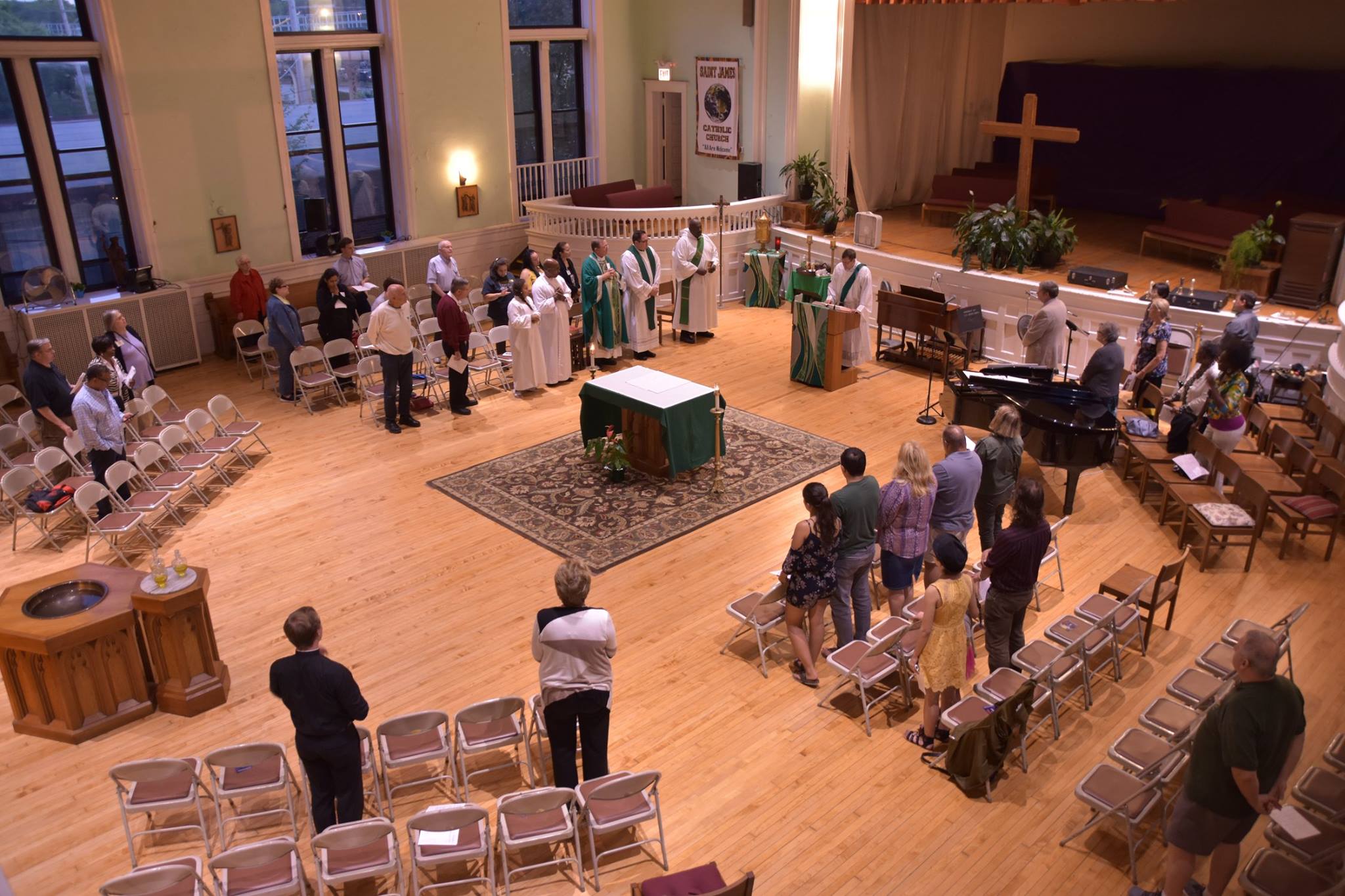 Father Kartje said it was important to host the novena Masses at parishes that represent diverse ethnic and geographic congregations that make up the Archdiocese.

At Monday night’s service at St. James Wabash Catholic Church on Chicago’s Near South Side, about 25 parishioners attended the Mass. Parish priest Father John Edmunds cited an anecdote that revealed 23 different countries of origin for the families at St. James. He said he’s been talking about the abuse in his homilies and with parishioners for weeks.

Edmunds’ voice revealed his frustration when he asked, “What’s going to be different this time? We’ve been dancing this dance for 40 years,” referring to the consistent clergy sex abuse allegations that plague the Catholic Church. Edmunds said the novena Mass was an opportunity for the parish to gather as a community and share their questions and feelings.

After Mass, parishioners drank coffee together in the church basement. One couple said St. James has been their parish for 57 years — and that they’ve lived in the neighborhood just as long. An African-American man who helped with the church service said he drives up from the Far South Side Pullman neighborhood because he couldn’t find a church there he liked. 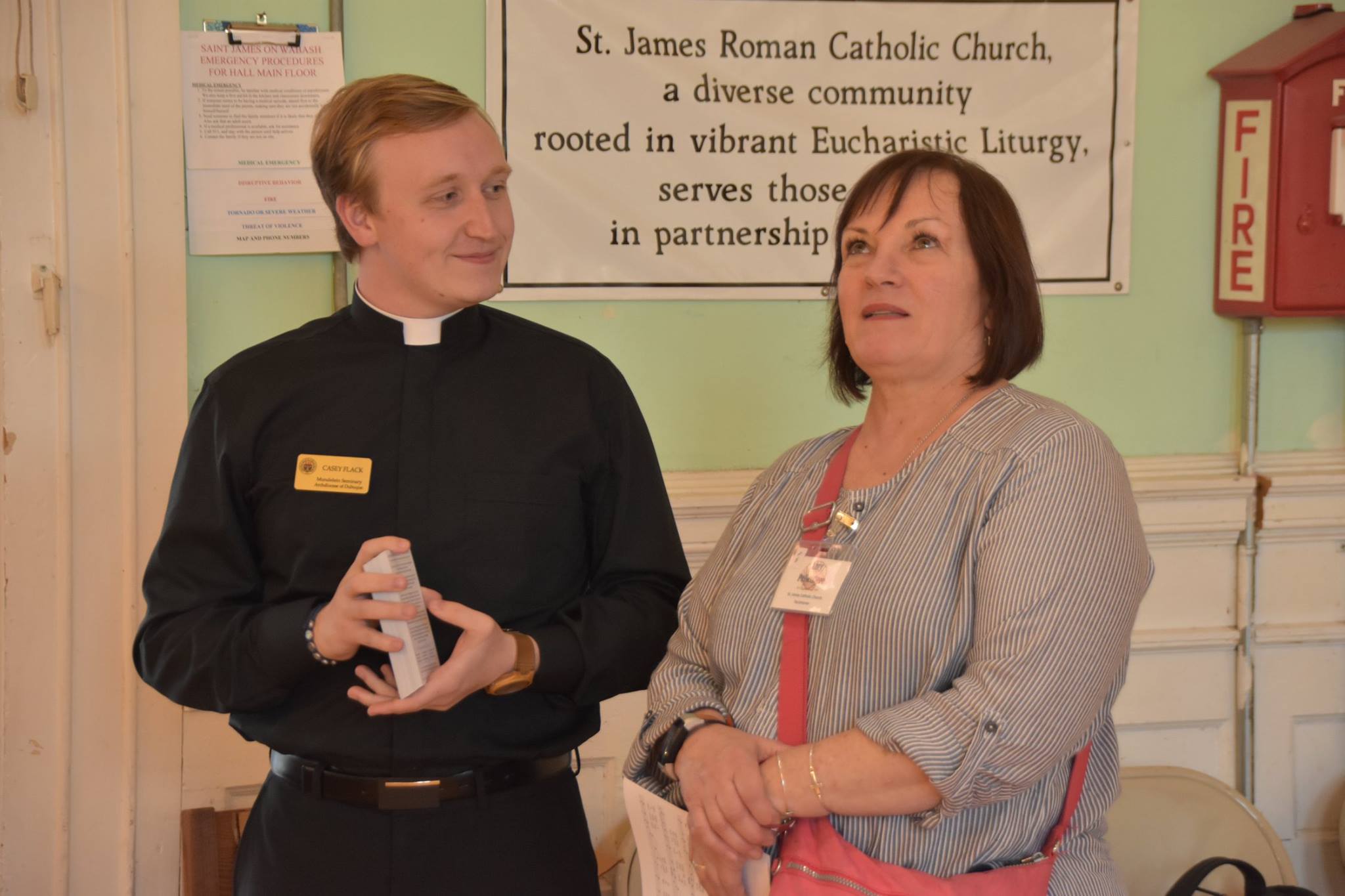 Amy Pellittere serves as campus minister at the church for a few of the colleges nearby. She was visibly shaken during the Mass, wiping back tears. Pellittere said the latest revelations have left her angry and frustrated. She said the church structure needs to change, and asked, “Would this have happened if the laity had a voice, if women had a voice, if women were in real decision-making positions?”

Pellittere said the clergy sex abuse has not shaken her faith in God, but has reignited doubts she’s had about the Catholic Church. Pellittere acknowledged attending Mass with her fellow parishioners offered her some comfort and respite in the midst of the pain.