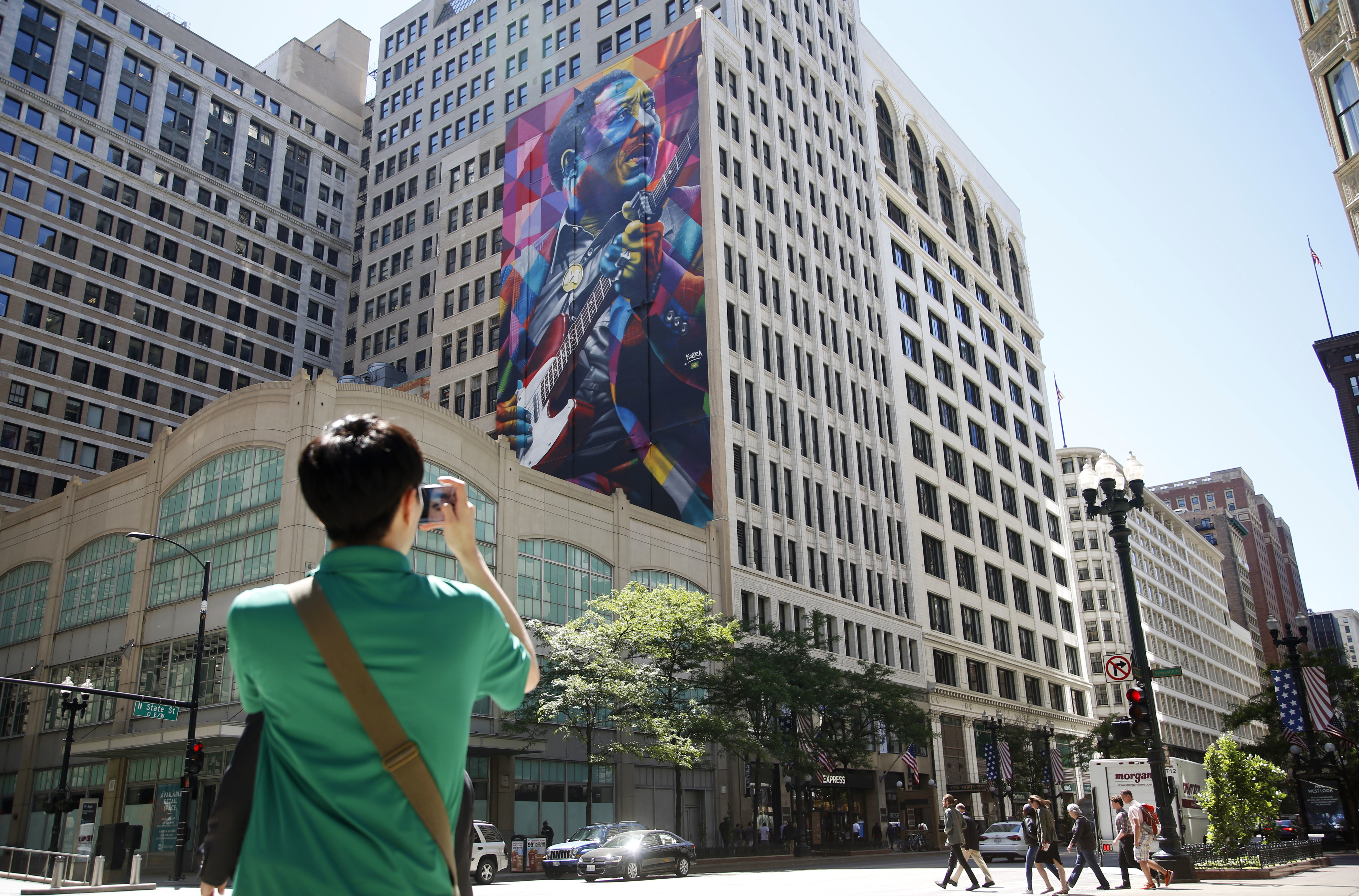 The mural is downtown, on the corner of State and Washington streets. Thursday's dedication is scheduled to feature a performance by the Muddy Waters Legacy Band, which features two of Waters' sons. Musicians Billy Branch and Che "Rhymefest" Smith also are scheduled to be there, along with Brazilian muralist Eduardo Kobra, who created the artwork. Three artists helped Kobra complete the mural over two weeks.

Waters is known as the father or king of blues music in Chicago. He died in 1983 at age 70.

The Chicago Blues Festival runs from Friday through Sunday in Millennium Park.