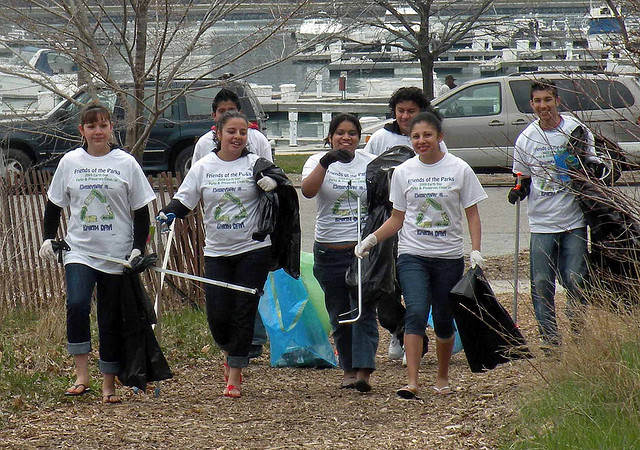 Since Wisconsin Senator Gaylord Nelson proposed the first Earth Day more than 40 years ago, the day of environmental action has morphed into something quite different — not unlike the environmental movement itself.

Greenwashing is ubiquitous year-round, but it’s especially in bloom around April 22. Take the particularly brazen example of an Earth Day poster contest in Utah that asked schoolchildren to sing the praises of oil, gas and mining. It’s enough to turn some off to the idea entirely, as it has for writer Marc Gunther:

So why do I hate #EarthDay? Stupid email pitches, companies patting themselves on the back, sustainability by anecdote.

With the brutal logic of climate change staring down society, we’re in bad shape if environmental action remains merely a holiday ritual like pumpkin carving.

If Earth Day compels you to do more than talk, you can join a political rally against hydraulic fracturing and oil sands pipelines. Or follow EPA's advice on how to reduce your personal impact on the environment.

But there’s still something affirming about a day of service (more info here), or even just a bit of time set aside for personal reflection or a hike.

Here are a few events around town:

Clean up with Friends of the Parks in Humboldt Park, Edgewater or elsewhere. April 20, 9 a.m. – 12 p.m. Check your neighborhood park.