The year was 1833. Chicago had just been incorporated as a town. There were already 300 people living here. On this November 26, we got our first newspaper.

Our 21st Century media like to portray themselves as unbiased and non-partisan. Sometimes they are. But in 1833, newspapers let you know their agenda right up front. That first local paper was a weekly named the Chicago Democrat. 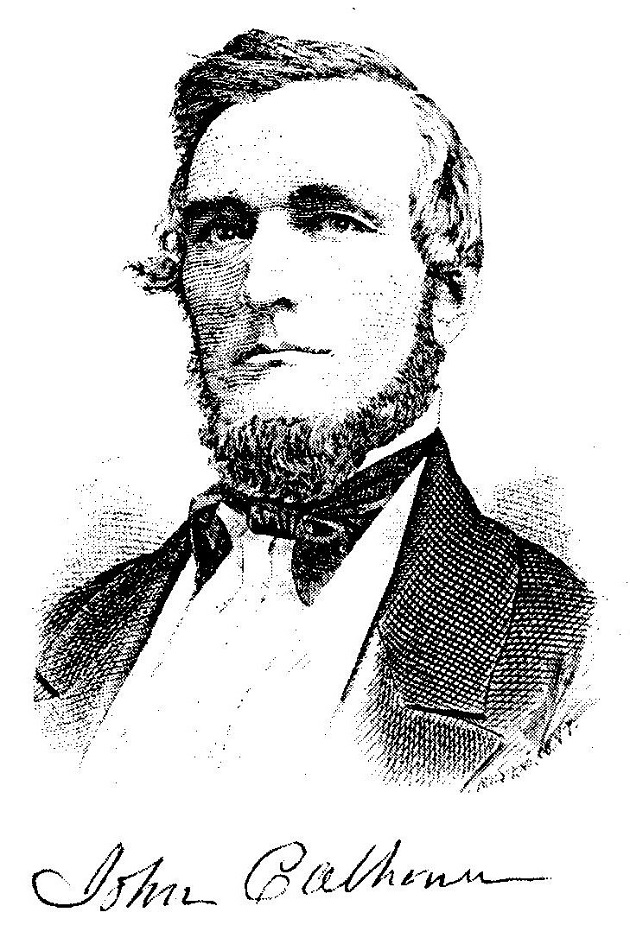 The man behind it was John Calhoun. He’d run a succession of unsuccessful papers in New York, most recently in Watertown. After hearing travelers’ tales about the boomtown on Lake Michigan, the young editor headed west.

Calhoun set up shop in a building on Clark Street just south of the river. Like anyone who owned a printing press in 1833, he depended on job-lot printing orders to make his living. The newspaper was more of a sideline, a vehicle to publicize his personal views.

Andrew Jackson, a Democrat, was president. The opposition party was called the Whigs. Yet the feature story in the first issue of the Chicago Democrat was not a political manifesto. Instead, it was an account of a powwow between two native tribes, the Sioux and the Sac-and-Fox.

That tells you something about the newspaper business in those times. Calhoun had copied the whole powwow story from a St. Louis paper. Was this plagiarism? There weren’t any wire services yet, so editors got their out-of-town news by lifting it from other papers. Hey, even Ben Franklin had “borrowed” stories!

The one piece of original work was the editorial. There Calhoun came out boldly in favor of building a canal or railroad to link Lake Michigan and the Mississippi River. Oddly enough, that was the type of editorial you’d expect to find in a "big government" Whig paper, not in a paper calling itself the Democrat. 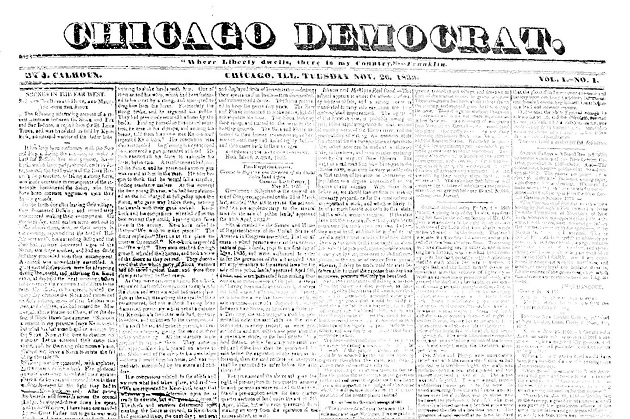 Calhoun continued to publish, with some interruptions. In 1836 a group of local party leaders bought him out. The Democrat was later purchased by John Wentworth, who operated it for several years before finally closing down in 1861. By then Long John was a Republican.

John Calhoun himself died in 1859. Today Chicago’s first newspaper editor is memorialized in Calhoun Place, an alley between Madison and Washington in the Loop.