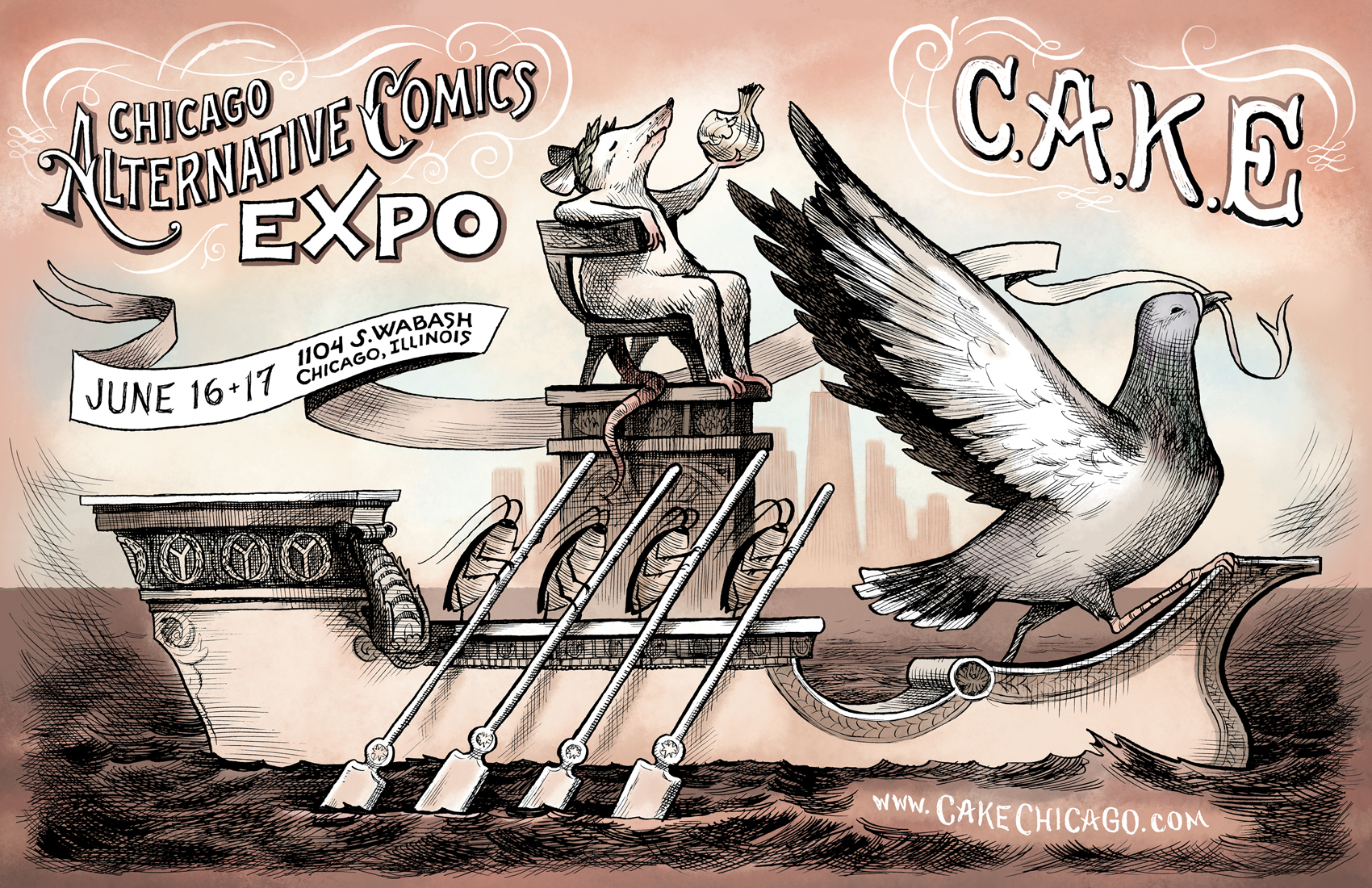 It’s a good time to be a writer or reader of comics in Chicago.

Alison Bechdel has been holding a Mellon Residential Fellowship in Arts Practice and Scholarship at the UofC, co-teaching a course with Hillary Chute and wowing Chicago with public appearances surrounding the release of her new memoir, Are You My Mother?

And now — if you thought it couldn’t be a greater comics lover’s paradise — Chicago is getting its very own alternative comics expo, the first in 16 years.

The family-friendly event (no small detail in our household, where we’re doing our best to foster an early passion for comics) includes a panel for teachers on how to teach using comics.

Other grown up panels include Ivan Brunetti, Lisa Hanawalt, Hellen Jo and Onsmith talking about vulgarity, panels on starting your own micropress, and a host of off-site comics-related events.

For a full list of exhibitors and vendors, as well as a full schedule of events, visit CAKE’s website.