At the Orbitz Worldwide headquarters in downtown Chicago, workers constantly monitor the online travel website. A huge wall of TV screens blinking with charts and graphs looks like mission control in a movie.

But tucked away in a tiny office, is a place that offers a break from all the hustle and bustle.

It’s a prayer and meditation center, in calm shades of brown, that contains only prayer rugs, a stool and a kneeler. Frosted glass offers privacy, and special lighting dims the usual fluorescent glow.

When you walk inside, the peace and quiet are immediately noticeable.

“The prayer room is one of our important pieces of our culture, given our diverse employee base, and we want to make sure our employees are focused, centered and energized at work,” said  Laura Jones, Orbitz’s talent development director.

Orbitz is among a growing number of high-tech firms in Chicago that are offering a benefit usually associated with religious institutions. They’re creating sacred spaces.

Airports and hospitals have long had chapels or places to pray. And the idea is nothing new in Silicon Valley: Google, Facebook and Twitter offer things like meditation classes and mindful lunches.

Here in Chicago, Google, Centro and Gogo all said they plan to build quiet spaces or prayer rooms in offices that are planned or under construction. Officials from these companies said  these sacred spaces are a perk, like yoga or ping pong tables, that give employees a break from the workday so they can return to their desks with new focus.

“Having an environment where employees are comfortable and where they can can carry out not only their work, and have time for quiet and health, are really important to driving Gogo to being a company where people want to work,” said Gogo’s Vice President of Marketing Linda Ramsey.

“I think it is a good opportunity to reset in the middle of your day, and you can go on and spend more time really doing work,” said Zaki Sharabash, Orbitz’s senior director of technology.

He’s Muslim and must pray five times a day. A few of those prayers fall during the workday, so he seeks out the prayer room. 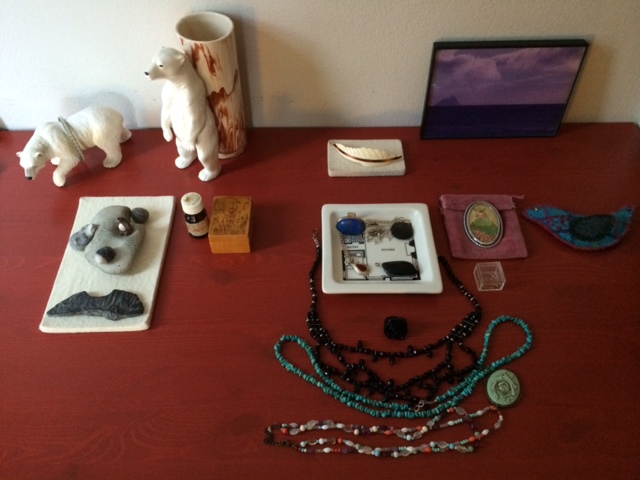 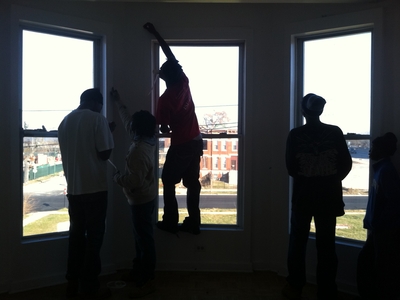 There have been several high-profile cases in other parts of the country where Muslims got fired over prayer breaks and sued, with mixed outcomes. But the Chicago Council on American-Islamic Relations reports it’s received no formal complaints here.

In fact, in Chicago the number of prayer rooms and quiet spaces for reflection seems to be slowly growing.

Dominic LoGalbo, a partner with Chicago’s Harding Partners, which specializes in religious institutions, welcomes the idea.

“As people feel more and more pressures of work life, connected 24/7, they’ll want more opportunities to pull out, even for a few minutes a day,” he said.

The design depends on the intent of the space, LoGalbo said. For instance, a meditation center would likely want to filter out distracting sounds. Comfortable seating is key, whether it’s chairs or the floor. Religious institutions that want a strong connection to the physical environment may incorporate daylight, so that shadows and lines thrown by the sun change the space, too, he said.

Chicago architect and sculptor Deirdre Colgan said there are easy ways to turn a room into a sacred space. A company that uses bright colors in its decor might turn to more neutral tones in a prayer room. Certain materials help mute sound, while others highlight it. Dim lights can help too.

It’s not just offices. Colgan thinks it goes deeper than that.

“In society, we’re encouraged to multitask and try to do a millions things at once, and that’s not good for anyone. It’s headache-inducing,” said Colgan, who’s the former executive director of Sacred Space International, a group dedicated to raising awareness of diverse religions and their gathering spaces. (It’s since been transformed into Sharing Sacred Spaces, in partnership with the Council for a Parliament of the World’s Religions.)

Colgan believes we should have places for reflection in all walks of life: “Unless you get the opportunity to recharge and to quiet down, have a base for focusing and concentration, I think you’ll just end up spinning wheels.”

She thinks the idea of sacred space is just as important in the home, especially the home office. Colgan’s a consultant and adjunct faculty, and she works out of her apartment. She’s had to figure out how to make space and time for reflection while raising a toddler.

“If you’re at home and you’re trying to get work done, it’s sometimes really, really hard because there’s are all of these life-work things to do as well,” Colgan said. She’ll find herself performing tasks she likes to call “noble procrastination,” like doing the dishes. “So how do you separate between your work-work and life-work?”

For Colgan, that’s meant dividing her living room into two distinct spaces: At one end, is a simple desk and table. She’s got a clock she can only see from that desk, to remind her she’s on work time.

When she needs a break, she can look at another corner of the apartment, at a sculpture next to a piece of ornate molding, or to some carefully arranged rocks from her Irish homeland.

To Colgan, they’re like tiny altars that carry her to another place and time, if even for a moment. Then she can return, she says, refreshed.