To say Frances Glessner Lee had an eye for detail is an understatement. Lee was the daughter of one of Chicago’s most prominent families, the Glessners. From 1887 to 1937, the family lived on Prairie Avenue on the Near South Side, considered then to be the city’s most prestigious address.

It was in the Glessner House that daughter Frances discovered a talent for detailed craftsmanship that would lead to developing the science of forensics in the United States. Lee recreated miniature depictions of actual crime scenes in what became known as “The Nutshell Studies of Unexplained Death.”

All this week, the Glessner House offers public tours of her childhood bedroom, where she first created miniatures. The exhibit includes a screening of the 1950 film, Mystery Street, inspired by Lee’s “Nutshell Studies.”

Glessner House Executive Director William Tyre said a friendship with the Baltimore, Md., medical examiner led Lee down this path. Tyre said at the time there was no formal training of police officers or medical examiners, so many deaths went unsolved.

Beginning in the 1930s, Lee hosted seminars twice a year using 19 miniature death scenes. Tyre said  Lee helped those in the field “to hone their skills in how to observe and look for clues.” Tyre said participants were given 90 minutes to dissect each model and present their findings. Lee would then reveal what had actually happened in the crime. The seminars are still held today in Baltimore. 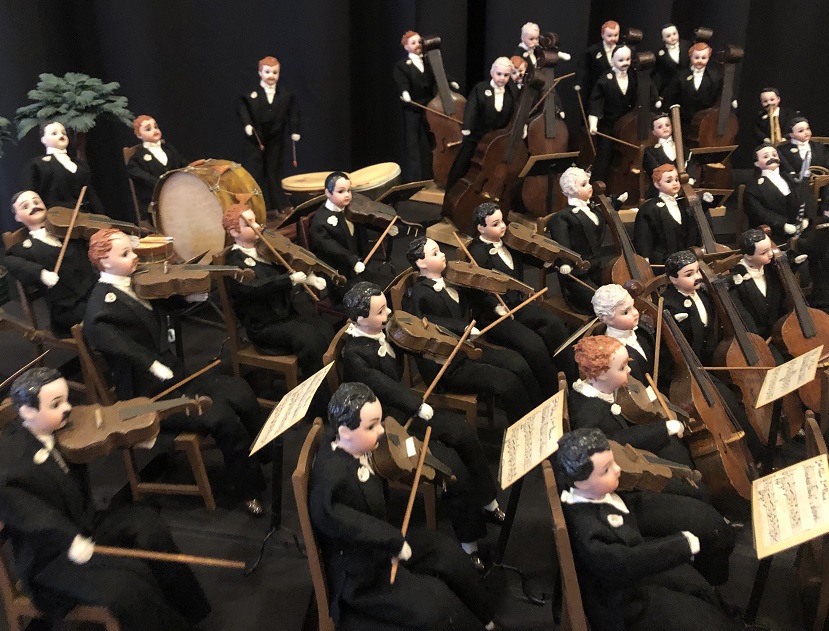 Photos of the miniature crime scenes don’t fully convey the fine, intricate detail Lee put into each one. Tyre explained Lee’s craftsmanship was so precise that “doors had working door knobs and keys. One of the models had a tiny mouse trap that actually would have worked had a tiny little mouse stepped on it.”

These were not delicate, child-like dollhouse scenes, either. One depiction shows a woman hanging from the ceiling in an attic. Another shows a woman’s lifeless body at the bottom of a staircase. There’s a bedroom with a man facedown on the floor in bloody pajamas.

Lee didn’t just stay behind the scenes. Glessner House’s Tyre said that in 1943, Lee was appointed the first female state police captain in the U.S., allowing her to to help police look for clues.

On Saturday, visitors to Glessner House on Chicago’s Near South Side will get their own chance to play detective when Tyre shows photos of four of the “Nutshells Studies” and asks the audience to explain what crime was committed.