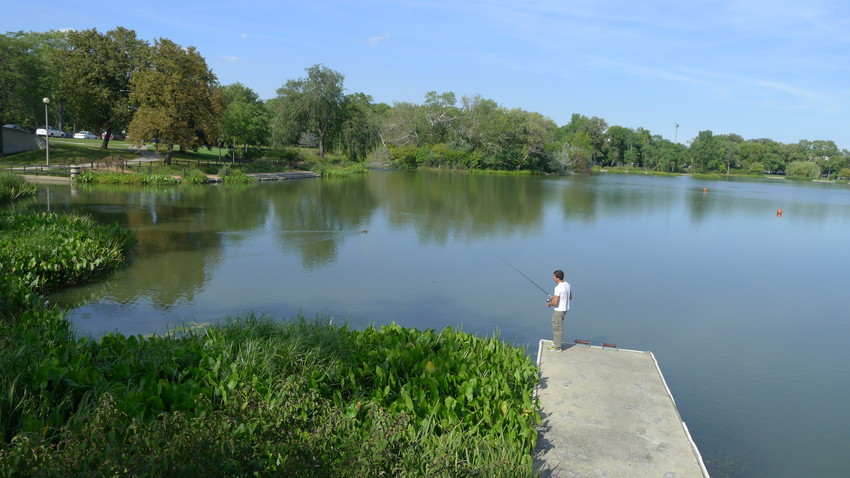 Moving to the city shouldn’t mean giving up nature. Studies have shown that people who spend more time in natural settings bounce back from stress faster and might even be healthier than those without access to parks and open spaces. In Chicago, however, some communities are closer to nature than others.

What is unique about the study, titled “Green infrastructure and bird diversity across an urban socioeconomic gradient,” is that it looked at multiple variables instead of just, say, average distance to greenspace. They measured proximity to open space and Lake Michigan, but also the presence of trees (canopy cover), and bird biodiversity in census tracts across the city.

“When you look at the patterns across all four variables,” said Amélie Davis, a postdoctoral research associate at UIC and lead author of the study, “you can see the low- to mid-income Hispanic tracts are further from Lake Michigan, further from open space, they have lower bird biodiversity, and they have the lowest percent canopy cover.”

That means they are also farther from the benefits those natural elements either indicate or provide directly — ecosystem services, to use the jargon. Canopy cover, for example, is more than aesthetic. Trees help regulate the local air quality, stormwater runoff and even noise pollution.

That socioeconomic disparities influence Chicagoans’ access to nature is not entirely surprising, given the city’s legacy of segregation. What was unexpected, Davis said, was that the statistical analysis found low-income, Hispanic neighborhoods fared significantly worse than low-income, African-American areas.

“We thought if there was an environmental injustice,” she said, “it would be for all of the groups or none. Not the same group consistently underserved.”

As the Tribune’s Blair Kamin pointed out, Chicago’s massive lakeside parks give the impression that the whole city enjoys easy access to open space along the shoreline (which is, after all, “forever open, clear and free”). Inland it is a different story. Little Village, for example, has the least green space per capita of any neighborhood in the city.

But Davis cautioned against assuming any ill-intent on the part of City Hall.

“It might be a concurrence of circumstance, and not pernicious,” she said. Industry squeezed out most of the natural spaces in Pilsen and Little Village before those neighborhoods became an important Hispanic enclave. When their notorious coal-fired power plants shut down last year, however, residents of the southwest side left no doubt about their aspirations for more green space.

And the study does not tell the whole story. Proximity to open space is not a perfect stand-in for access, to say nothing of the quality of that open space.

Davis’ research is funded by an Urban Long Term Research Area Exploratory grant from the National Science Foundation.  The study was published in Ecosphere, a journal of the Ecological Society of America.