On a recent hot summer day on the city’s South Side a group of farmers and reporters gathered to tour a new two-acre farm enjoying its first harvest in the shadow of the old Robert Taylor Homes.

Safia Rashid is growing a diverse crop of kale, chard, tomatoes, onion, zucchini and several peppers in hopes of selling the produce to the local Women Infant and Children feeding program.

She's one of the new agriculture entrepreneurs benefiting from a $750 thousand, three-year grant from the U.S. Department of Agriculture. It’s aimed at putting graduates of The Botanic Garden's Windy City Harvest training program on track to start their own small farming businesses.

Chicago’s urban farming movement has always held out the promise of sustainable employment. But more than a decade after it first took root, why aren’t there more well-paying jobs?

“Thats not realistic,” says Angela Mason the director of Botanic’s Windy City Harvest, which trains ex-offenders in agricultural skills as a path toward employment. “Our intention in launching the incubator program, and what most family farms do now, is [provide] supplemental income. It’s not their only income. A lot of people romanticize farming but that’s very challenging in this day and age. We don’t support local food in a way that makes it economically viable for a person to go out and only farm for a living.”

The fact is, most of these programs can’t survive without outside funding.

“There’s so much more you need to do than put fresh produce in a grocery store,” Mason says. “To get people interested in even buying the produce, you need to get people excited about it and learning how to prepare food with it. There are  a lot of people who’ve never seen kale grow or seen Swiss chard grow and don’t know what to do with it.”

Indeed, lack of demand and knowledge about what to do with the produce still hampers sales in these communities. In the produce business margins are slim and product that doesn’t move can go bad very quickly. Even one of the nation’s biggest retailers has run into snags.

At a White House meeting in 2011, Walgreens promised to build 50 “food oasis” stores in Chicago by summer 2013.  By July 2014, the retailer had only installed fresh produce in 26 local food desert stores, according to Crain's Chicago. In the last month, however, the store finally met its original goal, according to a Walgreens spokesman.

Smaller projects have also run into problems. The much praised Farmers Best Market in Bronzeville opened in 2008 but was closed within a year. The Englewood Farmers Market on 63rd called it quits after a few tough seasons. And, last summer, the Fresh Moves buses that brought fresh produce markets to the people turned off their engines indefinitely.

So why has it been so hard to successfully sell produce in Chicago’s food deserts? Mari Gallagher is a researcher who specializes in food access.

“You can have a great idea and you can put your whole heart into it, but you still have to figure out how to make it viable,” she says. “So there are lots of different reasons why some of these programs fail. But unfortunately, because people feel so closely tied to these outcomes, it’s hard to get at the truth [to analyze what lessons can be learned].”

Although they rarely speak about it on the record, several urban ag experts across the city confided that the demand for full-priced, high quality produce isn’t strong enough to support the businesses that sell it. As Whole Foods prepares to open its Englewood store in 2016, it’s counting on building that demand. But today, observers say, it’s just not there.

So does that mean inner city farmers markets, mobile produce programs and viable urban farming jobs are doomed for now?

“When we talk about [greening] the food desert we’re really trying to keep costs down and quality high and that’s tricky,” Gallagher says. “But I wouldn’t write off any of these options. I would say that the market conditions need to be right and the operators need to be very, very good on a number of fronts to pull it off successfully.”

One of the only urban farmers who seems to have figured it out, is the the tall, lanky and perpetually muddy Ken Dunn. The founder of the Resource Center and City Farm has practiced urban ag in Chicago for more than 40 years. The philosophy PhD also operates what he says are four profitable farms in Englewood.

“You have to start with what has always been the food cycle,” he says. “We have a process where food scraps go back to the production of the next crop. We’ve tapped into selling two-thirds of our crop to high-end restaurants, picking up the food scraps from all of their product and turning them into compost to bring back to the field.”

Got that? First Dunn sells his vegetables to fancy restaurants. Then the restaurants give him back food scraps which are used to make compost. This ultra-rich growing medium, he says, produces 10 easy crops a year, and food so tasty that restaurants are happy to pay his high prices. And these premium prices, Dunn says, make it possible to pay a living wage, and sell cheaper veggies from kiosks on the farm.

Dunn believes this model could expand up to three times and still not saturate the high end restaurant market. But he hopes that by the time we reach that saturation, there will be other funding models in place.

His dream is for municipalities to recognizes the larger public benefits of urban ag on crime, health and education and to fund them as part of local budgets. These less tangible benefits are part of the reason Safia Rashid is out working on her quarter-acre plot nearly every day.

“When the children are eating properly, guess what happens?” she asks. “The violence goes down. So if we continue to feed them whole foods without the pesticides and GMOs, we will continue to see real change in our community. So it’s just really that simple.” 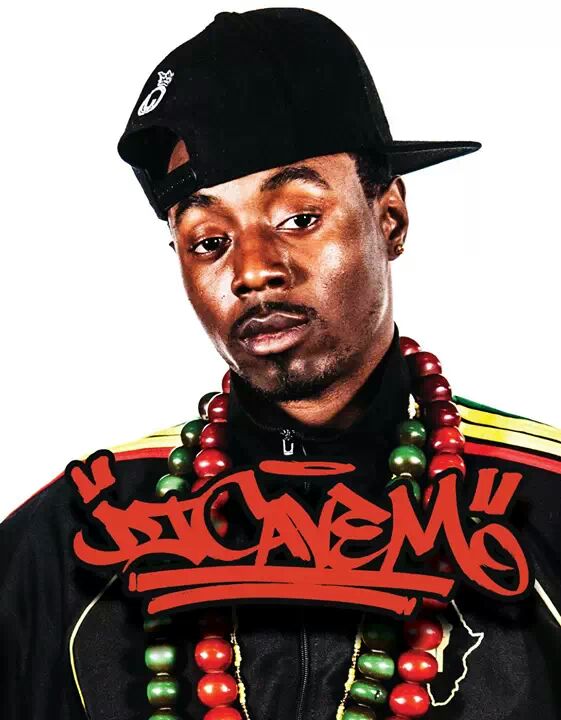 While Dunn sells mostly to restaurants and Rashid hopes to sell to WIC, DJ Cavem has a different plan.  He wants to grow food in the community for the community. He’s a rapper, educator, midwife and urban farm advocate based in Denver. He stopped in Chicago earlier this year to spread his gospel of home grown organic produce for all.

“The same way gangsta rap promotes drug dealing, I am an environmental hip hop artist, eco hip hop artist who promotes gardening,” he said. “I have been teaching for 11 years now. I teach young people how to grow food, how to prepare the food, how to create a green job. I’m setting up gardens in inner city communities and showing people how to keep the nutrition in their food.”

He says that urban youth have largely lost touch with their grandparents' food and growing skills. Still, he knows that history can cut both ways.

“Because of slavery and Jim Crow, a lot of inner city African Americans do not want to talk to young people about growing food,” he says. “They really think that  going to the grocery store is the best for them. And they felt that they were forced to have to do this work. So there is that neglect of young people having access to the inter-generational dialogue that needs to happen around food preparation.”

DJ Cavem’s goals may be lofty, but he claims his message can reach these young people. Last year he got a whole summer camp of urban youths to remix the popular ode to “Hot Cheetos and Takis." They dubbed their version “Brown Rice and Broccoli.”

“You can watch the video on YouTube and Tweet it and let your friends know that that’s what young people really want: Healthy food, foods that are fresher than the shoes on their feet.” he says.

Between Dunn’s decades of urban ag experience and DJ Cavem’s youth-friendly message, there may come a time when produce from urban farms will not only nourish local residents but also grow their bank accounts.

Beginner farmer Rashid certainly hopes so. Despite her optimism for her newfound occupation, she knows she’s got a tough row to hoe.

“It’s a lot to cover,” she said. “Especially in my case since I don’t have a business partner. It’s a lot to do alone. But I know that things are gonna change.”