Life on a television soundstage is a mixture of glamor and grit. Or at least that’s the case with Chicago Fire, an NBC series that’s been shooting in Chicago the past two years.

The day I visit, the cast and crew are shooting a scene for an episode that will likely air in March. The set’s designed to look like a firehouse break room.

Actors like Eamonn Walker and David Eigenberg stroll by, impeccably made up for their scene.

But they also jostle and joke around with the crew. Eigenberg (who played Steve, the sweet and mild love interest of Miranda on Sex and the City) swears a blue streak.

Director Sanford Bookstaver, after some prodding from his assistant director, calls “Action!” Everyone hits their marks, again and again.

Other than some barely contained hilarity around a prop (which I can’t reveal: this episode hasn’t aired so no spoilers allowed), it’s all business.

Chicago Fire itself has apparently been good business for our local film economy.

Gov. Pat Quinn said the series is a big reason that local media production has broken records over the past two years.

Bookstaver predicts even bigger revenues. The L.A.-based director has been here 4 times recently, to direct episodes of Chicago Fire and the spin-off series Chicago PD. He said film could be a trigger for economic growth in Chicago. New production facilities, followed by hotels. A whole Hollywood scene, like the kind that grew in Vancouver.

“I think it would be very nice to have a Hollywood Midwest as well,” said Bookstaver, “Why not?”

Well, for starters, Illinois’ film economy is still pretty small. The state estimates total spending in 2013 was around $350 million. Some of that is the result of a tax credit the state legislature approved back in 2004.

Back then a good year was about $23 million. Now producers shooting here can earn up to 30 percent  in tax credits for money they spend locally - to buy goods and services or to hire crew.

The credits, plus Chicago’s reputation for authentic locations, plus talented crews, brought more business. But it wasn’t enough. What we needed was a place - somewhere film producers could call home. That turned out to be Cinespace Chicago Film Studios  in Chicago’s North Lawndale neighborhood. 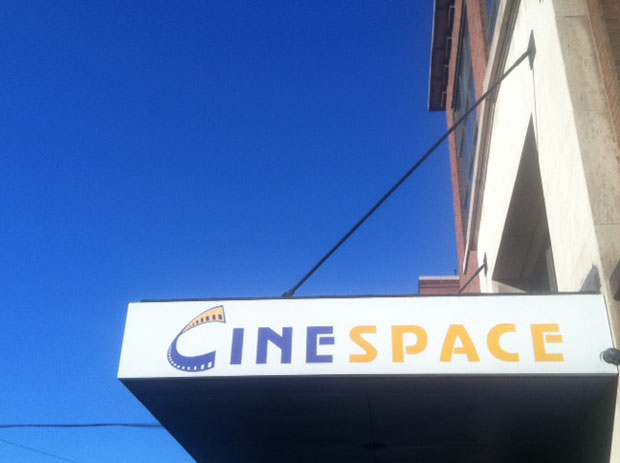 Alex Pissios is a Chicago native and president of Cinespace Chicago.

He gave me a tour of his massive facility, which sprawls across almost 50 acres on the city’s West Side. The space is cavernous, with 45-foot-high ceilings.

Right now it houses 18 stages, including two used by Chicago Fire. Other productions that are filming or have filmed there include television shows like Chicago PD, Mind Games, Crisis as well as big films like Transformers 4 and Divergent.

Pissios says they have plans to build 12 more sound stages, including a water stage that will be constructed this spring.

Mirkopolous, a Greek-Canadian, had a track record building sound stages in Toronto and elsewhere. But Pissios said the way his uncle got locals, like former Mayor Richard M. Daley, on board was by being blunt.

“He said LA is prostituting your city,” recalled Pissios. “They come in, shoot your beautiful location, then they leave and spend the real money in other cities.”

Apparently that message hit home. The state gave Cinespace $5 million to get started. And the city ponied up a property tax break, estimated to be worth $3.5 million over the next 12 years.

And the producers from L.A. keep coming.

“They’re like cockroaches, they find space, they love the space,” said Pissios. “A lot of location shooting is done on the 50 acres, and that’s a big, big thing for them, because that means they don’t have to go somewhere, close a street down, move their caterers, move their Teamsters, move their workers, move their actors.”

Pissios wouldn’t say whether Cinespace Chicago is making a profit yet. And trying to figure out if the state has seen a return on its investment is complicated.

Dave Roeder, a spokesperson for the Illinois Department of Commerce and Economic Opportunity (which includes the Illinois Film Office) says the film industry generated $1.3 billion in spending between 2005-2008. Over that same time, the state gave out $201 million in tax credits, although that figure could be higher by as much as $100 million, since production companies have two years to claim their credits.

When I asked how much of that spending actually flows into state coffers, Roeder did not have a ready answer. Like other state officials I spoke with, he stressed that without a tax credit, Illinois would likely have seen far less film production over the past decade.

As for how the state makes up the potential loss of hundreds of millions in tax revenue due to the film production credit, Roeder said  it would be “made up elsewhere, by any other revenue generating items.”

Complicating this scenario is who actually winds up getting the tax credit. Film productions don’t necessarily rack up a big tax liability when shooting. No loss - they can sell their credits - legally - to other corporate entities. And according to Roeder “a great many do,” often to big retailers.

“To us, it’s immaterial, it doesn’t increase the liability,” said Roeder. “It’s a private market transaction.”

But many critics say there is a long-term liability to states, even if they don’t realize it.

Robert Tannenwald is an economist based in Boston, who has spent close to 30 years looking at local incentives for film. He says tax credits don’t work. They don’t generate enough economic activity to offset their cost. And they don’t always work to sustain a film industry.

“The film industry is so footloose and in need of such subsidization because it’s so risky,” said Tannenwalk. “So it will simply go where it can get the biggest subsidy. Lots of states have sound studios and subsidies – they weren’t enough to hold the industry.”

And - helping out the film industry usually leads to short changes in other sectors. Maybe education gets less aid. Teachers get laid off. Then, they stop spending money.

So given those odds, why would a state subsidize  the film industry?

Tannenwald says because all the other states do. But following suit puts them in what he calls competitive purgatory.

“That’s why I think that the idea of creating a media cluster, a Hollywood Midwest is a really long-shot bet,” said Tannenwald. “And in my opinion, though I’m not a resident or a voter in Illinois, I wouldn’t be taking those bets right now.”

Tannenwald says the best measures for whether or not tax incentives work is to analyze them - the way the Massachusetts Department of Revenue does its state film tax incentives.

Another measure is to ask how many jobs are created. Again, that’s hard to assess. Jobs in the film industry are contract-based - people work as long as films or series or commercials are shooting. The state calls them  “full time equivalent” or FTE jobs because they’re union gigs that come with good pay and benefits. But the county varies from year to year, from more than 8,000 hires in 2010 to 4,200 last year.

If Chicago is intent on becoming the Hollywood of the Midwest it wouldn’t be the first. Michigan, Iowa, Ohio, Wisconsin - even Kankakee in downstate Illinois - have all set their sights on building a film industry. And some have failed, spectacularly.

But all of these questions and concerns around the economics of film don’t deters Alex Pissios.

Back at Cinespace, he’s hatching big plans. He wants to turn his campus into an enclosed backlot, along the lines of Universal Studios. He’ll have architects create facades that replicate streets and buildings in New York or London. He thinks that will make Chicago even more attractive to film producers.

“How many businesses come in with a suitcase of 50, 60 million dollars and say‘’We’re going to spend this in your state-- now. It’s going to be impacted-- now,” said Pissios. “Not six years down the line. People don’t realize the amount of money being spent when these productions come in.. It’s unbelievable.”

And right now, at least in Illinois, those short term gains are winning out.