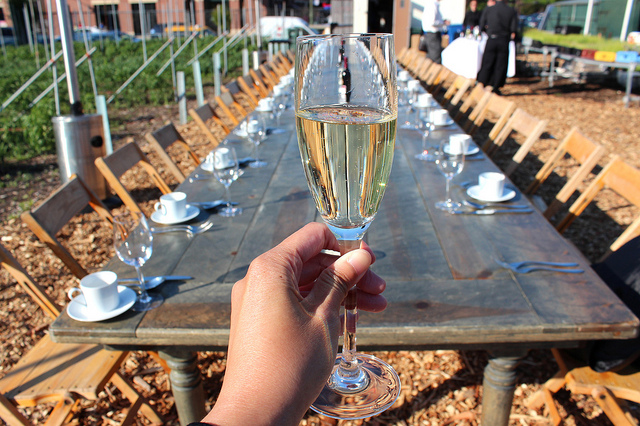 City Farm grows on a pie slice plot at the corner of Clybourn and Division in Chicago across the street from not one but two Starbucks locations. The above grade, compost rich land overlooks what was once the site of perhaps the most notorious housing project in the country, Cabrini-Green.
The one acre farm land was once valued at $5 million at the height of the real estate boom, but now might sell at $3.5 million, if the prospective buyer finds financing. If the land, owned by the Chicago Housing Authority, does sell, urban farming pioneer Ken Dunn will simply move the sustainable, non-profit farm, literally, one excavator bucket at a time.
City Farm is a mobile farm, improving and using available land until the community needs it back. 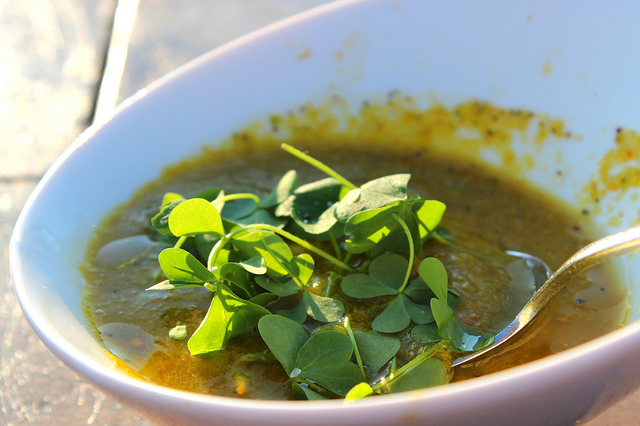 CHA first told Dunn about the possible sale two years ago, and last gave him notice in October 2012. "They haven't told us this year, but I'm keeping open the possibility that we might have to move at the end of this season if they forgot to call us," he said.
He says they're supposed to notify him by the beginning of the growing season. “But our growing season is year round,” Dunn said. City Farm has hoop houses they built out of recycled and reused materials. He said generally it's understood that locally the beginning of the growing season is April 15, the last freeze date.
"We've moved four locations in the last 25 years," Dunn said. "It's no big deal that we have to move." 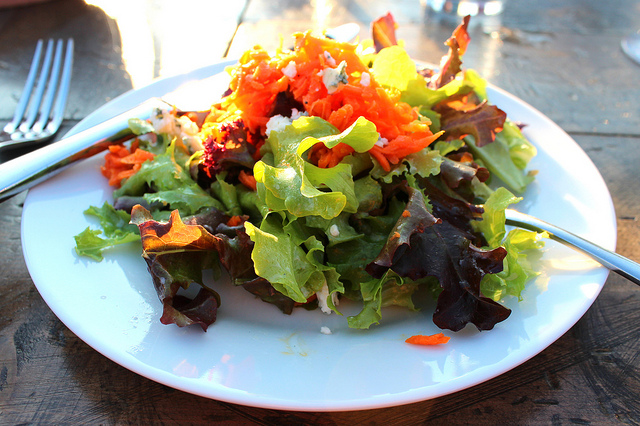 City Farm does have a farm stand at the Clybourn front gate. Right now, their hours vary so you need to ring the big brass bell to summon a farmer working the fields or hoop houses, most likely farm co-manager Dan Hurowitz. He said by popular demand they'll soon keep more regular hours and post them to their Facebook page. You can also find their produce Sundays at the Logan Square farmers market, as well as top restaurants across Chicagoland, including Rick Bayless’ Frontera Grill and Topolobampo. 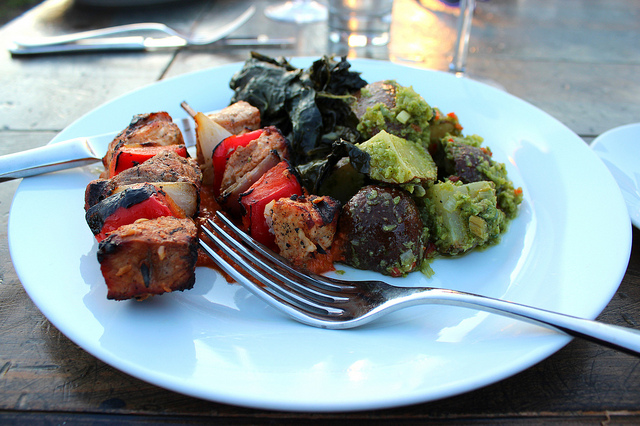 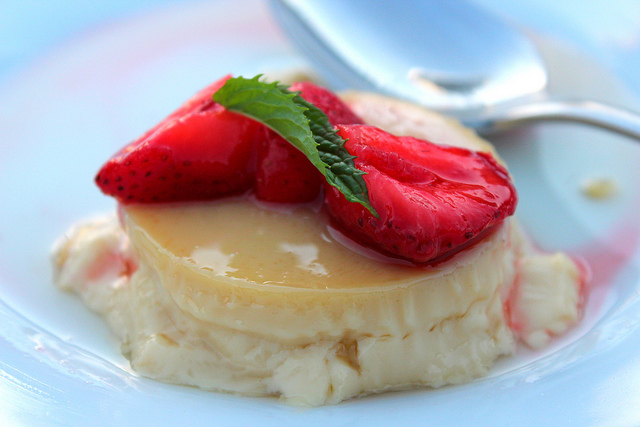 Dunn, who founded the farm's parent organization the Resource Center, was recently named a "Sole of the Year" by Barefoot Wines. They hosted a media dinner in his honor at City Farm last night. He's one of seven "big hearted souls [who've] dedicated themselves to helping others" across the country." Dunn's portrait and story now appears on bottles of Barefoot Impressions red wine. "It's the simple impression of one good soul who creates a positive change for everyone," they say.
View more photos from the City Farm and Barefoot Wine dinner in Chicago.
Follow Louisa Chu at @louisachu. 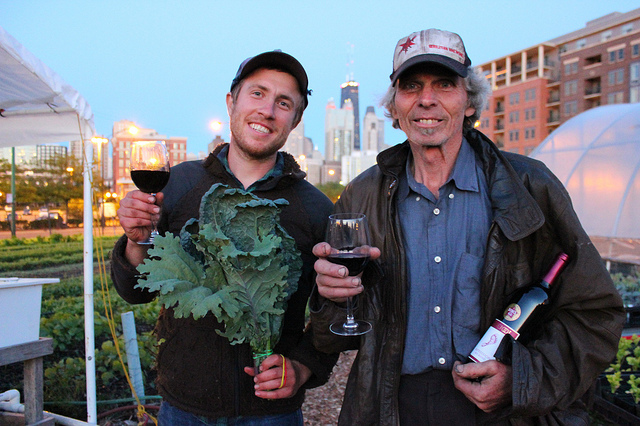