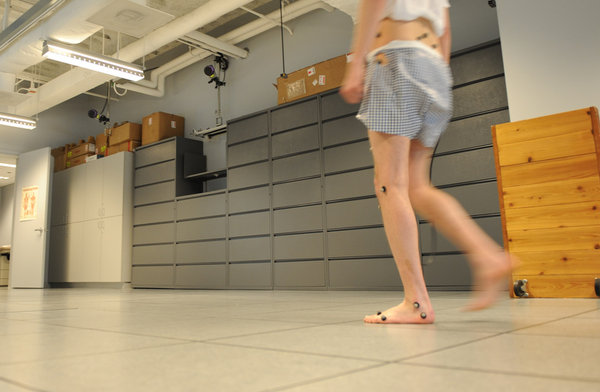 Scientific minds have studied the way we walk for thousands of years. Aristotle and Hippocrates both wrote on the subject of what is today called gait analysis, or more broadly, motion analysis.  The field began to take significant leaps forward with the advent of photography.  For the first time, we could observe motion that couldn’t be seen with the naked eye.

A famous early example involved the question of whether a horse's hooves all leave the ground at the same time during a gallop and at what position.  Photographer Eadweard Muybridge found a definitive answer in 1878 when he set up a series of cameras to capture a horse in motion.  His images showed that in fact all of the hooves were off the ground, which can be clearly seen in the clip below. 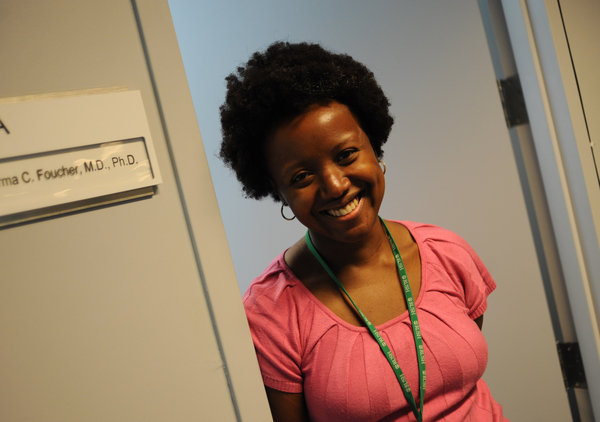 Osteoarthritis is a degenerative joint disease that affects tens of millions of Americans. Over time, cartilage and bone wear down, causing pain and stiffness in joints like the knee and hip.

Much of Dr. Foucher's work at the lab has been research into the results from total hip replacement, the treatment of last resort for osteoarthritis. More recently, her research interest has focused on what variables lead up to severe hip osteoarthritis and if gait analysis could predict it early.

Foucher would like to find a biomarker for the disease. A biomarker is an indicator of a disease state that can be observed in some way, usually by testing bodily fluids.  Her hope is that imaging biomarkers can be established and that gait analysis can one day be used as a diagnostic tool.

Others in the field have found a biomarker candidate in the gait of subjects who have hip osteoarthritis and another disorder (Femoroacetabular impingement), which some believe could be a precursor to hip osteoarthritis. In these cases, a “wiggle,” or motion discontinuity, was found in the movement of the hip.

In her recent paper, Foucher delved into the lab’s archive of data to see if she could expand on these findings by using a broader scope of subjects. What she found was that in a range of subjects, from those with severe osteoarthritis to those with few or no symptoms,  people who showed this motion discontinuity “wiggle” were more likely to have osteoarthritis and with stronger severity. So it seems that this could be a biomarker for the disease.  In Foucher’s words, this is a “first step” in finding a way to catch hip osteoarthritis early.  In her next study, she is hoping to find more subjects with a wider range of symptoms and find other biomechanical variables to strengthen the potential predictive power of gait analysis for this condition.

There are not many treatment options for osteoarthritis at the moment. Doctors attempt to treat the pain and suggest physical therapy to relieve symptoms. Still, catching the disease early could make a difference, especially if it can push back the need for a full hip joint replacement. While visiting the lab, I talked with orthopedic surgeon Dr. Shane Nho. In the audio clip below he describes what catching the disease early might mean for doctors and patients.

So someday in the future, your physician might ask you to take a walk to and within a motion analysis lab, in addition to blood work, X-rays, CAT scans, and other tools used to diagnose what ails you. Until then, don’t forget to subscribe to our podcast, follow us on Twitter, and find us on Facebook. 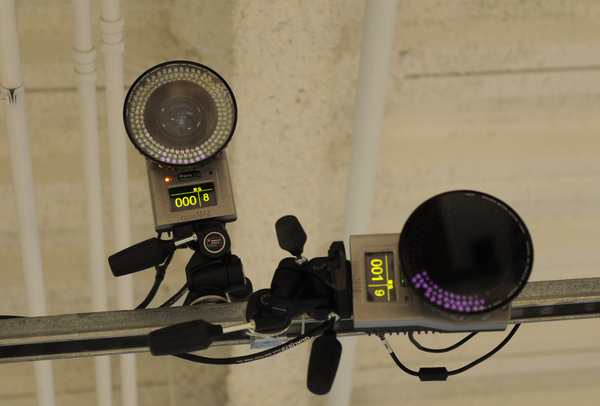 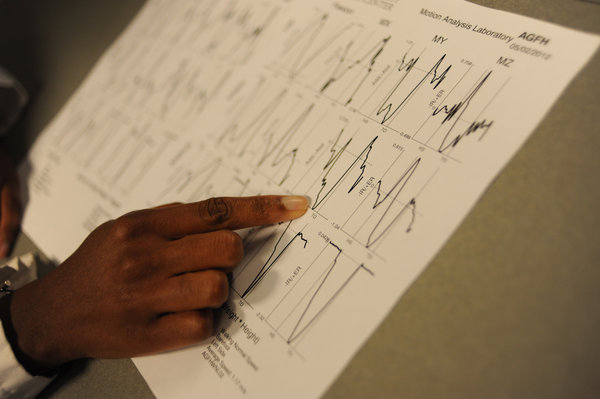