Anthony Overton Elementary School on Chicago’s South Side has been closed since 2013 — shuttered in the city’s mass closing along with another 49 Chicago public schools. But in recent days the building has sprung to life.

It’s been repurposed to house a temporary art exhibit exploring the past, present and future of the school and the Bronzeville community nearby. The former Overton Elementary School was bought by Chicago-based Washington Park Development Group in 2015, with plans to turn it into a business incubator.

In the meantime, it’s also been used for basketball camps, design workshops and hosting conversations between Bronzeville residents on how the space can be used as a community resource. The pictured installations were coordinated by Chicago Arts Partnerships in Education (CAPE) in 2016. They will remain on display during Chicago's Borderless Studio's 8x3 art exhibit. 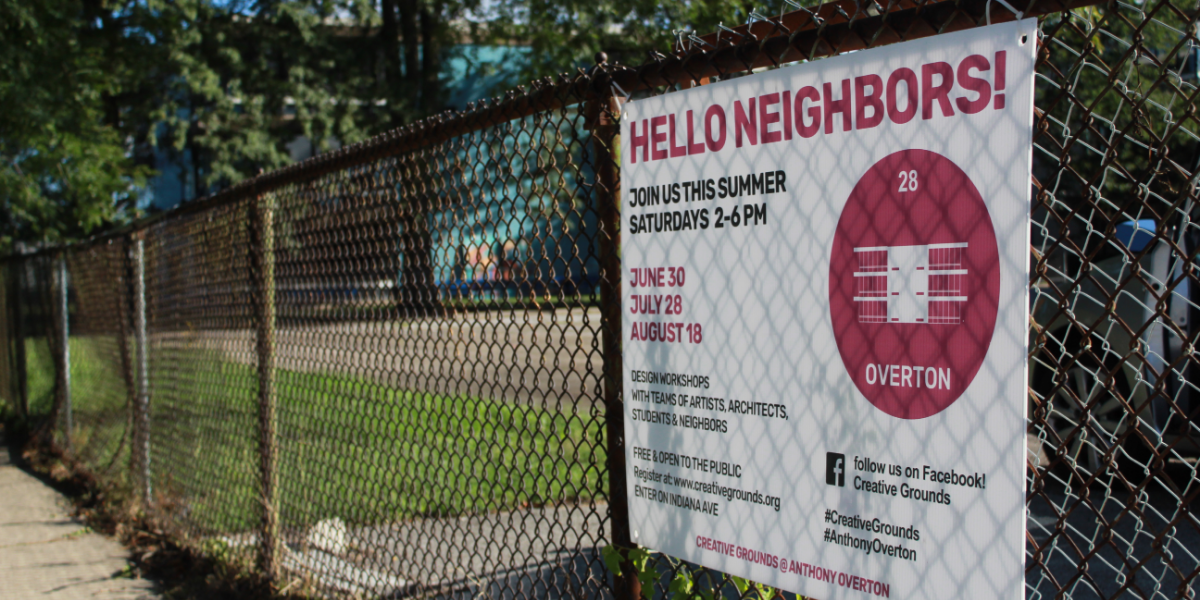 Students from Daniel Hale Williams Preparatory School of Medicine, a nearby public high school, created models showing how the Overton property could be used as a community resource. 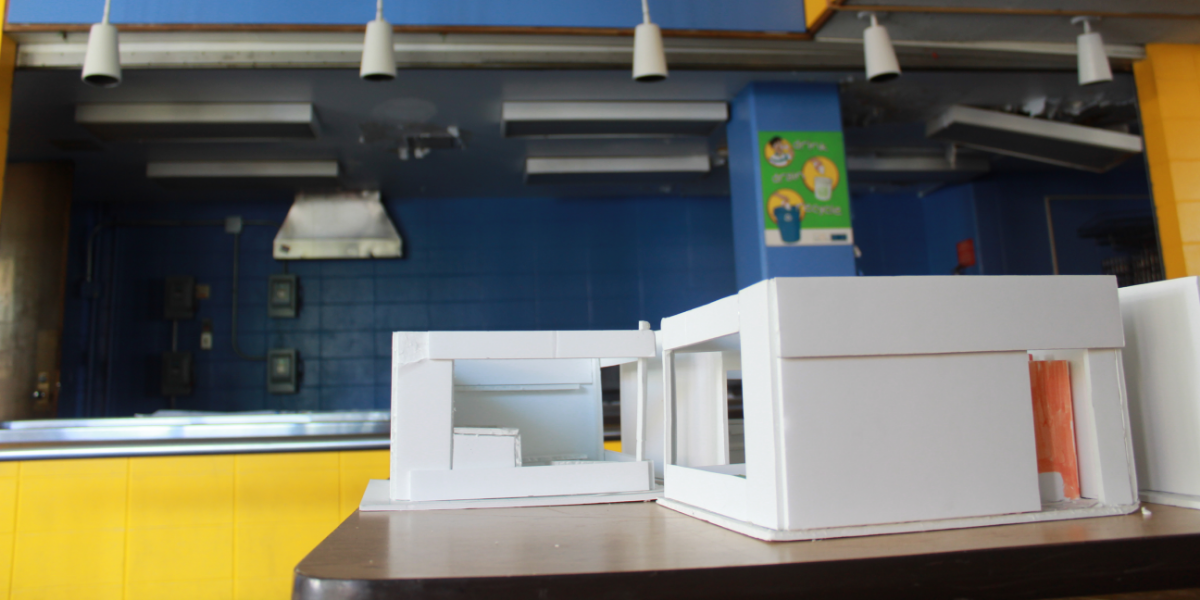 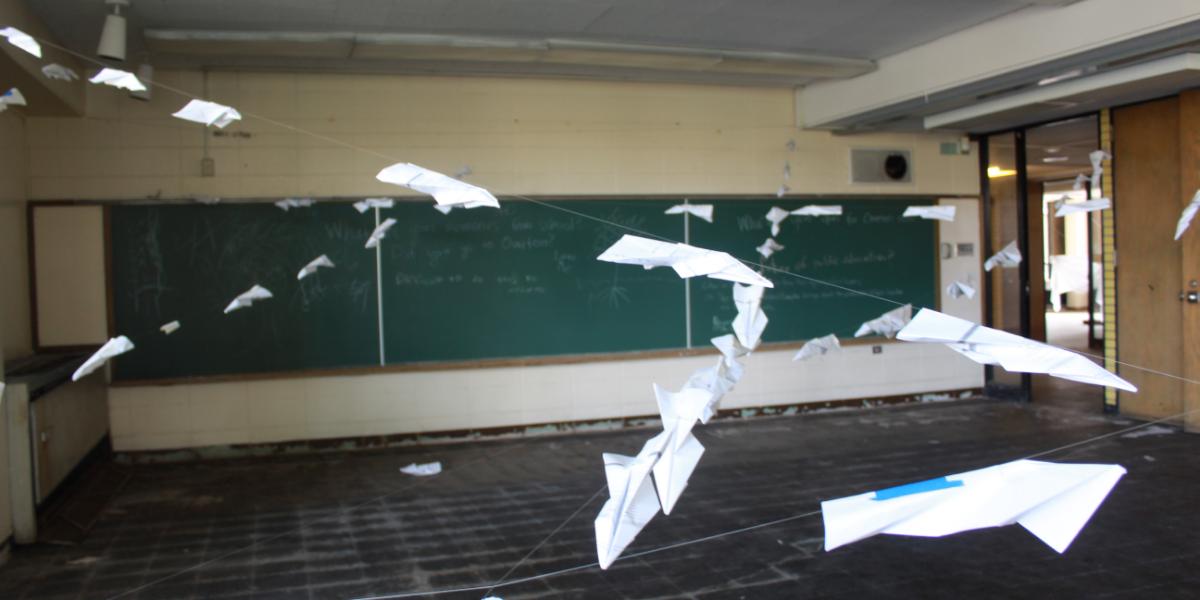 A close-up of one of the paper airplanes in student Demontae Anglin’s Worksheet Airplanes installation. The exhibit description said Demontae was trying “to connect viewers to their own school experiences.” 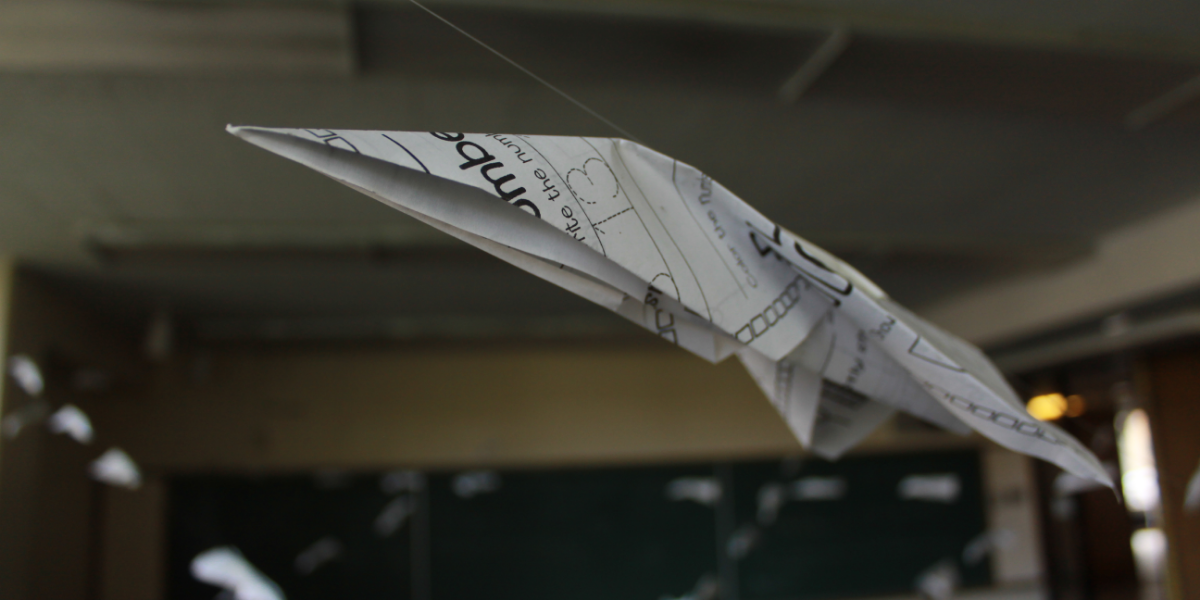 Chicago native Ghian Foreman runs the Washington Park Development Group, which bought the Overton property from Chicago Public Schools. Before purchasing the building, Foreman said he sat outside, viewing the former school from different angles to imagine how the space could be repurposed. 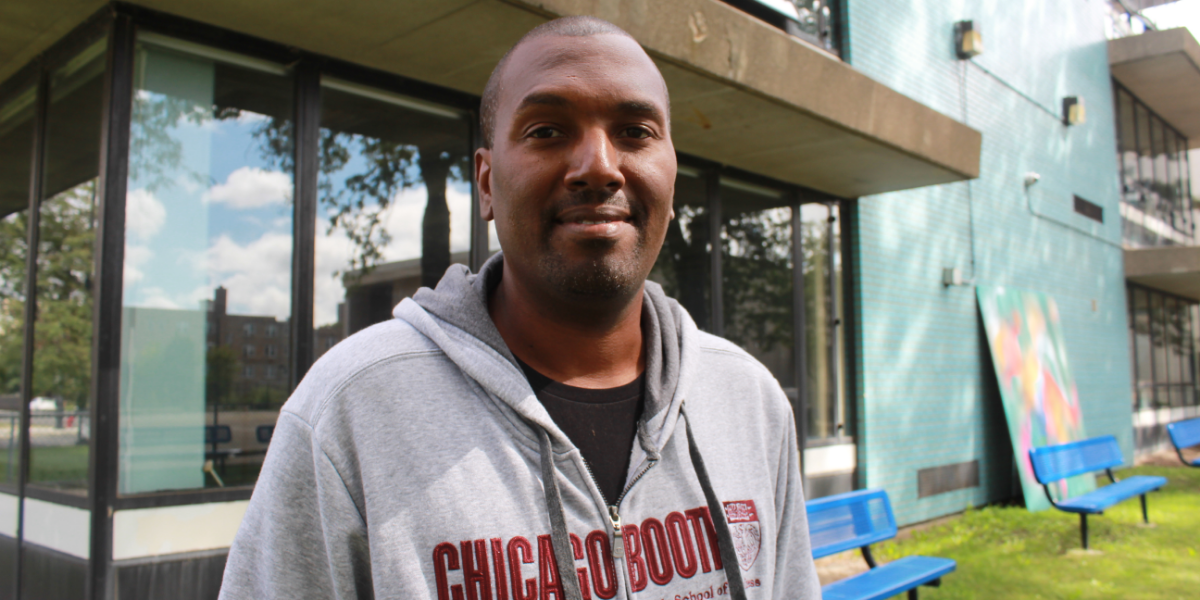 Another Overton classroom is home to Our Great, Great Wall, which the designers say represents “the symbolic significance designed objects and spaces have on communities.” The exhibit was led by Norman Teague of BLKHaUS Studios and Jennifer Park of Jurassic Studio, two Chicago firms. In materials describing the exhibit the designers wrote, as “cultural perception changes there is a shift in society’s views of the worth of buildings.” 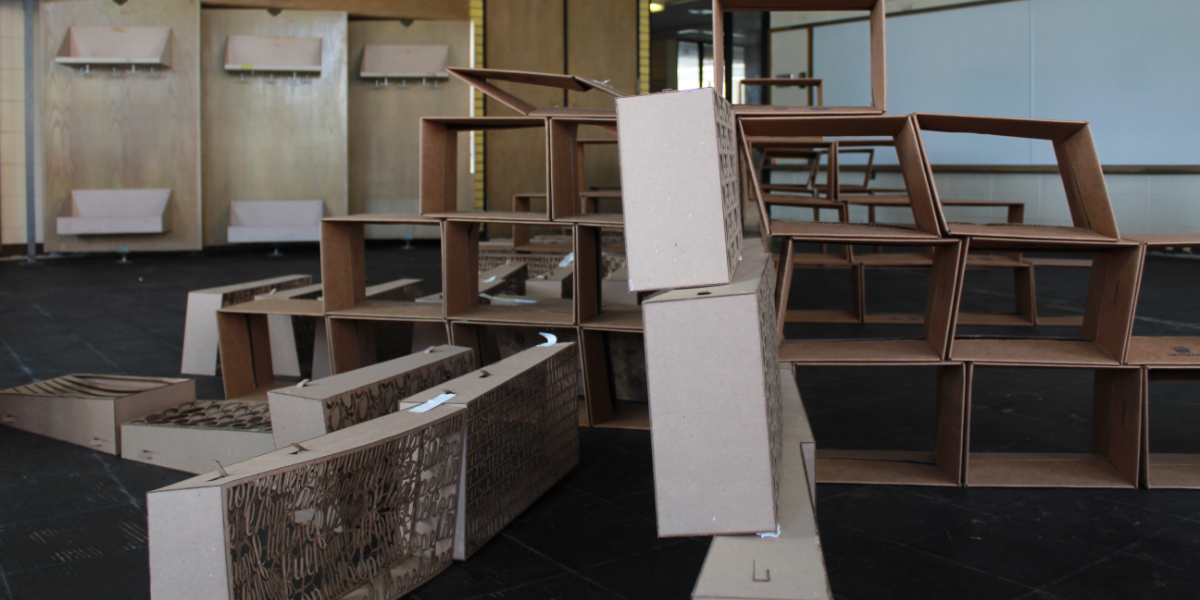 Correction: The Williams Prep models and student installations were from a project coordinated by Chicago Arts Partnerships in Education, first displayed in Overton in June 2016.