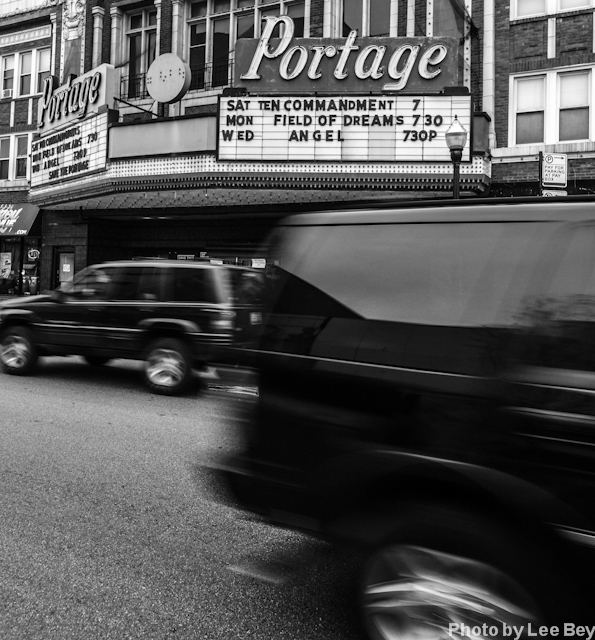 The Commission on Chicago Landmarks unanimously voted to grant preliminary landmark status to the Portage Theater, a 92-year-old venue currently in the sights of a ministry seeking to buy and alter the historic movie house.

The eight-member commission approved a preliminary designation that would protect all exterior elevations and roof lines of the entire building--which includes retail space and apartments as well as the theater--the auditorium "in its entirety", including its spatial volume, floors, walls, decoration and ornament; and the theater's outer lobby, inner lobby and a connecting rotunda.

However, the Portage's marquee, which was taken in the 1960s from the fallen Tivoli Theater on east 63rd St. and is not original to the building, would not be included as a protected feature in the designation.

The landmarks commission's decision came last Thursday, four days after this blog reported the theater, 4042 N. Milwaukee, had been placed on the panel's agenda.  The building is also one of five Chicago neighborhood theaters named to Preservation Chicago's seven most-endangered places list released by the organization last week.

Since last month, the Portage's fate has been a point of concern among some Six Corners area residents and their alderman, John Arena (45th). That's when Chicago Tabernacle, an Albany Park ministry, went public with plans to buy the theater and convert it into a church--and take away the marquee, alter the auditorium and eliminate the storefronts in the process. Under the preliminary designation, these features--except the marquee--would require city approval to remove or alter. 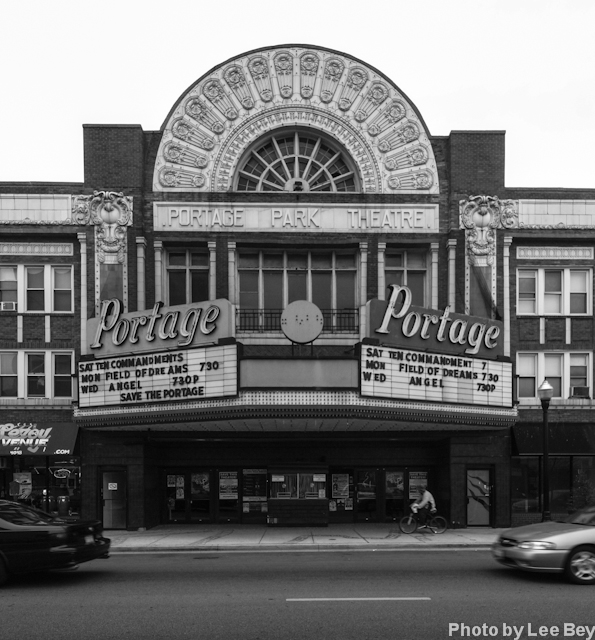 Also cited in the designation report (which is very good reading, by the way) is the Portages's "overall excellent physical integrity." Historic Preservation Division staffers called the theater a "significant" surviving example of an emerging class of well-designed post-World War I theaters. The Portage's terra cotta exterior detail and its unusual 1939 Art Moderne lobby in an otherwise classical building were also mentioned.

The designation protects the building while landmarks officials make a case for a permanent designation that could be approved ultimately by the City Council. Meanwhile the city zoning commission on April 20 will take up the question of a special use permit that would allow the church to operate in the building.