The firing of a respected Chicago elementary school principal is sparking controversy in the South Side neighborhood of Washington Park.

Teachers, parents, students, and prominent community members gathered in Burke Elementary School’s small auditorium earlier this week. They were demanding to know what principal Jessica Biggs did that was so bad that Chicago Public Schools decided to fire her and why they weren’t consulted. They worried that the firing was tied to Biggs’ role illuminating problems at the heart of scandals that rocked the school district this year.

But those gathered in the auditorium were told that Biggs was the subject of an investigation by the district’s inspector general. That report concluded that Biggs told staff members to mark students as tardy, even when some arrived so late that they should have been marked as absent for a half day.

The investigation also found the principal instructed staff to pick up children from their homes and take them to school, without the required paperwork on file.

“It is about integrity,” CPS Chief of Strategy Liz Kirby told the community members. “This is about ensuring that anyone in the system in any position really is following policies and procedures that the board has laid out in order to make sure our schools function in a way that is safe and healthy.”

CPS Inspector General Nick Schuler said he thinks it is good that Chicago Public Schools is taking the findings seriously. His office has documented several cases where principals fudged attendance or other data, but in only one other case did the school district fire the employee, he said.

Jessica Biggs, who had led Burke Elementary in the Washington Park neighborhood for six years, said she was perplexed by what happened.

“They handed me this letter,” she said. “I was in a state of shock. I was immediately dumbfounded.” 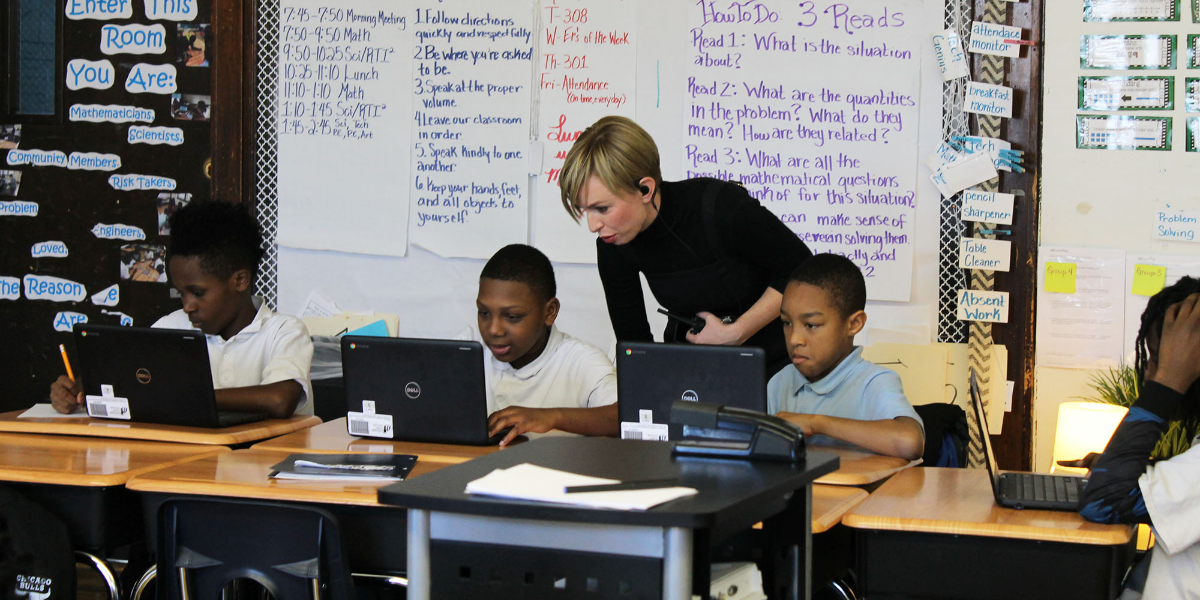 In a letter to the community, Biggs wrote “at no time did I instruct [clerks] to enter attendance in a manner counter to CPS policy.” She admits she didn’t collect the proper paperwork to transport students in the cars of staff members, but said she didn’t know all the requirements and always got permission from parents.

The community and Biggs also are surprised that she has no recourse. Through the six years that she lead Burke, she was kept as an interim principal, which means she was never given a contract and therefore was an at-will employee.

Kirby told the people gathered at Burke that all principals of probationary schools are kept at interim status. She also told them that the local school council —- an elected group of parents and community members that helps run a school —- can have no role in choosing the next principal. In fact, Biggs’ replacement has already been hired and is working at the school.

According to the most recent CPS data, about 100 schools have interim principals.

Jeanette Taylor, a community organizer who trains local school councils and has worked with Burke parents for two years, said that CPS leaders don’t have to be so heavy-handed, though by law and policy, they have the right to be.

“The problem to me is that the parents did not have a say-so and that is classic CPS,” she said. She said she doesn’t think this would happen in schools that serve white, wealthier students.

Students, parents, and teachers at the meeting at Burke urged the school district to reconsider what they were doing. They also asked for more information, which Kirby promised they would get at a later meeting.

Some wondered whether the school district was being so aggressive in firing Biggs because Burke was in the news so much in the past year. In the midst of the dirty school scandal, Burke’s teachers complained bitterly when cleaners came into the school and left it a mess. Then, the head of the Chicago Principal and Administrators Association accused the school district of altering special education documents from Burke to hide that they were breaking the law. The association’s president is running for mayor.