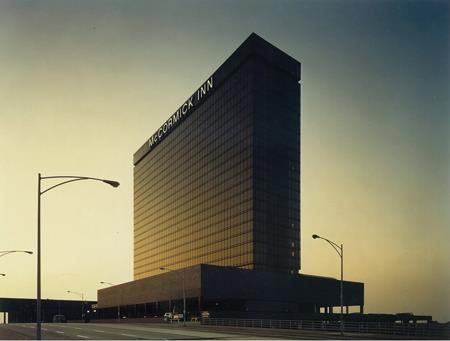 I've got quite a bit of feedback from my post earlier this week on the demolished McCormick Inn.
Built at 23rd and Lake Shore Drive in 1973 across from what was then McCormick Place's only building, the architecturally modernist McCormick Inn was demolished in 1993 after only 20 years of service. It's already been gone as long as it was there.
Gone — but apparently not forgotten. Many of you emailed me or commented on my Facebook page saying you attended events and proms there, or swam in the hotel's big pool. But the most entertaining response came from Epstein Global, the 91-year-old Chicago architecture and engineering firm that designed the hotel.
Epstein put up great early images of the McCormick Inn on the company's Facebook page, including the great sunrise shot atop this blog. Epstein was also kind enough to tell its followers:
"Lee's piece inspired us to post some additional photos of the Inn as well as some rarely-seen additional design concepts for the Inn developed in the early '60s. To us, many of the interiors for the Inn have a Hefner-esque cheese quality going for them — but hey it was the '70s."

Yes it was. And this room is proof. I dig what I am assuming to be a rotary speaker phone between the two beds. I like the funky wall art and the Eames lounge chair  between the window and the bed. 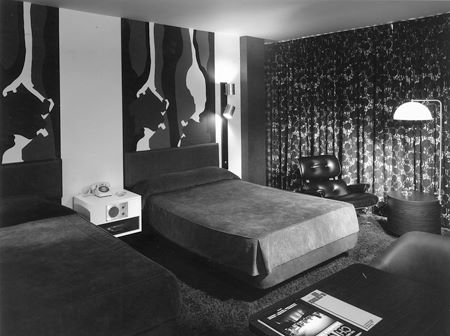 Yowsa! Here is one of those early schemes for the hotel. On its Facebook page, the firm called it a "late '60s space age scheme." I concur. Is that a glass elevator running down that tube in front of the tower? If so, much love: 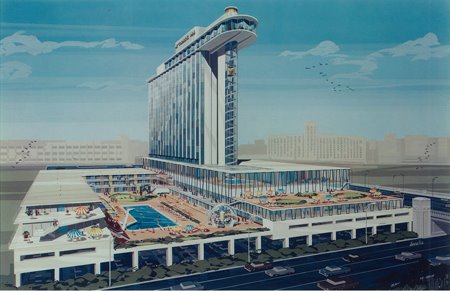 For this one, the firm wrote "Paging Hugh Hefner." No argument there. This looks like the lobby of the hotel that the Regal Beagle pub might have been attached to on Three's Company. And yet. . . I like it: 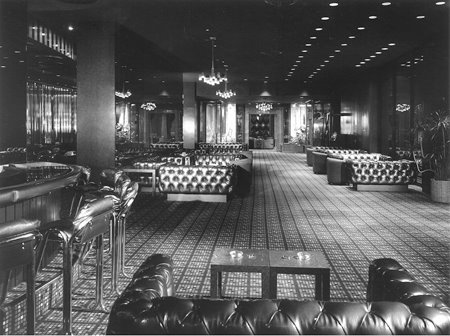 Here's another early 1960s version of what the McCormick Inn might have ended up looking like. Epstein called it the "Copacabana scheme." 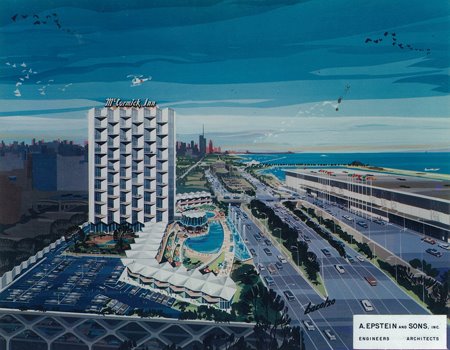 And this one makes me wish for a time machine (and, for some strange reason, a few episodes on DVD of Search starring Hugh O'Brian and Doug McClure): 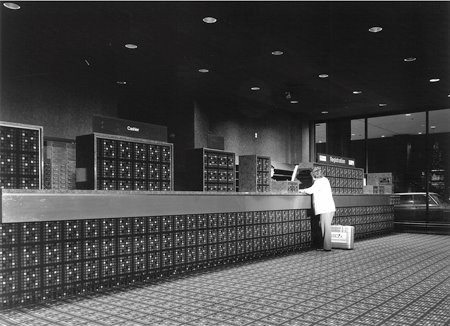 Be sure to go to Epstein's page on Facebook and check out more images. Here's hoping they post even more.