As Chicago police misconduct makes headlines across the country, Chicago Public Schools announced Monday that students will now learn about one of the most infamous police scandals in the city’s history.

The new curriculum includes lessons on how more than 100 people have filed complaints that alleged police officers tortured them between 1972-1991 under the leadership of former Chicago Police Cmdr. Jon Burge.

“These people were shocked with electricity. They were burned with a cigarette lighter, beaten, and tied up,” according to the lesson plan. “They were held for days without food or access to a bathroom and without contact with anyone else. They were denied sleep and left naked. They were hooded, threatened with death, and forced to participate in mock executions. They were verbally abused.”

The creation of the curriculum goes back to 2015, when aldermen passed a historic ordinance to pay reparations to people who said they were tortured into making false confessions. The ordinance promised to pay more than $5 million to those exonerated, as well as give free tuition at city colleges and access to mental health services. But the city added another unusual provision: All 8th and 10th grade CPS students would learn about Burge and the city’s history of police torture. 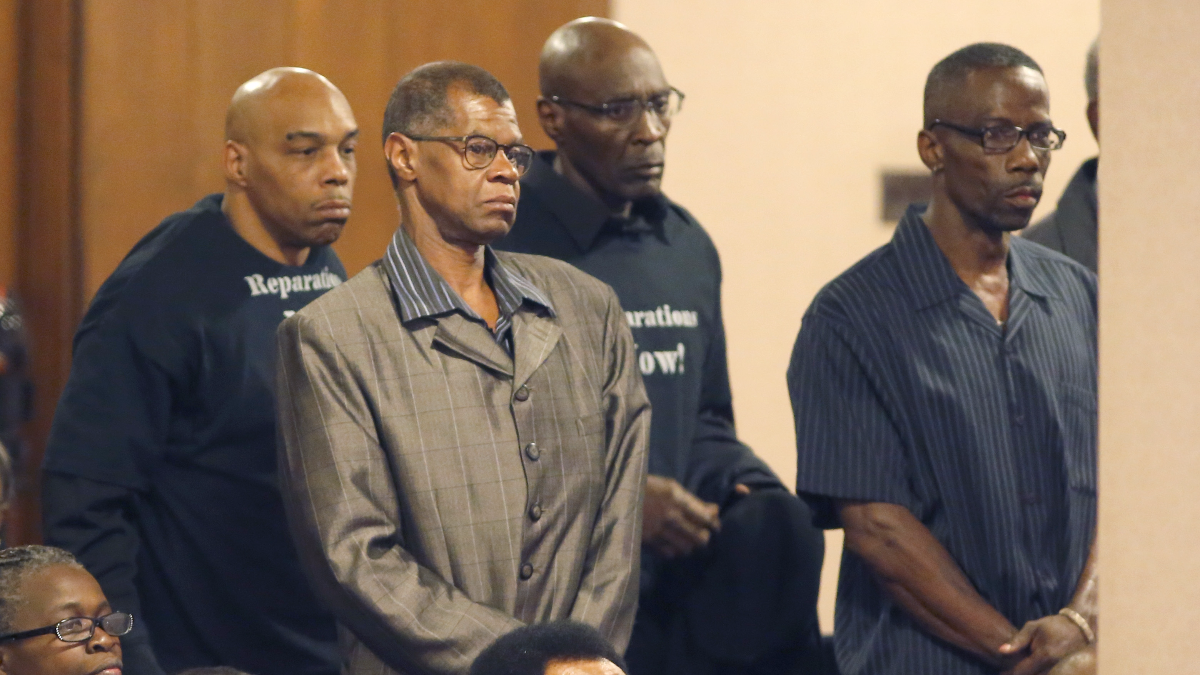 “Chicago will, in fact, be the leading force throughout the United States to change not only the curriculum but also the mind set,” said Darrell Cannon, a community activist who said he was tortured by police. “Because racism, unfortunately, still exists today in this city.”

Chicago Police Supt. Eddie Johnson said it is important to learn from the past.

“It hurts when something you love is criticized, but you have to learn from that criticism,” Johnson said.

But he was careful to distance current officers from the culture of abuse that existed under Burge.

“I think it’s important to know that police department doesn’t exist anymore and will not exist anymore…. there is probably not any police officers that are around anymore that were around during those dark days,” Johnson said.

But the current department is not without scandal.  A CPD officer was found guilty Monday after he opened fire into a car full of teenagers. And another officer, Jason Van Dyke, is awaiting trial for the fatal 2015 shooting of 17-year-old Laquan McDonald.

Teachers will begin the lessons this year. Here’s a look at what students will be taught.

The history of Burge

While never convicted of torture, Burge was convicted of perjury for lying about his knowledge of torture in court papers. Students will use court and government documents, newspaper clippings, photographs, and flyers to learn about the case.

Students will also read first-hand accounts of torture survivors like Anthony Holmes, who described how officers “electric shocked me and suffocated me and he forced me to confess to a murder I did not do. And, I had to accept that I was in the penitentiary for almost thirty years.” One lesson plan includes drawings Holmes made to describe the torture to his lawyer. 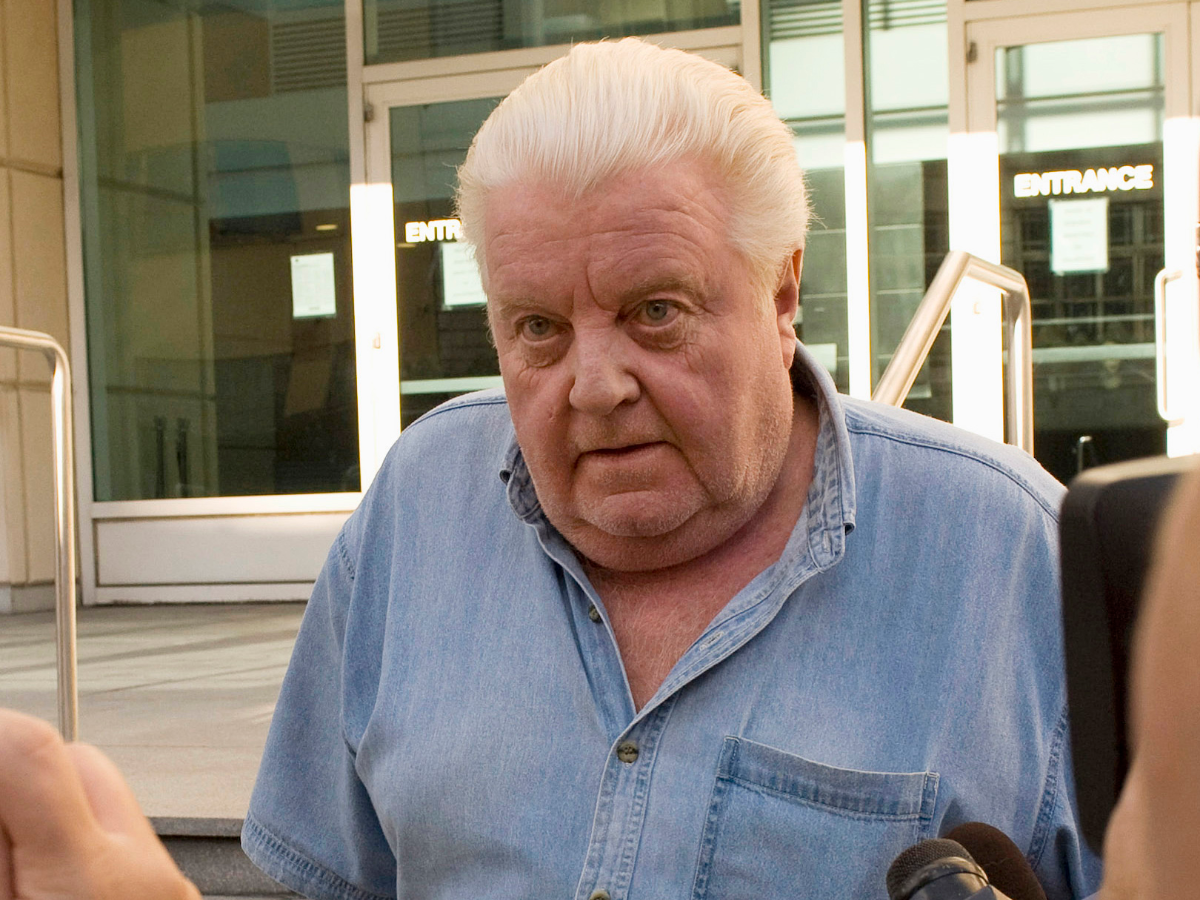 In addition to learning about the details of the Burge torture scandal, students will be encouraged to consider larger social issues, like how institutional racism may have helped lead to the torture.

For example, the lessons include maps to show Chicago’s racial segregation and to describe how redlining and public housing policy exacerbated the problem. Students will learn how that segregation may have helped create concentrated pockets of poverty in black neighborhoods.

They will also be taught that concentrated poverty could lead to increased crime and gang affiliation, which could contribute to racist views and help create circumstances for police abuse. 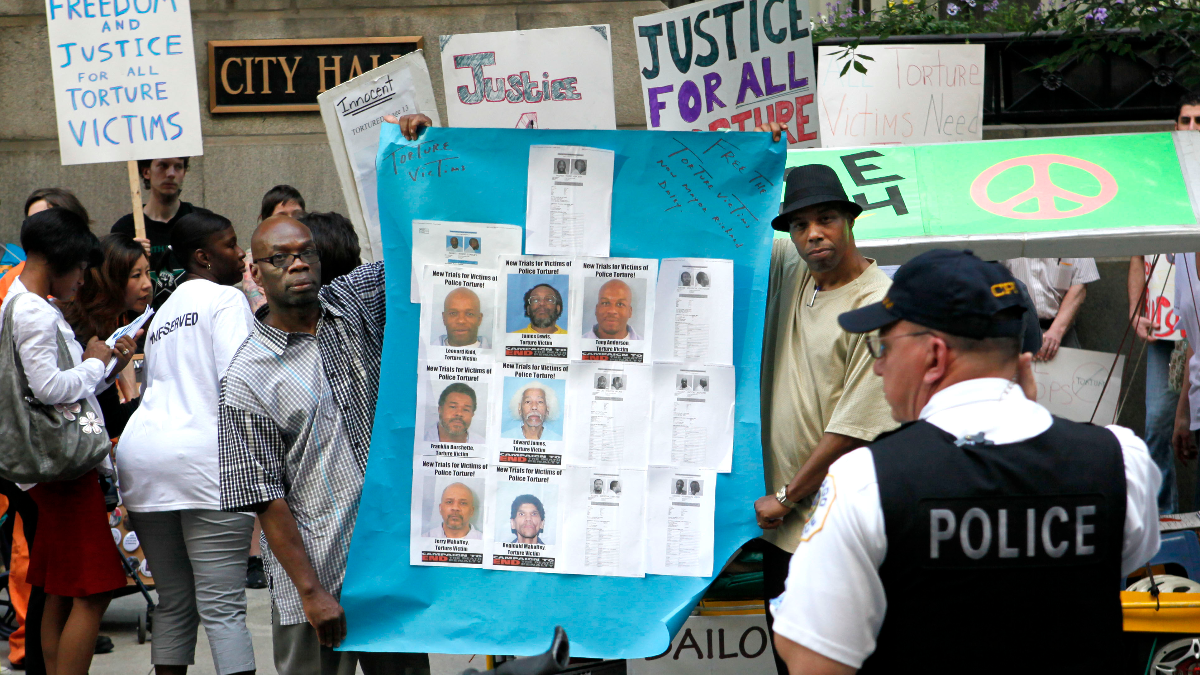 The role of activism

The role of community activists is a central piece of the lessons.  According to teacher instructions, students will learn “activists worked tirelessly for decades to find some measure of justice for torture survivors, their families, and the community.”

In one lesson, students learn about many different activists groups that worked for change. Students are then prompted to discuss questions like, “How many different strategies were used in working for change? Is it possible to tell which were most effective?”

Students are instructed to journal about what they would have done if they were a community leader on the South Side and heard stories about African-American men being abused by the police. 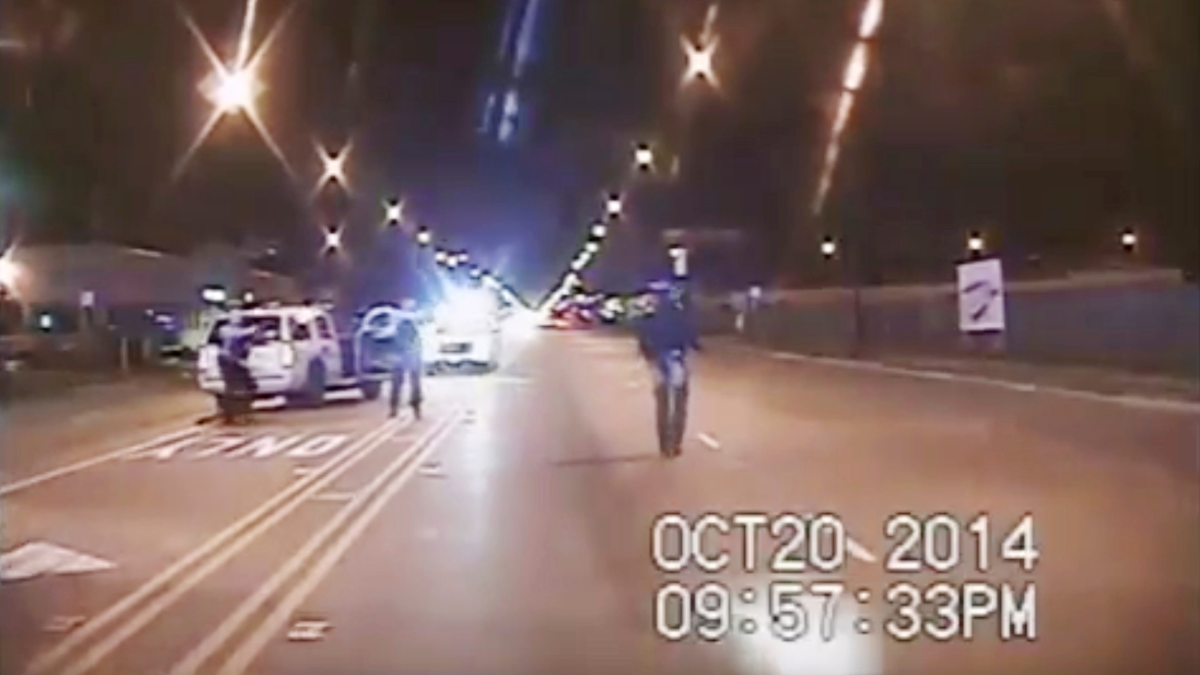 Teachers will be instructed to be prepared for students to make connections to contemporary stories of police violence and “to validate and welcome these connections.” Teachers are also told that by learning about the activists’ movements, students may gain ideas on how to address current conflicts.

“If we knew about the past and Jon Burge, you can make sense of how some police officers still feel emboldened to treat us any kind of way. ...  [this curriculum] gives the students a better understanding about why things exist today,” Cannon said.