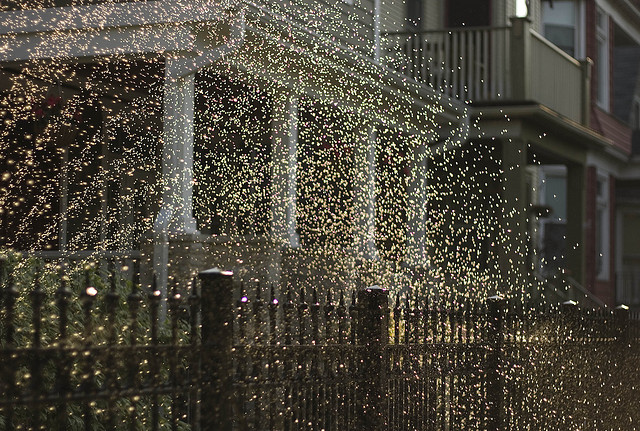 Wow, can you say August? It felt like every other store I hit up this weekend was having a half-off sale, clearing out the summer stock. As we enter the ninth and traditionally hottest month this week, it’s clear your opportunities for artsy outings are nowhere near done, but here are a few things to hit up while the summer’s still ripe.

1. Chicago Shakespeare in the Parks kicked off this past Sunday with what the good folks at Chicago Shakespeare Theatre are calling their first “city-wide” tour of open-air Shakespeare. This week alone you can catch live performances of The Taming of the Shrew in the Chesterfield, Pilsen, Humboldt, Lawndale and Austin neighborhoods for free. Austin often makes the news because of violence in the community, but it has also been heating up culturally this summer. A new, three-part music festival kicked off in July, and I’ve heard rumor that the City's 2012 World Music Festival will host an event in the neighborhood. Confirmation could come this week - Mary May of DCASE said by email that the department is “working” to get the schedule out this week.

2. Tuesday at the People's Palace: aka the Chicago Cultural Center is the final town hall gathering public reaction to the draft Chicago Cultural Plan. You’ll review the plan’s priorities, recommendations and initiatives with a lightning round of online voting via transponder, followed by lengthier discussion during the group break-out session. You’re encouraged to RSVP but the event is public and kicks off at 6. Get there early to snag a seat.

3. If you like a little politics with your art, check out “Poetry, Prose and Politics.” The event is tonight, and features Congresswoman Gwen Moore reading some of her original poems, as well as “fun performances” from Congresswoman Jan Schakowsky and Chicago City Clerk Susana Mendoza. If you’ve got a hankering for a little Kahlil Gibran, head to the Blue Frog's Local 22 at 5:30. Meanwhile the Illinois Humanities Council hosts “A Social Justice Happy Hour,” which involves drinking and storytelling by local activists and artists, including The Encyclopedia Show’s Robbie Q. Telfer. BYOB, food provided. The event’s at local music venue/coffee shop Township, from 5-8 pm.

4. Oak Park native and Rookie publisher Tavi Gevinson was the subject of yet another profile in this weekend’s New York Times, including the obligatory nod to media mentor/impresario Ira Glass. The latest angle: As Gevinson grows up, could she age out of her celebritude? Scintillating.

5. This is a story many Chicago musicians can relate to, sadly. Local jazz drummer Frank Rosaly’s car was stolen recently, and some of his equipment was in the trunk.  What he's lost:

If you see any of it on craigslist or eBay or elsewhere, you can contact Rosaly here.