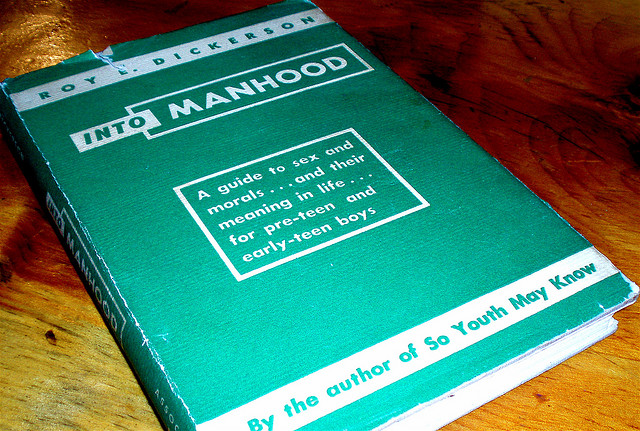 "Some of you may remember that earlier this year, Republicans tried to shut me out of a hearing on contraception," said Sandra Fluke while speaking Wednesday evening at the Democratic National Convention in Charlotte. "In fact, on that panel, they didn’t hear from a single woman."

Fluke, of course, is the former Georgetown University Law School student deemed "a slut" by Rush Limbaugh after she advocated on behalf of cheaper birth control paid for by her school's health insurance plan. And writer Megan Stielstra considers Fluke's absence from said Congressional hearing a problem as well. To Stielstra, it's a mystery where those Republicans who are particularly concerned with the female anatomy learned what they know about it. "Vague information can be just as dangerous as innacurate information," she says. Read an excerpt below or listen above:

My four-year-old son will happily tell you that he has a penis. He’ll also tell you that most men and boys have them as well, and that most women and girls do NOT. Rather, they have "something else." I’ve asked him on multiple occasions if he’d like to talk about what that something else is and he’s always said, “No thanks,” and then back to his robots, which doesn’t alarm me because 1) as I mentioned, he’s four, and 2) he’s not making federal policy decisions that influence the reproductive rights of every woman in the country regardless of her health, family situation, socio-economic status, political affiliation and private belief system. But last week, out of the clear blue sky, while waiting in a very long line at Target, he said, in that very loud, look-at-me way that four-year-olds have in crowded public places: “So, Mommy. Vaginas. Tell me all about them.”

Let's repeat that: Vaginas. Tell me all about them.

It seems to me that there are a lot of grown-up men who should be asking this question.

Lately, I’ve found myself concerned — and by concerned I mean angry — that people — and by people I mean men, mostly white and old and straight and Republican — are making decisions about my body — by which I mean my vagina — based on false or incomplete information — by which I mean batsh** crazy made-up fiction. And I’m a fiction writing teacher! I love the imagined, the exagerated; except when it’s used in legislation.