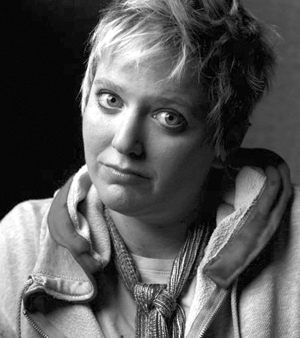 - 3Arts has announced the ten local recipients of their 3Arts Awards, all of whom will receive $15,000 to use on their own projects. The chosen few are: choreographers Monique Haley and Nejla Yatkin; vocalist Dee Alexander and instrumentalist Lanialoha Lee; teaching artists Miguel Aguilar and Avery Young; lighting designer Heather Gilbert and director Halena Kays; and visual artists Harold Mendez and Maria Vergara. They'll get their awards Monday night at the Museum of Contemporary Art. "As we unveil the 2012 3Arts awardees, we also celebrate a major milestone for our organization," said 3Arts Executive Director Esther Grimm in a statement. "In our first five years, 3Arts has distributed $1,000,000 to artists across the city---a testament to our dedication to supporting a diversity of artistic voices in our community."

- Speaking of Halena Kays, she's having a good week/year: the Chicago Park District's has chosen her as one of the curators for next summer's Theater on the Lake season. Kays is artistic director of The Hypocrites, and she'll be joined by Joanie Schultz, freelance opera and theater director. They'll be announcing their picks in the spring.

- Steppenwolf has added a final three performances to the run of The Book Thief; tickets to those performances go on sale October 24.