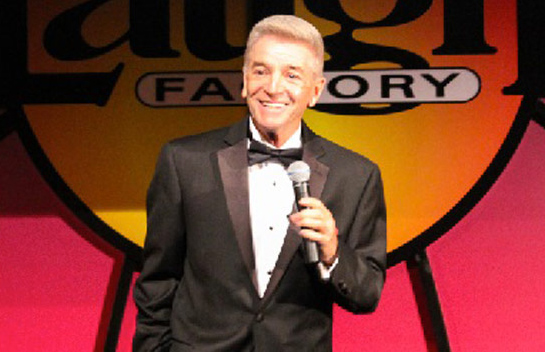 - The new-and-improved Laugh Factory Chicago welcomes Tom Dreesen on Wednesday August 29 for their event From Combat to Comedy with comedians like Bobby Henline, Joe Kashnow, Steve Rice and Darisse Smith, who all have a history of service and have performed at the Laugh Factory Before. This will be the official opening of the club; note that Laugh Factory "is spreading its message that laughter is the best medicine by offering free admission for all of America's returning warriors to its four locations for an entire year," says founder Jamie Masada. But sorry, the event is invitation-only

- WildClaw Theatre Artistic Director Aly Renee Amidei is joining Lifeline Theatre as a member of the ensemble. She does costume design and writers.

- The plot of Strangeloop Theatre's Shadows & Lust goes thusly: "In the play, 18 year-old sex addict Cal seeks a change in geography to curb his destructive habits. But between his girl-obsessed roommate, the sex-drenched atmosphere of college, and the allure of the Internet, he realizes that taming his addiction may be more difficult than he thought. With so many hurdles, is it even possible to leave the past behind and find healthy, meaningful relationships?" It's at the Chicago Fringe Festival in September.

- Chicago Opera Theater got half a million dollars from the Andrew W. Mellon Foundation, which they'll  use to "support works by American composers over the next three seasons, including Chicago Opera Theater’s first commissioned opera." Also, some of the money will go into creating a cash reserve fund, whatever that is (apparently someplace people keep money they want to have quick access to. So like, a checking account right?). “The creation of a cash reserve fund is an essential ingredient in putting COT on firm financial ground..." said COT Board President Gregory O'Leary. COT has now gotten three grants from the Mellon Foundation.