- Steppenwolf's excited because Who’s Afraid of Virginia Woolf? has been extended on Broadway through February 24, 2013.

- The 2013 Lookingglass gglassquerade (woah.) will be hosted by Stephen Colbert on March 2, 2013 at 6 pm at the Four Seasons. “The fact that Stephen is uncannily brilliant, desperately funny, and irritatingly good-looking is not particularly important, or something we should hold against him (but we do so anyway),” said Artistic Director Andrew White, who went on to remind us that Colbert has had a long relationship with the theater. He'll also be getting a Lookingglass Civic Engagement Spirit Award.

- All those Halloween show options have a lot of reviews, courtesy of the Reader.

- For some humor, check out these #theatricalsitcoms, trending on Twitter. My personal favorite: "Everybody Hates Hamlet." The internet party was launched by Howard Sherman, unsurprisingly. 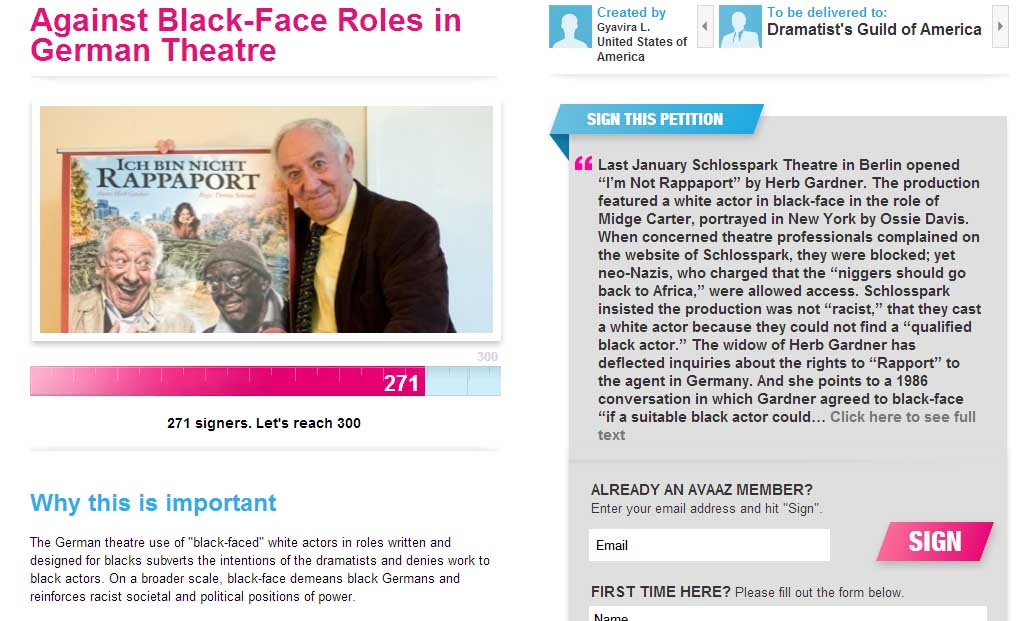 - Bruce Norris released an open letter via the Dramatist's League over a German theater company's decision to cast a white woman wearing blackface in a production of his play Clybourne Park. "When we write plays, among other things, we are creating employment for working actors, and often we intend to employ a specific diverse body," writes Norris. "Whatever rationale the German theatre establishment might offer for their brazenly discriminatory practice is of no interest to me." The entirety of his letter is worth a read, as is Kenneth Jones' of Playbill, which includes some helpful context as to how different theaters that may or may not have access to a diverse group of actors to cast in their productions make do. Additionally, the Guild explained their thought process behind publishing the letter:"While we do not, as a general matter, allow members to use the Guild’s communications network to advocate for their particular views, we are making this statement and petition available to the membership because it relates directly to an author’s right of casting approval, which is a critical right reserved to authors and one at the heart of the Guild’s purpose in advocating for authorial ownership and control of their work." You can sign the petition "Against Black-Face Roles in German Theatre" at the link