- In 2013, the Goodman Theatre's Latino Theatre Festival will now be in the Spring and for several months, from March 22 to June 30. The productions included in the line-up are Pedro Páramo from Teatro Buendía of Cuba, The Happiest Song Plays Last by Quiara Alegría Hudes and Home/Land from Albany Park Theater Project. Of the latter, Kelly Kleiman wrote "I especially liked the game show Who wants to be an American?" when it was up in February. 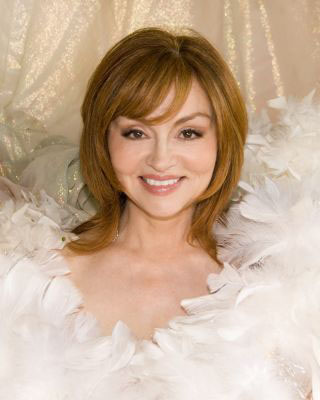 - Comedian Judy Tenuta is performing FREE gay marriages at the Laugh Factory Thursday night through Saturday during her 8 pm show. The show is $29 at the door which makes this the STEAL OF A LIFETIME. ("There is a two drink minimum.")

- The Auditorium Theatre is having a Devil's Ball where you can get backstage tours of the very beautiful Auditorium Theatre. It's Friday September 28 at 7:30 pm and its $65 ($75 after September 13 and $85 at the door -- by then it will be cash only). There will also be snacks and  DJ.