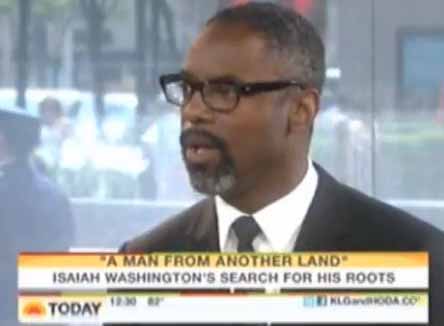 - John Malkovich, who some may not realize is an ensemble member of Steppenwolf, will play Casanova in a production of The Giacomo Variations in New York.

- TV star Isaiah Washington is set to take part in Unspeakable, a play about Illinois native and comedian Richard Pryor at the Royal George Theatre this October. The role of Pryor will be played by James Murray Jackson, Jr., who originated the role at the New York International Fringe Festival in 2005. Nowhere in these press release bios does it mention Washington's time on Grey's Anatomy, the show that most know him by, though that's relatively unsurprising.

- Upcoming UP performers include Tommy Davidson of MadTv, Charlie Murphy of Chappelle's Show and Bobcat Goldthwait of how could you ever forget that name?

- An interesting theater quandry happening not in Chicago, but Off-Broadway, is occurring, and it's all about Three's Company. Three's Company! I wish I could double-italicize that