1. Victory Gardens has announced a new list of ensemble playwrights and they are Philip Dawkins, Marcus Gardley, Samuel D. Hunter and Tanya Saracho. This is a SEVEN year residency, after which they will be deemed "alumni"; the current Playwrights Ensemble will all graduate to alumni status. “This has always been a dream for me as a playwright. As the new Artistic Director of a theatre that has devoted itself to the American playwright, I'm hoping to amplify the definition of the ‘artistic home’ for our country's writers,” said Chay Yew in a statement. “These are also some of the most remarkable theatrical voices in our country. Along with Jan Kallish and the entire VG family, I am honored that they have decided to make Victory Gardens their home.” Remind yourself of at least some of the stuff they like; Dawkins is a regular at The Paper Machete. 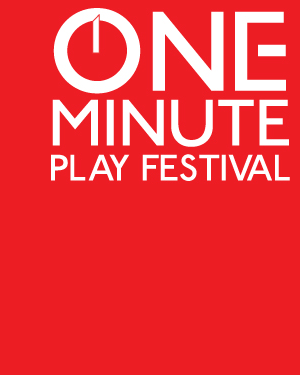 2. More from VG: Victory Gardens is doing another Chicago One-Minute Play Festival on April 15 and 16. It's almost one hundred plays and "a One-Minute Play is a form of theatre that looks at the ten-minute play form and structure, and distills it down to the most immediate story-telling event or core emotional content." Familiar names involved include Scott T. Barsotti, Randall Colburn, Bilal Dardai, Philip Dawkins, Ike Holter, Mickle Maher, Marisa Wegrzyn, among others. You can read their thoughts here.

3. Vintage Theater Collective and Edgewater Arts are starting a Fable Festival throughout the Edgewater Neighborhood. It'll be May 16 through 20 in "non-traditional spaces." It starts on the 16th at Women & Children First. “The festival is unique in that from the onset we set out to collaborate not only with arts organizations but also with businesses and the Alderman’s office to work together to create an exciting event for the community,” said Julieanne Ehre, founder of the Edgewater Arts Center and co-producer of the Festival in a statement.

4. The Marvin Gaye Story (Don’t Talk About My Father Because God Is My Friend) was written and directed by Jackie Taylor, so perhaps she named it? I'm dying to know how they chose that particular song to pay homage to. The press opening is May 20.

5. Chicago Opera Theater's 2013 season (the first under Andreas Mitisek) includes Philip Glass’ The Fall of the House of Usher; Ástor Piazzolla’s María de Buenos Aires; and Giuseppe Verdi’s Joan of Arc (Giovanna d’Arco). “Each time you come to COT, you should be surprised by something you hadn't thought existed. We want to make you laugh and cry and reflect on the stories we present,” said Andreas Mitisek in a statement. “What ties these operas together is their focus on the tension between the power of love and the love of power. Philip Glass, Ástor Piazzolla and Giuseppe Verdi all question our views and enlighten us with insights into the eternal means of the human heart.” Looking ahead even further: as Mitisek will remain connected to Long Beach Opera, the companies will produce The Fall of the House of Usher together.