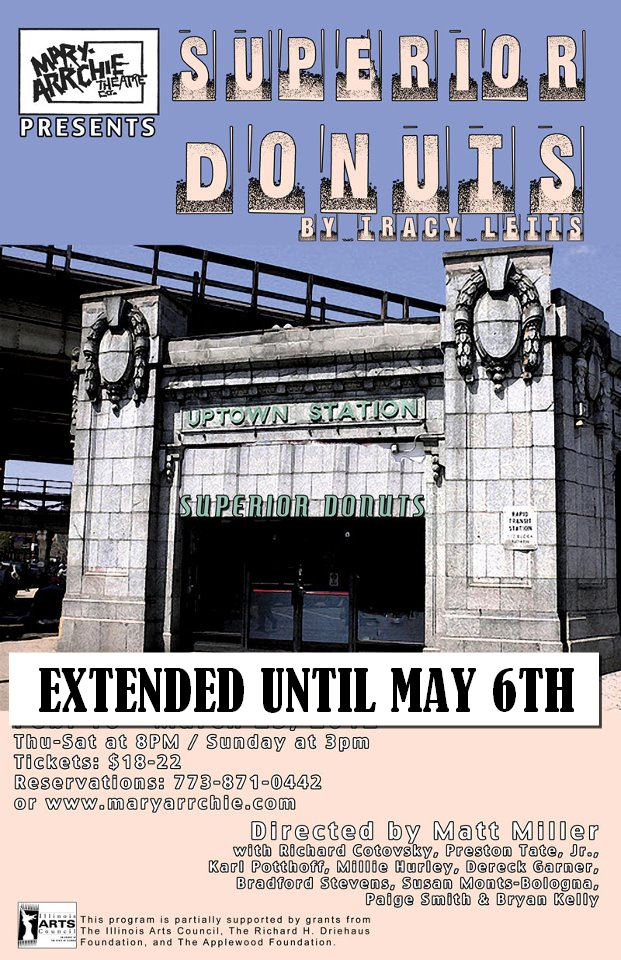 - Remember that Beatbox Comedy is on Thursdays at Strawdog Theater.

- Some investors for the Broadway play Rebecca are actually not real, reports the New York Times.

- If it's not broken and people aren't sick of it and it won a bunch of awards, do it again! Mary-Arrchie Theatre Co. is restaging Superior Donuts with most of their original cast October 31 at the Royal George. In a statement, Artistic Director Carlo Garcia noted that the production was sold out for three months and was the most successful show in the company's 27 year history.

- Hubbard Street Dance Chicago's 35th season starts up at the Harris Theater the weekend of October 18. The evening is notable because it's the opening of their first full-length performance, choreographed by Alejandro Cerrudo, who was inspired by Marc Chagall's "Windows", which you can see at the Art Institute. Hubbard Street is dedicating this piece to Mayor Rahm Emanuel (much like Chagall's windows was dedicated to Mayor Daley in 1977, when Hubbard Street Dance began), who said in a statement, “I am committed to making Chicago a worldwide destination for dance and look forward to celebrating this wonderful cultural institution in our city.”