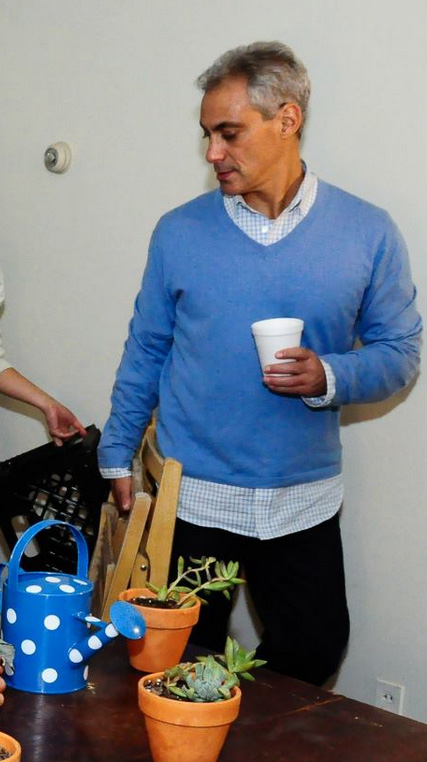 - Chicago Mayor Rahm Emanuel made a suprise appearance at Sunday night's fundraiser for The Whiskey Rebellion, a local theater collective formed in 2010. Apparently, a friend from the Board of Education brought the Mayor along who, as you can see from this photo captured by Evan Hanover, is adept at carrying a folding chair. He's also good at looking casual whilest standing in a crowd. The Whiskey Rebellion's show Wake: A Folk Opera was workshopped over the summer and proceeds from last night's BBQ go to putting on the real deal.

- Comedian Jamie Kennedy will be at the Laugh Factory this coming weekend. Tickets are $25-35. Kennedy is host of a new game show on the CW called Oh Sit! Get it?

- The Chicago City Council adopted a resolution to honor Midsommer Flight for "their dedication to bringing the arts to underserved communities" through inclement weather. Here is a photo of it. It looks professional.

- And on New Years weekend, Hannibal Buress will take over Zanies all across Chicagoland, with performances in Rosemont, St. Charles and Chicago.