David Remnick is the editor of The New Yorker magazine. It’s a title he’s held since 1998, and one that requires a tireless attention to detail, and an endless awareness of current news, trends, and ideas. In short, he keeps himself busy. Under Remnick’s leadership, the magazine has addressed national events like September 11 and the ensuing wars in Iraq and Afghanistan; he has also transformed the publication into a nimble digital enterprise amidst a cratering media landscape.

Remnick has six books and numerous anthology credits to his name, and has worked with some of the leading literary lights of the last two decades. In this wide-ranging conversation, he talks about some of those relationships, about his early career — including four years in Perestroika-era Moscow — and about his lifelong love affair with the music and ideas of Bob Dylan. 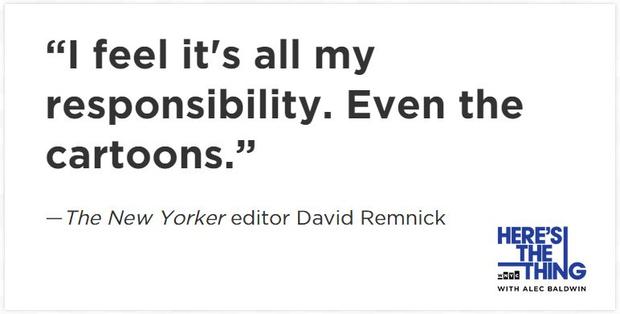