This story is part of 16 Shots, a podcast about the fatal police shooting of Laquan McDonald, the trials of Officer Jason Van Dyke and three other officers, and the troubled relationship between African-Americans and the Chicago Police Department. Check the podcast feed later to hear the latest episode. To hear all the episodes, subscribe on Pocket Casts, Apple Podcasts, or wherever you get your podcasts.

Prosecutors laid out what they called a “clear” and “straightforward” case, and defense attorneys blasted the charges as “ludicrous” and “nonsense” on the first day of trial for three Chicago officers charged with covering up for Officer Jason Van Dyke the night he killed 17-year-old Laquan McDonald.

Officer Thomas Gaffney, former Officer Joseph Walsh, and ex-Detective David March are charged with obstruction of justice, official misconduct, and conspiracy to commit those offenses. Their trial comes about two months after Van Dyke was convicted of second-degree murder for the 2014 shooting.

Police reform advocates say this trial could strike a major blow to the so-called police code of silence.

The officers’ attorneys say the charges are politically motivated.

‘Those who are sworn’

She told the judge the conspiracy started just hours after Van Dyke shot McDonald, when officers on the scene met with detectives, discussed the shooting, and watched a now-infamous dashcam video that shows Van Dyke opening fire within seconds of arriving.

“Those who are sworn to tell the truth began to fashion a story, to shape a narrative, to provide false information, and create the lies that were designed to help Van Dyke avoid the consequences of his actions,” Holmes said. “Instead of serving and protecting all citizens of Chicago, the defendants tried to protect only one, Jason Van Dyke, by trying to create a false justification for the shooting of Laquan McDonald.”

Holmes was followed by three defense attorneys, one for each defendant. By far the longest and most dramatic was former prosecutor James McKay, who repeatedly raised his voice and was indignant throughout.

McKay is defending March, who was in charge of investigating the McDonald shooting. He blasted the charges against all three defendants as “nonsense.”

For much of his opening statement, McKay echoed the unsuccessful defense mounted by Van Dyke at his murder trial and focused on the actions of McDonald leading up to the shooting.

He started by calling out Holmes for mentioning that McDonald was black.

“Race has nothing to do with this case,” McKay said. “This case is about law and order. It’s about Laquan McDonald not following any laws that night. There must be some individual responsibility.”

McKay told the judge his client made sure the investigation into McDonald’s death “was thorough and complete.” And he said the fact that March cataloged the dashcam video of the shooting — rather than destroying it — is proof he was not part of any effort to cover up the truth.

“Police officers...were not violating the public trust. They were doing their jobs on behalf of the public. McDonald was breaking every law he could possibly imagine that night,” McKay said. 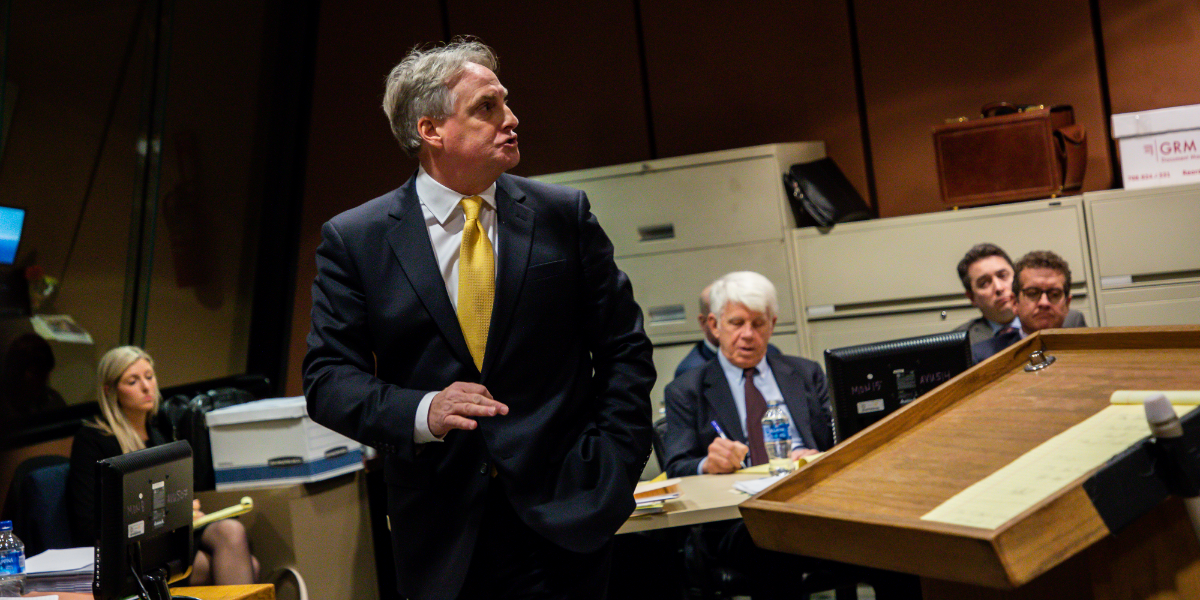 McKay’s fellow defense attorneys did not match his theatrics, but were equally incredulous. Each of them repeated a similar theme: that prosecutors had seized on a few discrepancies among pages of reports and exaggerated them to satisfy an outraged public.

“Judge, what is Thomas Gaffney doing here?” attorney Will Fahy asked of his client. “What in the world did he do that rose to the level of criminal conduct?”

Fahy claimed Gaffney, one of the first officers to encounter McDonald the night he was killed, did an admirable job.