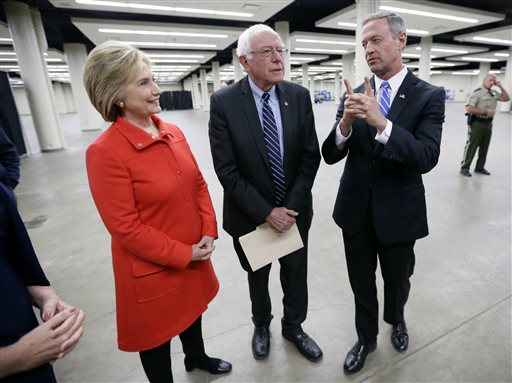 At a time when Republicans have struggled to keep their party in order in Congress, while more than a dozen presidential candidates are taking primary shots at each other, Democrats like to tout their relative unity.

That was the message at the Iowa Democratic Party's Jefferson-Jackson Dinner on Saturday in Des Moines, where more than 6,000 party faithful were gathered.

But it is a primary season, and there can only be one nominee. The fundraising dinner is traditionally a critical chance for candidates to impress party activists, who can mobilize their social networks to turn out for the Iowa Caucuses on Feb. 1.

Without mentioning Hillary Clinton by name, Vermont Senator Bernie Sanders listed issue after issue where critics have accused her of flip-flopping, and painted himself as a consistently progressive voice.

Regarding his vote against going to war with Iraq in 2002, Sanders said the pressure was on to support the invasion, but he said no: "It gives me no joy to tell you that much of what I predicted about Iraq turned out to be right – it doesn't give me any joy at all. But that was a tough vote. I came to that fork in the road, and I took the right road, even though it was not popular at that time."

Hillary Clinton has called her vote to authorize the war a "mistake."

On trade, Sanders took aim at the proposed Trans Pacific Partnership, a deal Clintonhelped promote as Secretary of State and once said she hoped would be a "gold standard" for trade.

On Saturday, Sanders used Clinton's words to criticize the deal, which she now opposes. "That agreement is not now, nor has it ever been, the 'gold standard' of trade agreements. I do not support it today, I did not support it yesterday, and I will not support it tomorrow," Sanders said. 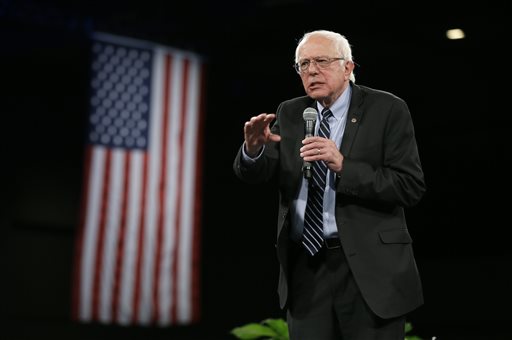 On the Defense of Marriage Act, signed by President Bill Clinton in 1996, Sanders said he was proud to be among the minority in Congress to oppose the now-defunct law restricting the federal definition of marriage to heterosexual couples.

"Let us all remember that gay and lesbian rights were not popular then as they are today," Sanders reminded the crowd.

But some critics have pointed out that Sanders doesn't have a perfect record of supporting LGBT rights.

Hillary Clinton: "I won't be silenced"

Clinton also avoided mentioning her rivals by name, but took aim at Sanders, an independent who is seeking the Democratic nomination, by highlighting her loyalty to the party.

Clinton made repeated pleas for stricter gun control – an issue where Sanders, hailing from a rural state with a strong hunting culture, has been vulnerable to criticism from the left.

As she has done before, Clinton took aim at politicians who, she said,

have told her to "stop shouting" about ending gun violence. That's an apparent reference to comments by Sanders that people should "stop shouting at each other" about guns.

"I haven't been shouting," Clinton said. "Sometimes when a woman speaks out, some people think it's shouting. But I won't be silenced, and I hope you won't be, either. How many more people have to die before we take action?"

Sanders, for his part, says his comments were not about gender.

Former Maryland Governor Martin O'Malley, who has struggled to gain traction in the race, suggested that his rivals don't have the executive experience needed to be president.

"While all of the candidates here tonight share progressive values, not all of us have a record of actually getting things done," O'Malley said.

He said that's a skill he learned as a governor, and as the mayor of Baltimore – a record he's had to defend in the past.

O'Malley took an apparent jab at Clinton – the former Senator from New York – with a line attacking the financial industry.

"I have never represented Wall Street, and I sure as hell won't be taking economic orders from Wall Street when I am working for you in your White House," he said. 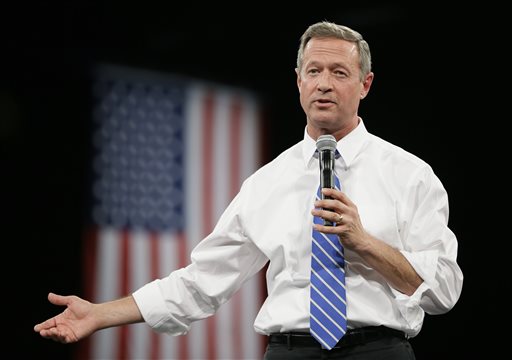 With less than 100 days to go before the Iowa caucuses, expect the candidates to take more shots at each other in the coming weeks. They'll have another chance to do that when they meet November 14 for their second debate – this time at Drake University in Des Moines.