Republicans who might have been leery of supporting the bipartisan Dream Act got a more conservative-friendly option this week in the form of a new bill dubbed the SUCCEED Act (Solution for Undocumented Children through Careers, Employment, Education and Defending our nation).

“This, I believe, is a fair and orderly method for providing a permanent solution for the DACA children,” Sen. Thom Tillis, R-N.C., told reporters Monday during a Capitol Hill news conference.

The SUCCEED Act is the latest proposal floated by lawmakers in the weeks since President Donald Trump announced his decision to pull the plug on the Obama-era DACA policy (Deferred Action for Childhood Arrivals).

Trump is first giving Congress six months — until March 5, 2018 — to codify the legal protections for the roughly 800,000 DACA recipients, commonly known as “Dreamers,” who were brought to the U.S. illegally as children.

“We took into consideration a basic fact: In American law, we don’t hold children accountable for the actions of their parents,” Lankford said Monday. “They’re caught in between at this point.”

A more restrictive path to legalization

The SUCCEED Act features many of the same requirements and provisions of the Dream Act but imposes more restrictions. Like the Dream Act, the new GOP proposal requires that qualified applicants be gainfully employed; pursue or complete a high school or post-secondary education; or serve in the U.S. military.

The SUCCEED Act also includes a longer path to citizenship for DACA recipients, as compared to the Dream Act. Only after 15 years of legal status, including at least five years as a green card holder, could an applicant could apply for citizenship.

Beyond that, the proposal prevents recipients from sponsoring family members for lawful permanent resident status. That’s a practice known as “chain migration,” which Trump and other immigration hawks oppose.

Sen. Lankford told reporters he briefed Trump on the legislation during a recent telephone call. Trump, Lankford said, “was very supportive of the concepts, saying that’s the right way to go.”

Lawmakers on Capitol Hill face increasing pressure to fix the DACA program, with time running out and polls showing wide support for the policy.

A Washington Post/ABC News poll out this week finds 86 percent of those surveyed support allowing the Dreamers to stay in the U.S. The same survey shows more than two-thirds of adults — 69 percent — support the DACA program “strongly.”

“We think it’s a balanced resolution for a vexing problem that hasn’t been solved for 30 years,” he said.

Sen. Hatch — who had been a longtime supporter of the Dream Act — said he now thinks the SUCCEED Act has a better shot at passing through both chambers of the GOP-led Congress.

“We all need to focus on a bill that has a chance of passing,” said Hatch.

The move — known as a discharge petition — permits any bill to be brought to the floor without being first approved by House leaders. But it’s a long shot since the GOP controls the House and rank-and-file Republicans would have to buck their leadership to sign on. 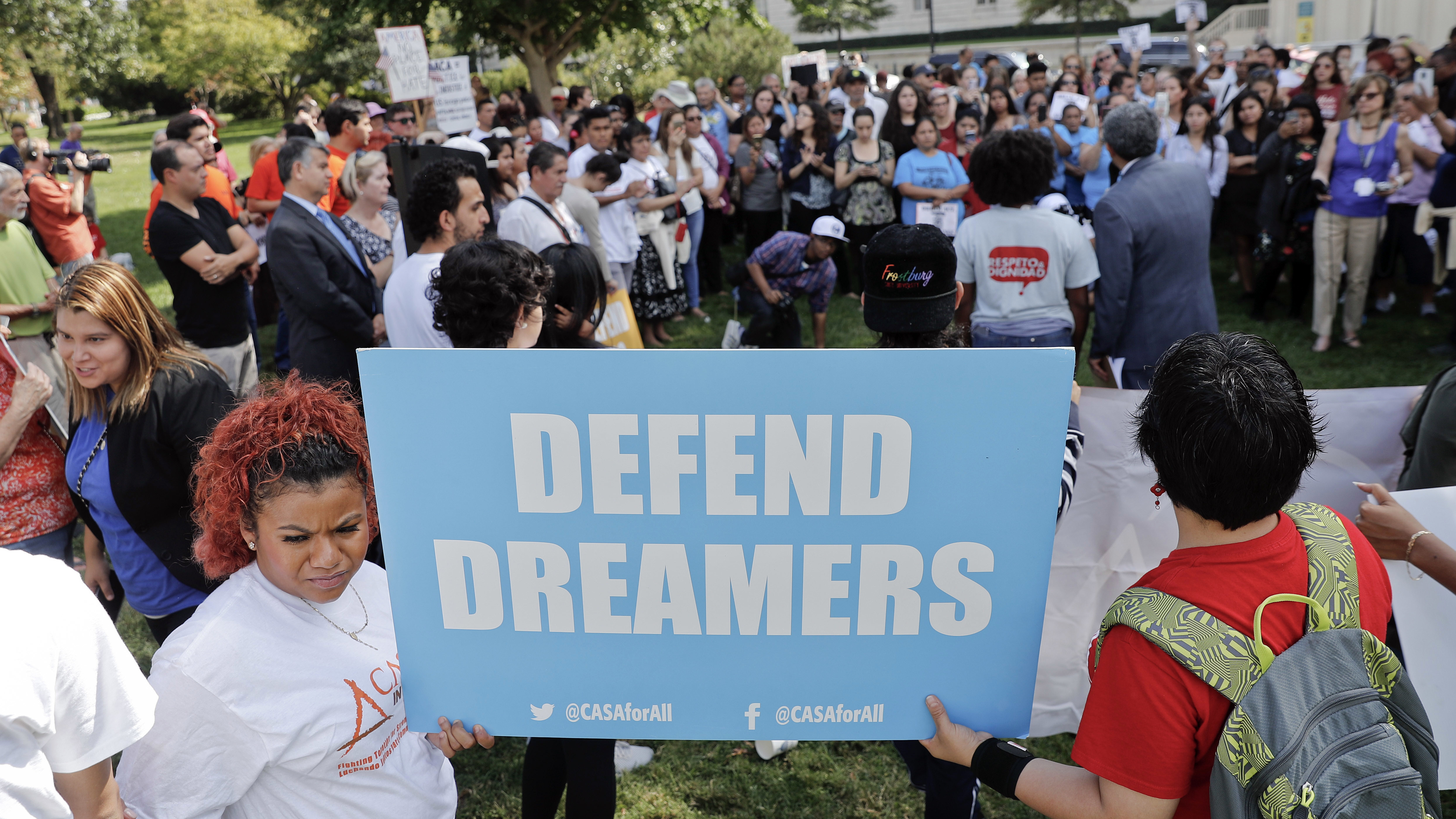 It’s an aggressive strategy that reflects the belief among many Democrats that the pressure on Republicans is so intense, that a discharge petition — or at least the plausible threat of one — would be effective in forcing their hand.

House Republicans, meanwhile, introduced a bill for border security measures, including $10 billion for the construction of “tactical infrastructure and technology” along the U.S.-Mexico border, including a wall. It would also increase the U.S. Border Patrol and Customs and Border Protection forces by 5,000 agents each. It’s expected to come up for a vote in the House Homeland Security Committee next week.

Top Democrats, however, still believe they have a partner in President Trump.

Following a dinner with Trump earlier this month, House Minority Leader Nancy Pelosi, D-Calif., and Senate Minority Leader Chuck Schumer, D-N.Y., said they reached an agreement in principle to work with Trump on a deal that would pair the Dream Act with beefed up border security measures.

Pelosi and Schumer also said Trump accommodated their demand that the deal not include funding for his long-promised wall on the U.S.-Mexico border.

Recently, Pelosi said on NBC’s Meet the Press she trusts the president to hold up his end of the bargain.

“I trust him on it,” she said. “I’m concerned about what he might come up with in terms of border security and the rest of that, but we have said no wall.”

Still, some Democrats — particularly members of the Congressional Hispanic Caucus — say they are nervous that concessions on border security elements could be a slippery slope that leads to more immigration enforcement being tacked onto the legislation, such as measures in the bill introduced by House Republicans this week to expand the number of federal immigration agents.

While DACA recipients wait for Congress to act, next week brings the first deadline linked to the phaseout of the policy. Dreamers whose protected status expires before March 5, 2018, have until Thursday, October 5, to apply for a two-year renewal, the Department of Homeland Security said in a news release Thursday.