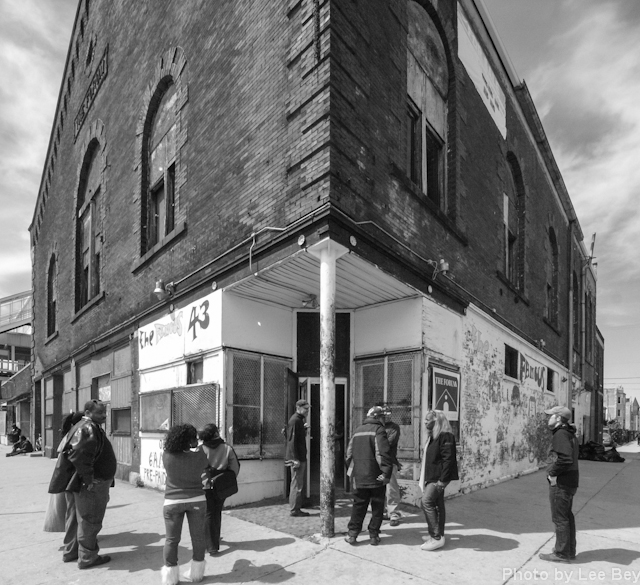 My camera and I visited Bronzeville's historic, but vacant, Forum Hall over the weekend.
The 113-year-old structure, which once played a role in labor history, civil rights, jazz and even the advancement of U.S. Communism, came close to being demolished by the city last year when inspectors found extensive structural damage and loose, falling bricks.
Now a new owner, Bronzeville developer Bernard Loyd, is trying to figure out what to do with the Forum. Located on the corner of 43rd and Calumet just east of the CTA's Green Line, reuse of the building and vacant adjoining storefronts could provide a spark to revitalized the bedraggled strip. But that will take time and money.
Lots of money.
For now, Loyd has repaired the loose bricks, has organized volunteer clean-ups of the building and is seeking input from the neighborhood and IIT architecture students. And when time allows, he opens the doors to let people have a peek inside, as was the case Saturday... 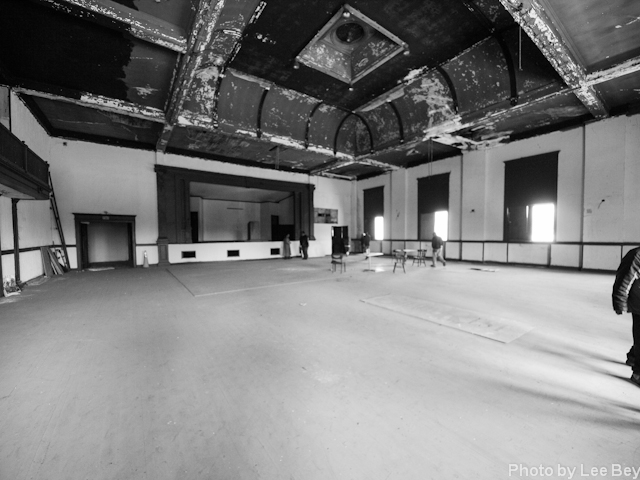 The photo above shows the heart of the Forum: The big second-story hall which has a stage, a small balcony, and an expansive floor. It hosted a 1913 plumbers ball; Community Party labor meetings in the 1920s and 1930s and the 45th national convention of black Elks lodges. As the photo below shows, the Elks had offices in the rear of the building. The late jazz upright bassist Milt Hinton cut his teeth in this space around 1930, according to his autobiography Playing the Changes. 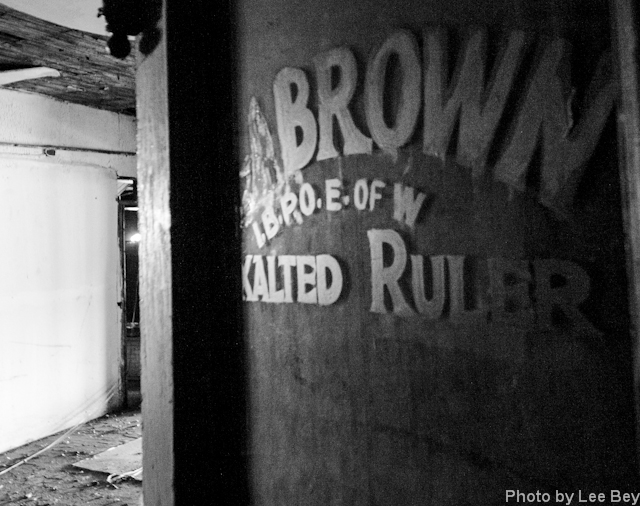 Below is a 1970s organ in a former lounge on the ground floor: 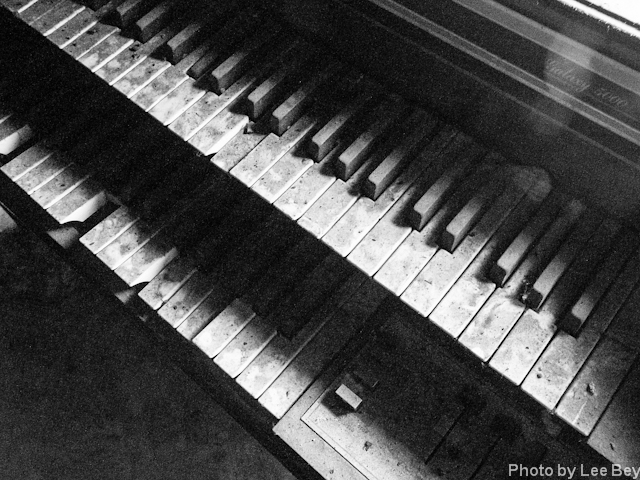 Loyd directs a tour of the building Saturday: 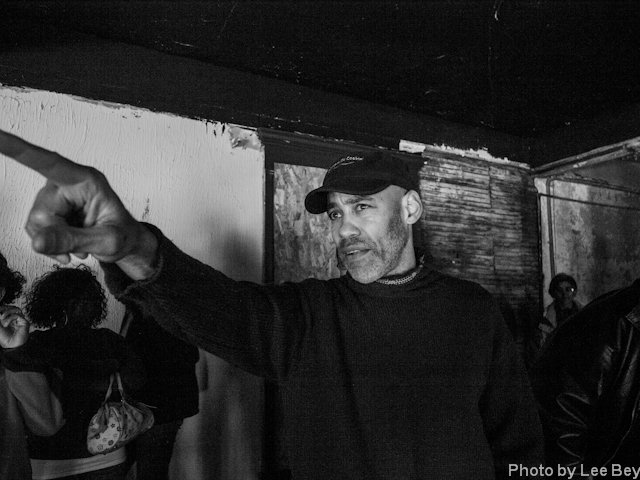 An old deck of cards on the hall's window sill: 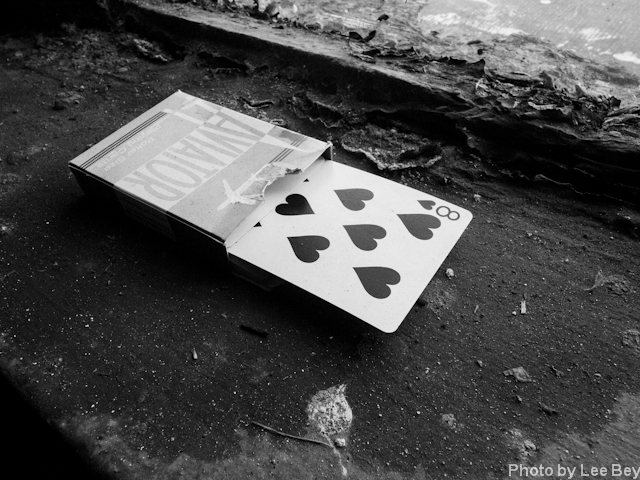 That old deck is a proper metaphor for the Forum. It's a gamble--a bit of chance--to resurrect the structure. Much of the back-of-house space is severely dilapidated with rotted away floors, peeling paint, exposed lathe, stripped-out fixtures and missing partition walls. Many spaces are so far gone, you can't tell what functions they originally served.

When Hinton played the Forum back in 1930, that stretch of East 43rd St was a dense commercial thoroughfare. And it remained the way, albeit a bit tattered, until the 1970s. But by 1988, much of what was there had vanished, replaced by the yawning city-owned lots that are there now. You look at the Forum--a building that could either symbolize a new beginning for 43rd Street or typify what's been happening there for 40 years--and you can't help but wonder what's really in the cards.